Android is the most popular operating system for smartphones. It comes with many great features and it can be customized according to the user’s needs. Though Android is considered as a very much secured OS, it lags behind in a few aspects. The latest Android smartphones are coming with great security features like fingerprint scanner to lock and unlock the phone but it is not possible to lock individual apps in stock Android. Few smartphone companies with custom UI now offers app lock option and allows users to lock your app with passcode or pattern or fingerprint. But most of the smartphone lack in app lockers for the Android option.

The smartphone is a personal gadget and security of the data in it is very important. A person would want to lock his apps for various reasons. Few people don’t lock their phone entirely because they think it can be a life savior for someone in an emergency. Nevertheless, they want to protect some apps which contain private information. Whatever the reason is, there must be a solution to how to put a lock on apps. Now we don’t have to worry about this problem anymore because there are many third-party App Locking applications or privacy guard apps available on the Google Play Store which we can download and use very easily.

Here is a list of the 8 best app lock apps for Android, available on the Play Store. See this list for locking apps to prevent unauthorized access and solve your query of how to put a lock on apps. 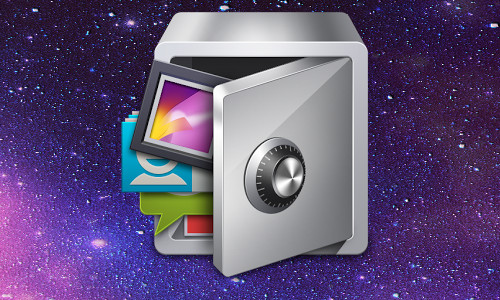 AppLock is the most famous App lockers for android by Domobile with over 100 million download. It supports 24 languages. It has a simple interface. The users can lock any app with this as well as they can lock WiFi, Bluetooth, mobile data etc.

This domobile AppLock also comes with an inbuilt vault to lock and hide all your private videos and photos. It can also lock the settings of the phone. You can add your recovery email id in the app so if you forget your password, it will send you an email to recover it back.

If you install the Advanced Protection plugin, nobody can uninstall the Applock. You can unlock the premium features of the AppLock either by enabling ads or paying for the premium version via a donation. 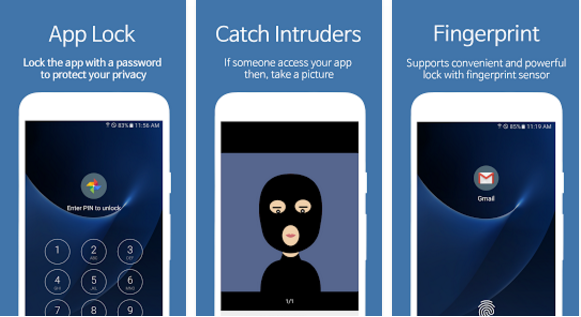 Smart AppLock is another great app lock which has some really nice features. You can set a pin, password, or a pattern to lock the apps. One of the best features of this app is its ability to take a picture of anyone who attempts to open the app with a wrong password and mail the picture to the owner who puts in his email id in the starting. It can fool the intruder by showing that the app has crashed too.

You also have the ability to lock WiFi, Bluetooth. It also allows you to lock outgoing or incoming calls. You can restrict the unlock attempts in this lock screen app. So, the app offers good options for your privacy. You can also lock or unlock your device remotely just by sending an SMS. The app size is just 3MB and it works very well. 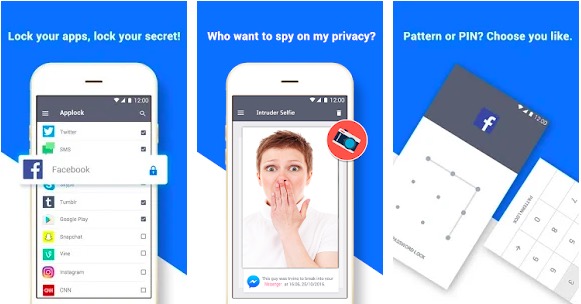 AppLock has the same name as the first app of the list but it is from a different developer. This app gives you the ability to lock apps, photos, videos, and other private data with password or pattern lock. This is a free app. You can download it and start using it. This app can also lock system apps including Contacts, SMS, Gallery, Videos, Email and so on. You can also use it to protect your social media apps like Facebook, WhatsApp, Messenger, Vine, Twitter and more. 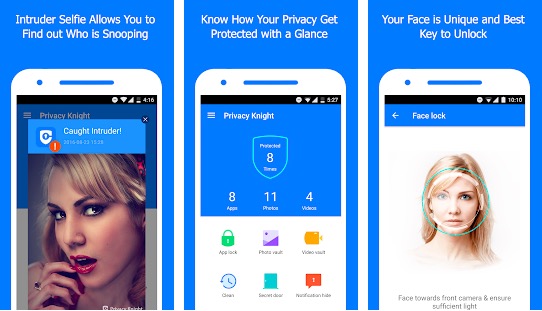 Privacy Knight Applock is also a popular app from the Alibaba group. This app is not much popular but worth to mention. It is a free app that doesn’t show ads as well. This app lets you lock your apps using PIN. Pattern, fingerprint or face unlock. You can also lock incoming calls using the app.

This app allows you to lock your apps to keep them safe from unauthorized access. It also gives you a vault to keep your photos and videos safe. If someone tries to unlock your phone without your permission, it captures a selfie of that person. 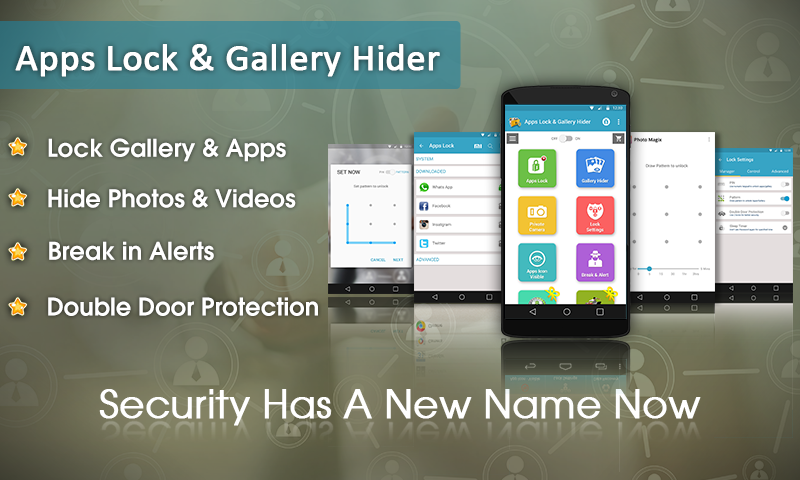 Apps Lock & Gallery Hider is another cool app which can lock any app on your android smartphone. I can even lock apps such as the dialer and the phonebook with this app locker app for android. It encrypts media, hides photos and videos, Cannot be uninstalled or killed by intruders and much more. 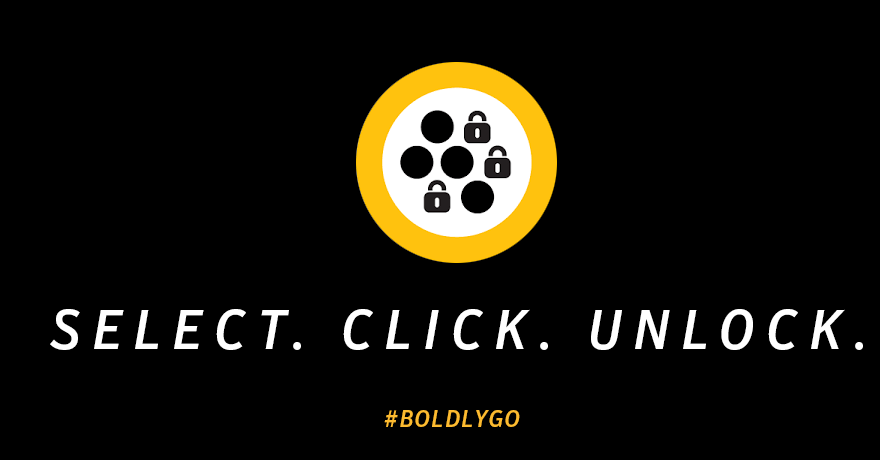 The popular Antivirus maker Norton made the app lockers for Android. With Norton App Lock, you can protect your apps and private data by using password, pattern or fingerprint. Norton App lock allows you to add 4 digit passcode. There is also a sneak peek feature that captures the photo of the person who entered the wrong PIN or pattern 3 times. It is free & ad-free app locker App for you. 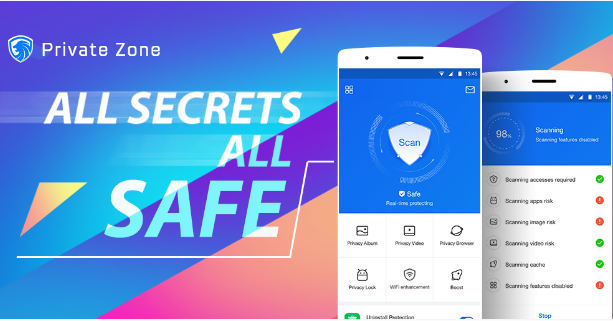 LEO Privacy Guard is another highly used app locker with over more than 50 million downloads. There are many features which distinguish this app from its competitors. It can lock and unlock an app based on your time and location settings. For an example, you have locked the Facebook app when you are at work so no one can open it but when you come back home at night, the app unlocks automatically. 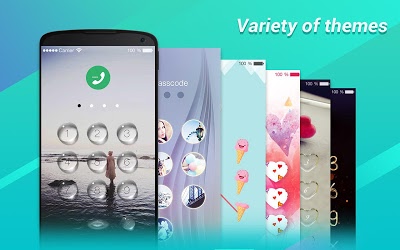 App Lock is again one of the best app lock for Android in the list. It is simple to use yet powerful. It can lock all your apps and will never make you worry about your private data again. Users have to set security questions with answers so that if in future anyone forgets his password, he can recover it back by answering to those security questions. 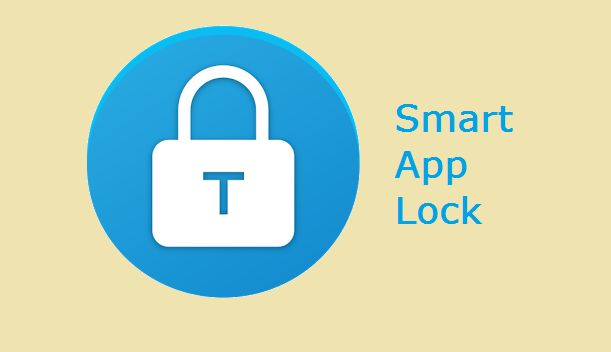 Smart AppLock 2 is also a very popular and highly used app locker app. It can lock all your apps and block various features such as incoming and outgoing calls, changing Wi-Fi setting, changing phone settings, etc. With smart AppLock 2, you can store all your private content like your secret pictures and videos in a vault which is also protected by a password.

It is mentioned in the app that unlocks with the fingerprint is only for Samsung devices. This AppLock for Android is light and uses less memory. 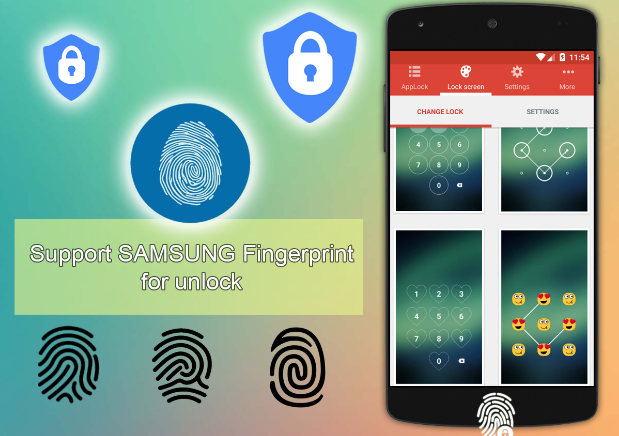 Apps Locker Master is also a nice app locker which works on your smartphone. With a simple and user-friendly interface, it makes it very easy to safeguard your apps without any hassle.

It comes with many nice features to lock and unlock your apps with pattern and PIN passwords. As this app works perfectly fine in the landscape mode too, it makes it an ideal app to be used on tablets. 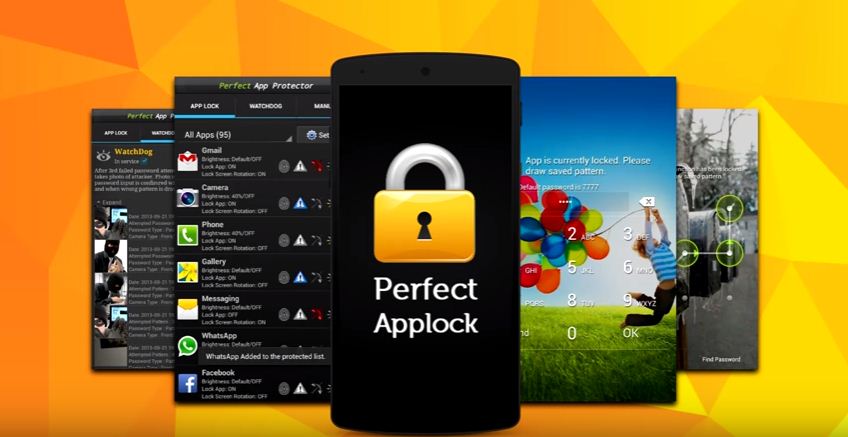 This app also has the same feature as the other locking app. But it has a unique feature named Stealth Mode that can hide the app from the Launcher or App menu. It provides lock by using a pin, pattern, and gesture. It also provides the fake fingerprint, Rotation lock support, Watchdog.

The watchdog takes the picture of the attacker after the third attempt of the failed password. It also locks the Wi-Fi, 3G data, Bluetooth, Sync etc.  it has a feature of remotely start AppLock service using SMS command.

Now, you have the list of best App lock apps for Android. If you want to keep a few of your apps protected with password or fingerprint, you can use any of these apps. We recommend you to use Domobile AppLock. But you can try any of these apps to keep your apps protected. No one else can access your personal data and app without your permission. By locking apps, you can make sure that you are the only one who is updating your status.

Tell us about your favorite App Locker on comments down below. We will test that and compare with existing list. If that is good enough, I will surely add that in this list.