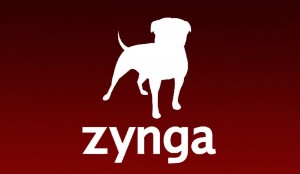 Zynga which started as a social gaming platform with Facebook still plays an important role in Facebook’s revenue. Zynga has many successful games like Farmville on Facebook which earns good money for both Zynga and Facebook.

Facebook earns from the virtual goods that are sold by Zynga, of which Facebook gets a cut, and to the advertising that the company pays for to attract potential players to its products. But last year, Facebook and Zynga had some problems in relationship and Zynga also launched a different web based gaming platform which is independent from Facebook.

After the launch of differnet platform for gaming, Facebook records some decrement in revenue. Zynga share about 15 percent of the Facebook’s revenu for the quarter ending on March 31, 2012. During the same quarter of 2011, the figure stood at 19 percent. It clarifies that some of the social gaming revenue is now not linked with Facebook.

In SEC filling, Facebook said, “Zynga has recently launched games on its own website and on non-Facebook platforms, and Zynga may choose to try to migrate users from existing Facebook-integrated games to other websites or platforms.”

It added, “We may fail to maintain good relations with Zynga or Zynga may decide to reduce or cease its investments in games on the Facebook Platform. If the use of Zynga games on our Platform declines for these or other reasons, our financial results may be adversely affected.”