Astronomical Telescopes are now becoming a trend as a hobby because of increasing interest in Astronomy and stargazing activities. If you are also a nature lover and have a great interest in stargazing, you have to buy an astronomical telescope. Buying a space telescope for beginners completely depends on what you want to look through it. Basically, people use it to study the stars and planets.

Almost every beginner in this field gets cheated by telescopes sellers. They will say great things about magnification and look that may lead buyers to a bad choice. Technically speaking, a telescope never magnifies the astronomical objects, it collects light and diverts it to the eyepiece.

There are two important things to keep in mind while buying an astronomical telescope:
1. Aperture
2. Focal length

Below is the list of best astronomical telescopes for beginners, choose wisely as every telescope is unique and have special features.

Below are thebest astronomical telescope for beginners. If you have interest in stargazing, you can buy one for your research. 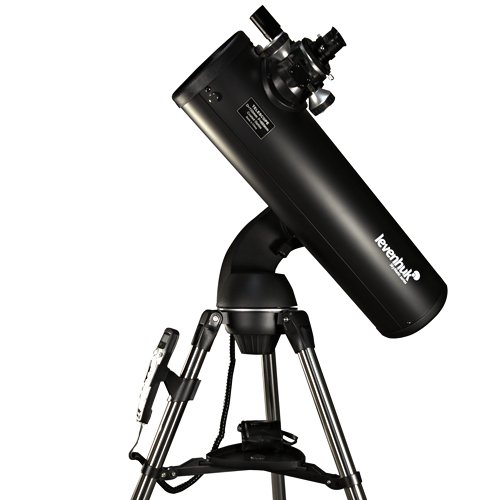 Levenhuk SkyMatic 135 GTA 18114 one of the best astronomical telescopes. It is a Computerized reflecting telescope with GoTo function but it has one distinctive quality. The SkyMatic GoTo mount can be powered by an external 12V battery pack. This telescope based on reflector optics which means it uses mirrors for focusing the light that comes with it.

Buy It from here: Amazon 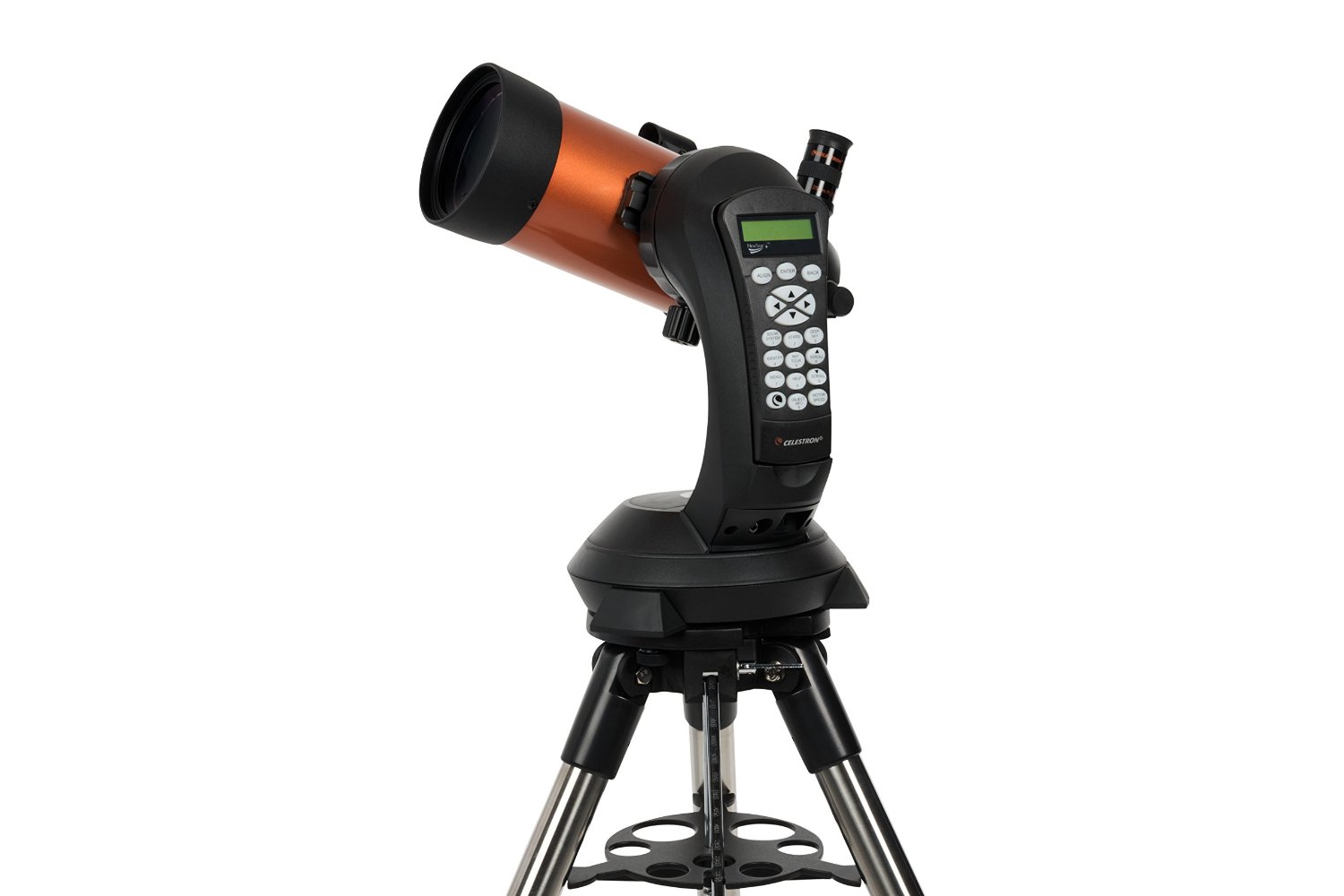 Celestron NexStar 4 SE Telescope has compact and portable size yet powerful features. This telescope for beginners possesses special technology named SkyAlign which allows the telescope to align automatically when directed at three points in the sky. The NextStar 4SE has SkyAlign system for pointing and tracking around 40,000 objects in its database.

Buy it From Here: Amazon 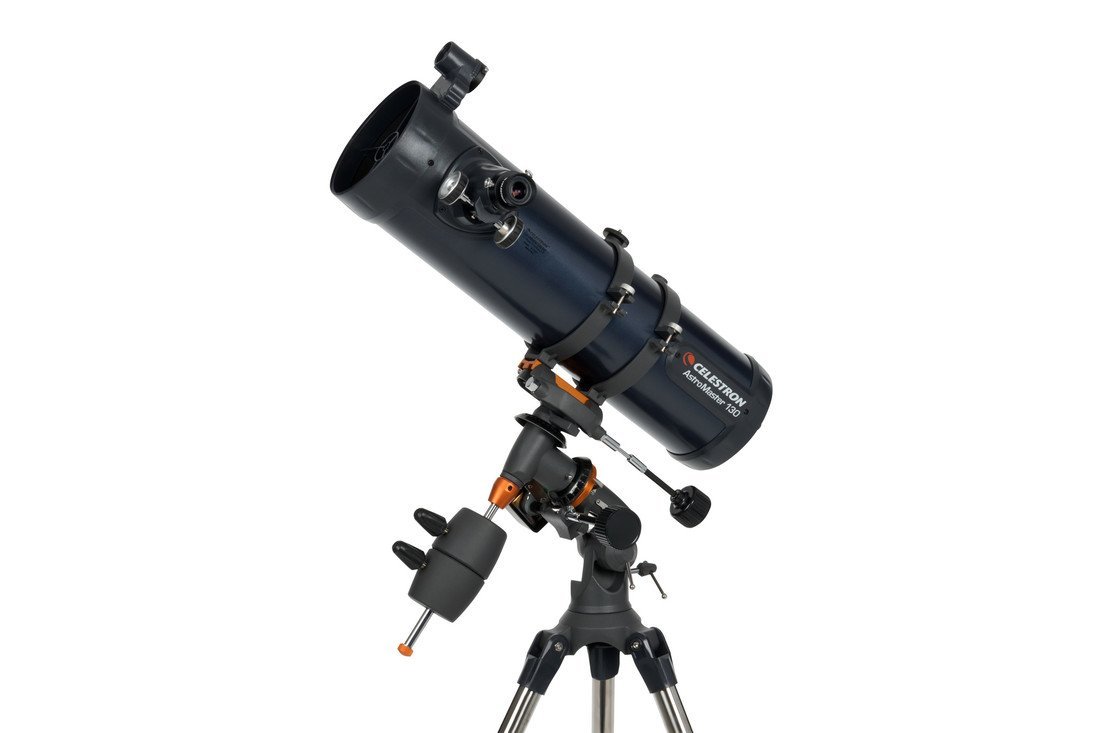 Celestron AstroMaster 130 EQ Telescope is for the best telescope for beginners. It is not meant for the experienced person. If you are looking for your first telescope then this is indeed one of the best options. also, If you’re looking for a dual-purpose telescope that appropriates for both terrestrial and celestial viewing, this is for you. It is not very costly like other telescopes with the same aperture. 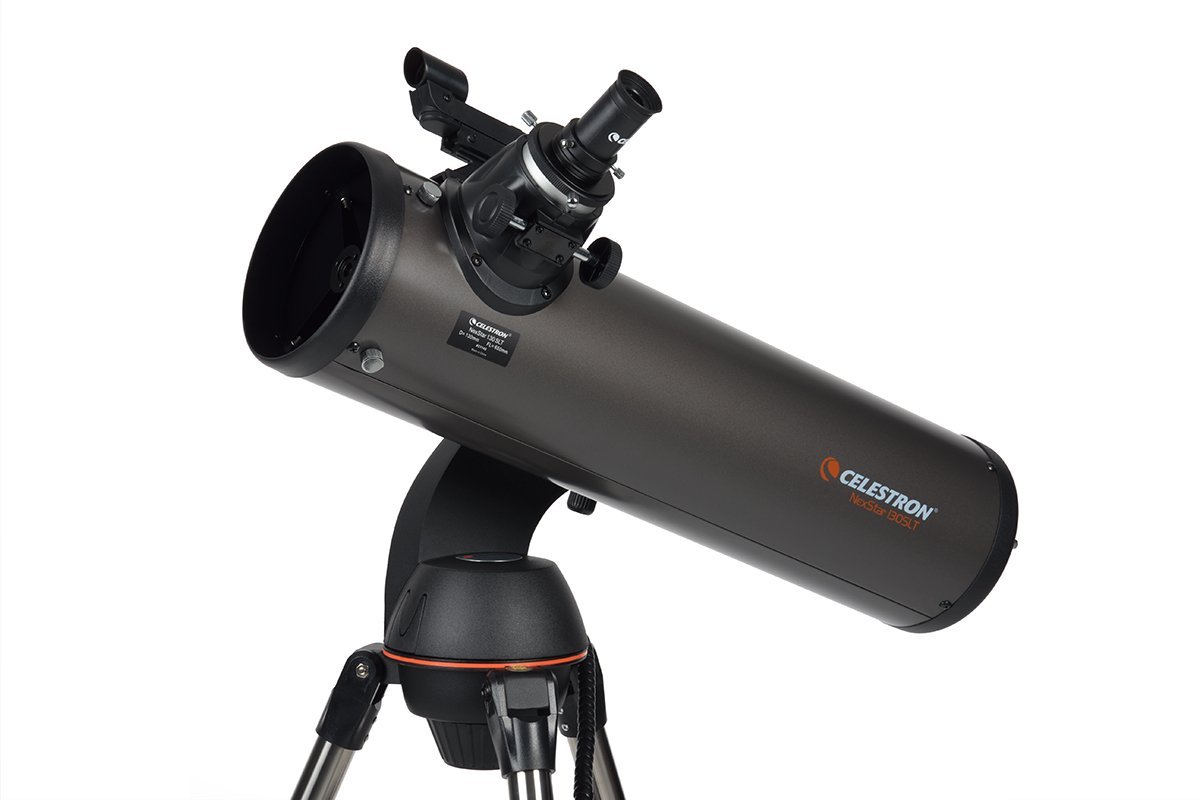 Celestron NexStar 130SLT Telescope comes with a fully computerized hand control. The computerized hand control adds an ability to automatically slew to any of its 4,000+ objects which also includes over 300 clusters, 600 galaxies and dozens of beautiful binary stars. This telescope for astronomy is based on the Newtonian design that produces bright images over a wide field of view. This telescope is very easy to use. It can also be used by an experienced person in this field as well as beginners. 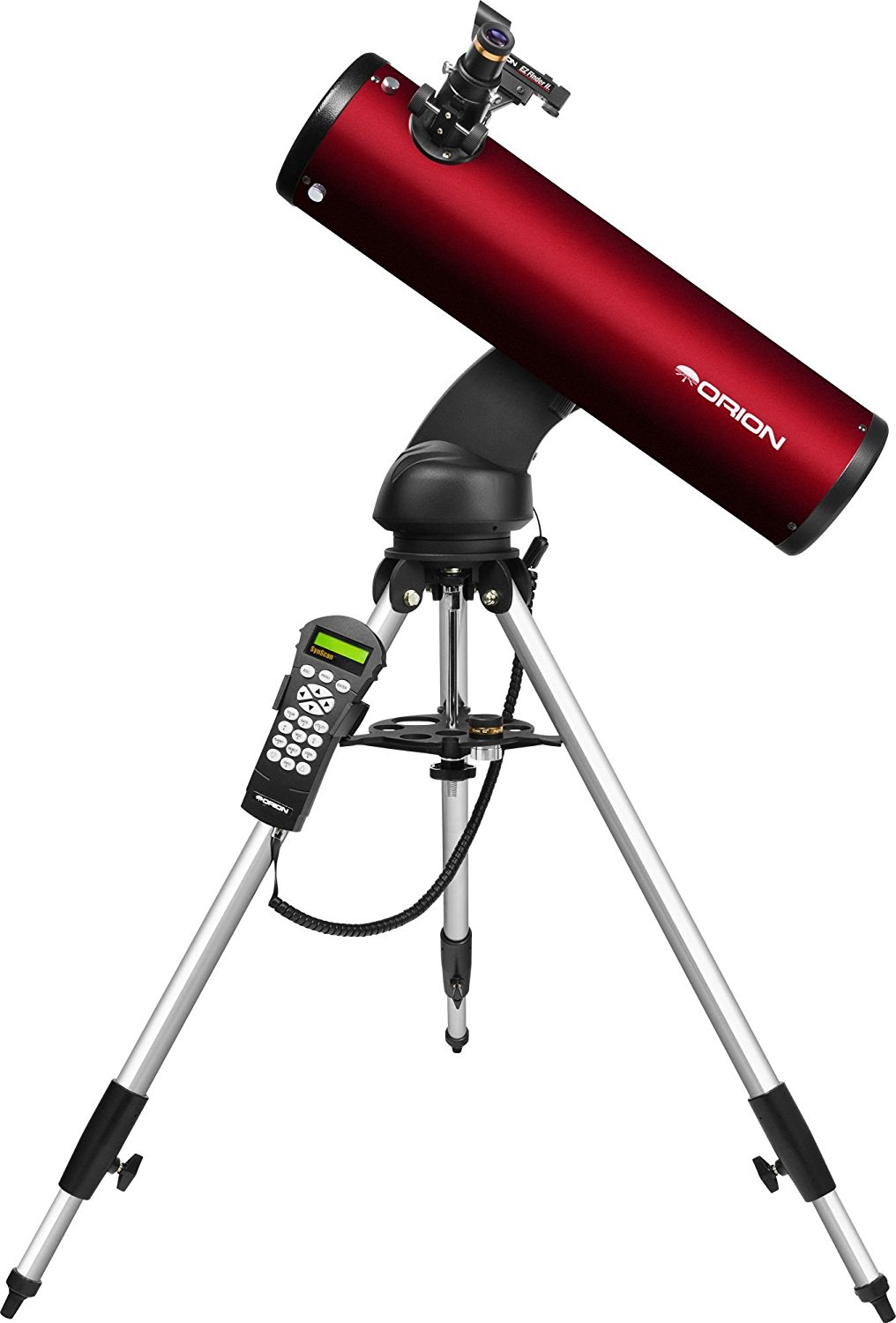 Orion StarSeeker IV 130 telescope for beginners gives very clear and detailed views of all kinds of celestial bodies like the moon and other planets. It has go-to features that make this astronomy telescope easy to use and find planets, stars, and galaxies to explore. 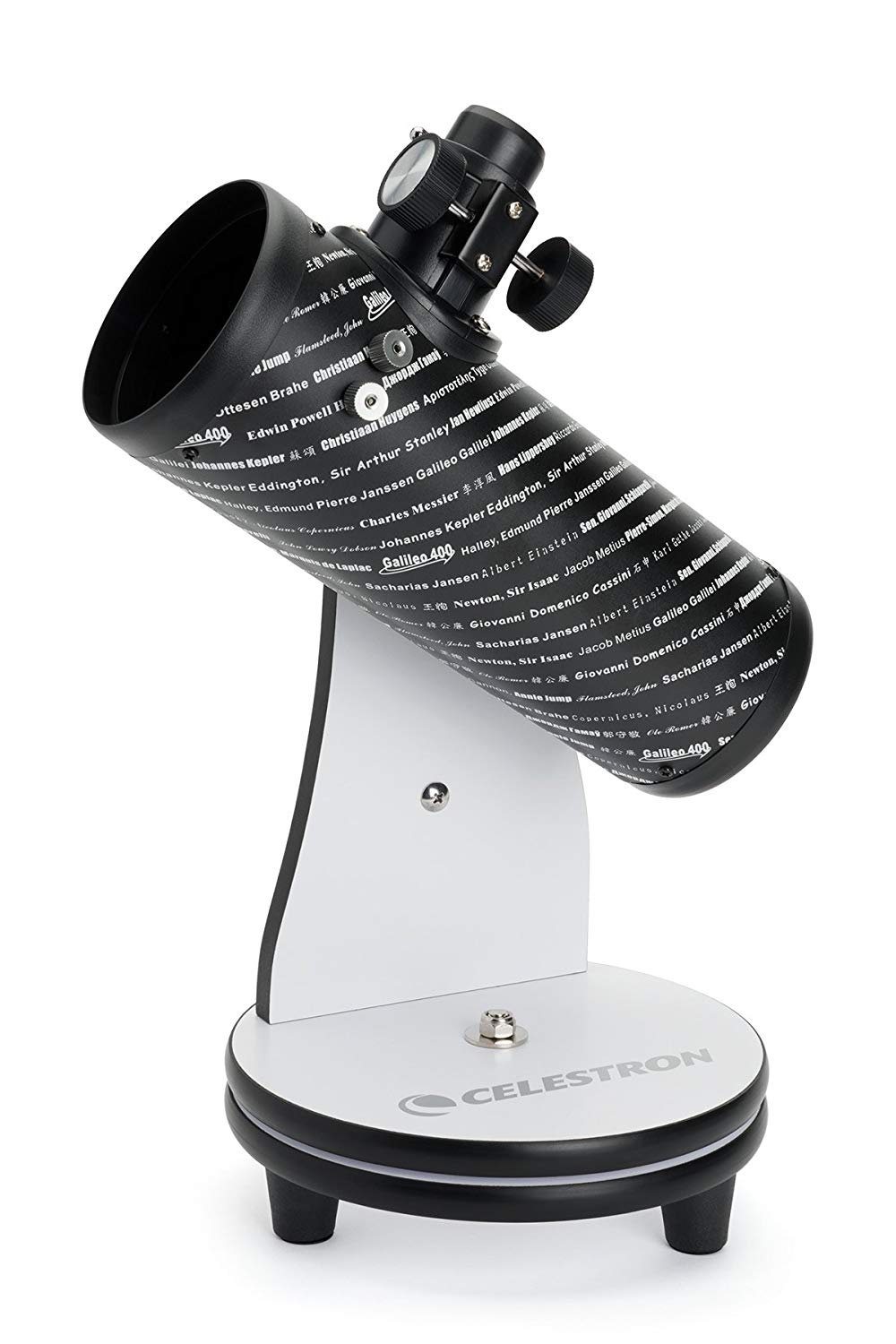 This is best best telescope under 10000 INR that you can buy if you beginer in astronomy. The Celestron Speciality firstscope is a reflector type telescope with 76mm of aperture and it has a smooth tabletop Dobsonian mount which is usually found in premium ones. It is light weight and portable. It supports large 180x of maximum useful magnification in this price range. 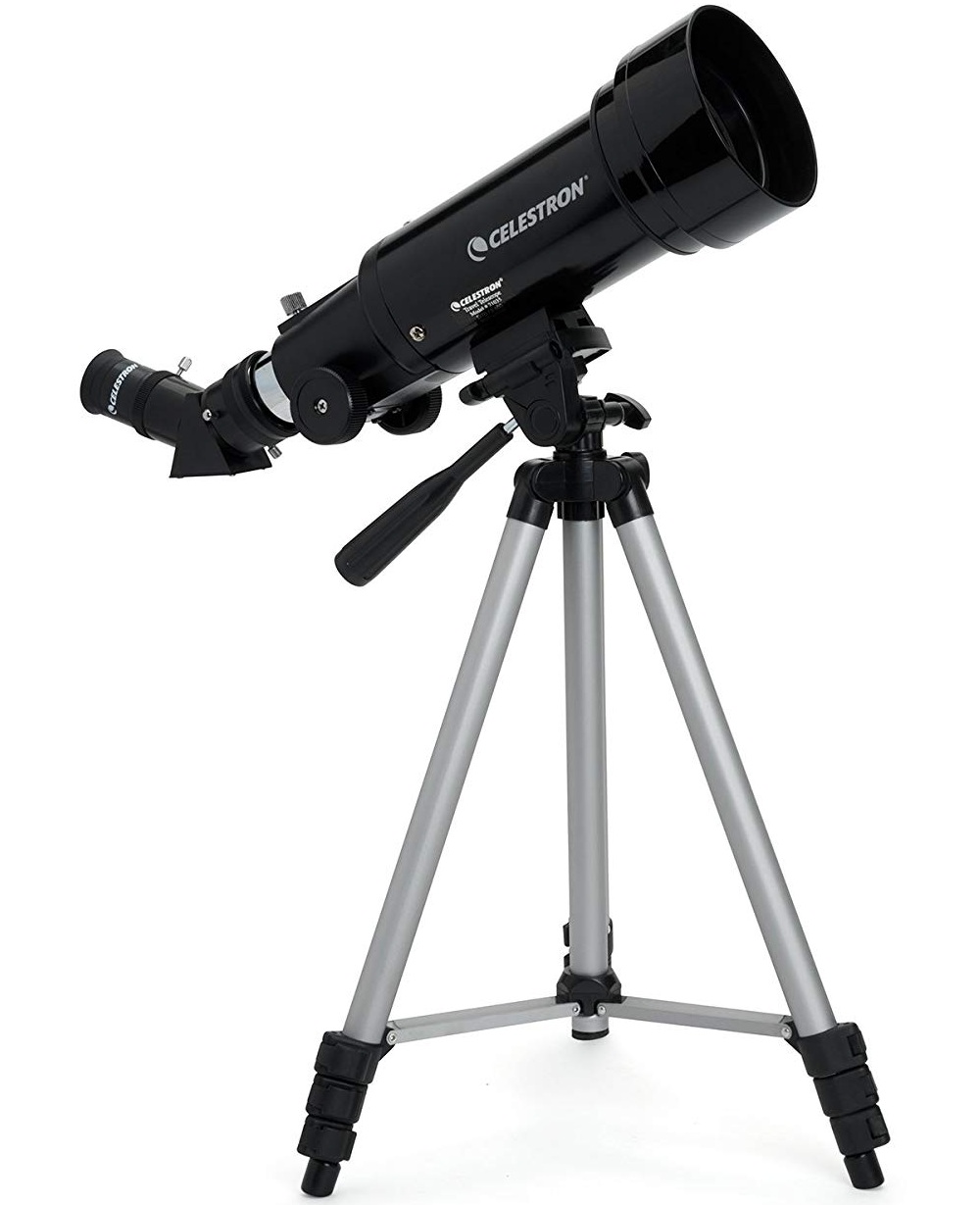 The Celestron Speciality Travel Scope is another budget telescope by Celestron for beginners. It has 70mm refractive aperture fixed on a 700mm of focal length with magnification up to 165x. You can clearly see the Jupiter and its moons from this telescope but beyond that the things get unclear. 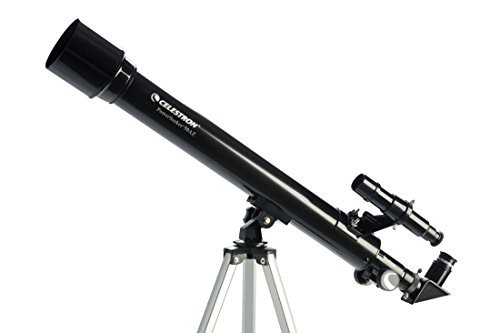 Celestron PowerSeeker Telescope has refractive lens of 50mm. This budget telescope has 600mm of focal length which magnifies maximum of 118x. It is lightweighted telescope with 2.5kg of weight. 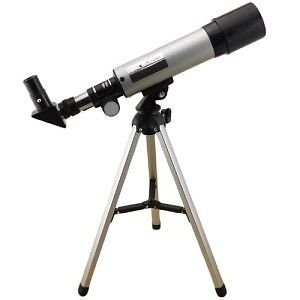 Land And Sky Astronomical Refractor Telescope has 50mm aperture, 360mm of focal length and four different magnification values including 18x, 27x, 60x & 90x. This is the Indian product with strong metal body which makes it durable. This telescope is especcialy designed for beginner and you can use it for regular observations like moon watching and nature viewing. So, it is not for professional observers. 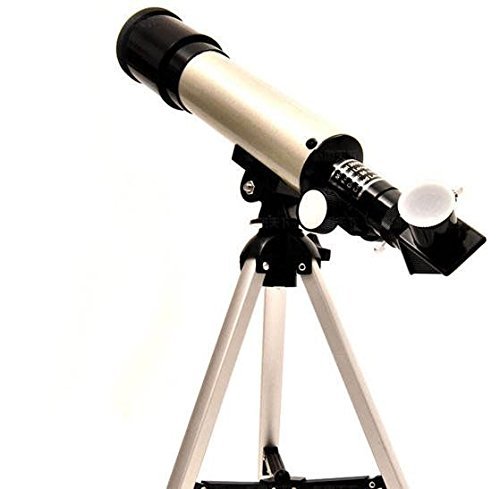 GOSFRID monocular telescope is similar to above one. It has 50mm of aperture and 360mm of focal length with maximum magnification of 90x. You can use it for regular observations like moon watching and nature viewing but it is difficult to see panets with this telescope.

These are the best telescope in the market for beginners. If you know about any other telescope that is better than these, do tell us. Happy shopping.