7 Best Apps to Take Scrolling Screenshots on Android and iOS 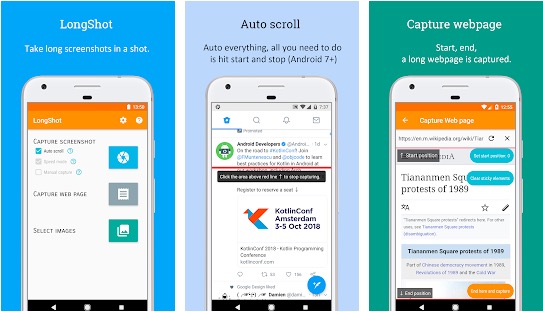 This is an Android-only app and is free to download. This doesn’t add any watermark. 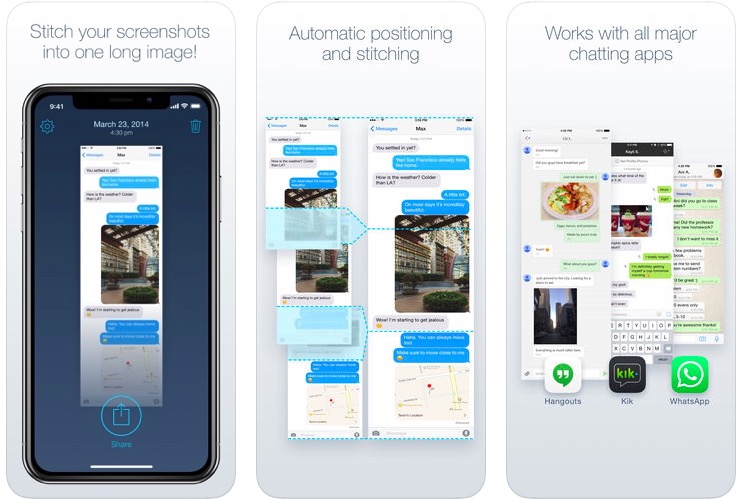 Tailor is an iOS that lets you capture a long screenshot on your iPhone or iPad. You can use this app to capture screenshots of other apps as well. SO, you can capture chat conversations, Articles, web pages are more. Just take some overlapping screenshots and Tailor will stitch them together for you to make a long screenshot. There is no need for manual alignment, cropping, or blurry stitches. 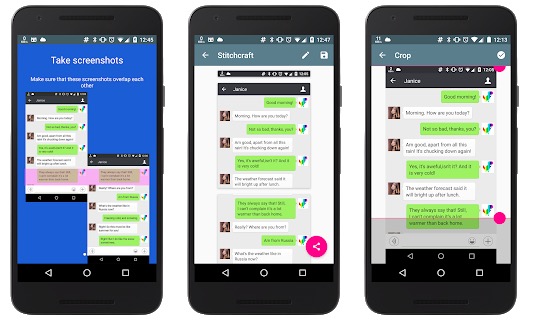 Stitchcraft is another interesting app that lets you capture scrolling screenshots. You need to capture screenshots manually and then use the app to stick them together. Make sure you are carping a common area between screenshots. It stitches screenshots together but you can also do the processor manually if you need more control.

This app works with web pages, third-party apps, and message threads. It also includes an annotation tool and makes it easier to share screenshots on social networks. 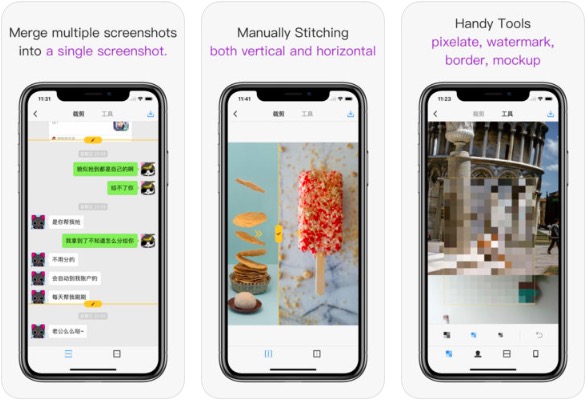 Picsew is for iOS devices and lets you capture long screenshots. The app merges multiple screenshots into one to create one screenshot of the whole web page or conversation. The app uses automatic stitching but you can also choose to do it manually. It supports both vertical and horizontal stitching. It also includes some editing options. It lets you pixelate faces or sensitive information. You can also add watermarks and borders. It works with all scrollable content including third-party apps like WhatsApp, Facebook, and Twitter. 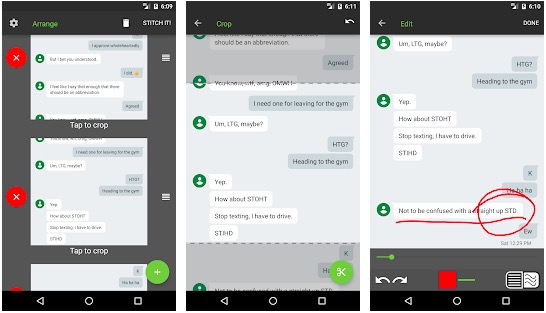 Stich It is available for both Android and iOS 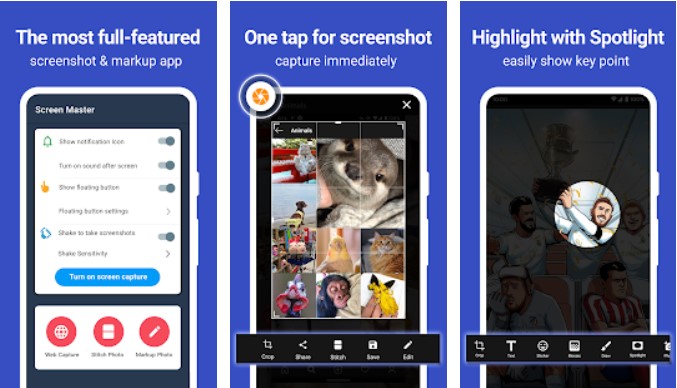 The Screen Master is a free, easy-to-use screenshot & photo markup tool. You can capture the screen by touching the floating button or just by shaking the device. You can take screenshots on your tablet, phone, or other Android devices with the help of this app. Screen Master also provides many features like crop, add text, pixelated image, draw arrow, rect, circle, and more. It lets you easily edit and markup your screenshot and quickly share it with anyone. 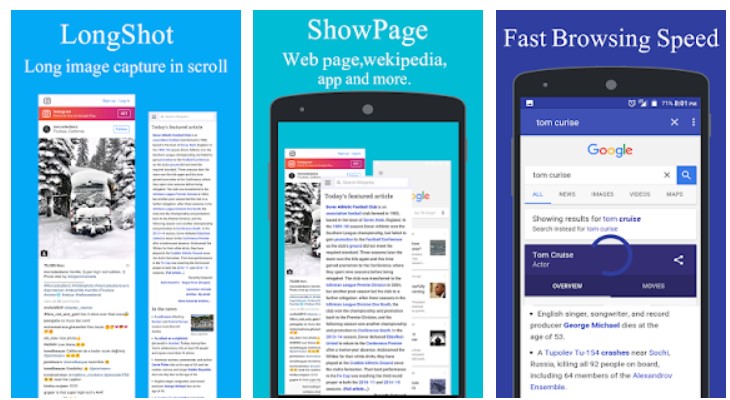 Web scroll capture helps in capturing web pages, or long picture that needs to scroll. You can easily view the captured webpage or long screen on your phone. You can also turn any webpage into a PDF file to make notes and to save the web page for reading offline.