Clubhouse is a new social media app that recently got popularity. This audio chat app lets you join groups and listen to live conversations. You can also participate and put your own views in the conversation. Several notable personalities appeared on different Cloudhouse groups making It quite popular. But the app isn’t easy to join. As the Cloudhouse app is still in beta, the app requires you to have an invite to join. The app is also only available for iPhones. Android users are still waiting for Cloudhouse. Even if the app isn’t available for everyone, it still has over 8 million downloads. This shows how popular this app has become in a short period of time.

Twitter is a popular microblogging service where we can share our thoughts in a short text. The company recently released a Clubhouse-like feature called Spaces. Here users can create a voice chat room, invite other users and talk about different topics. Anyone can join and listen to the conversation. To start Spaces, you just need to long-press the Compose button on Twitter and select Spaces. You can also tap on your profile image under Fleets and select Spaces. This option is slowly being rolled out. So, not all can create Spaces for now.

Anyone can join in and listen to your Spaces. But you can select who can speak by selecting one option from Everyone, People you follow, or Only people you invite to speak.

It is worth noting that protected accounts can’t create Spaces but they can join and listen to conversations in other Spaces. Download: Android | iOS 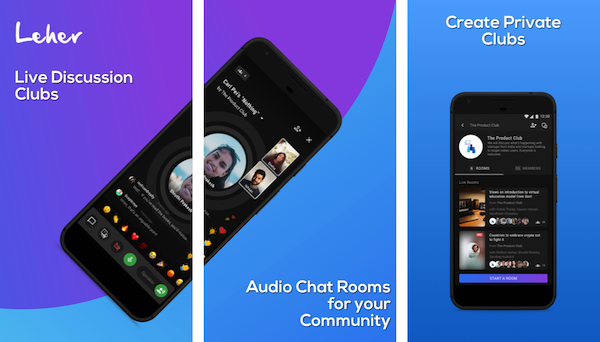 Leher is an Indian app that lets users have live video and audio discussions. The app helps people meet new peep and grow the network. So, it also features video discussions but the audio discussion feature is similar to what we get in the Clubhouse. The app has a discoverable feed where you can find interesting clubs to join and listen to conversations. Leher app lets you search for trends, topics, and users.

The app is available to all users on Android and iOS. So, anyone can join for listing to interesting conversations. You can also start your own club and invite people to join and talk on a certain topic. Influencers and Content creators also have an option to monetize their audience through live discussions. 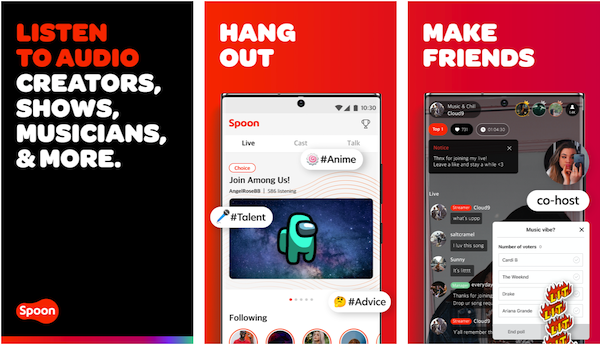 Spoon is also a good alternative to Clubhouse that brings public audio conversations. The service also boasts to have over 30 million users. You can start your own audio live streams or start a music room. Several users also use it as a live podcast platform. Just like Leher, Spoon also lets users monetize their conversations. Anyone who starts a conversation can also invite guests to co-host. There is also an option to record your whole conversation.

Users can sear and explore trending conversations on different topics. Users who are listing to a conversation can also post a 30 seconds voice message. The only downside of this app is that a stream can only be of up to 3 hours. 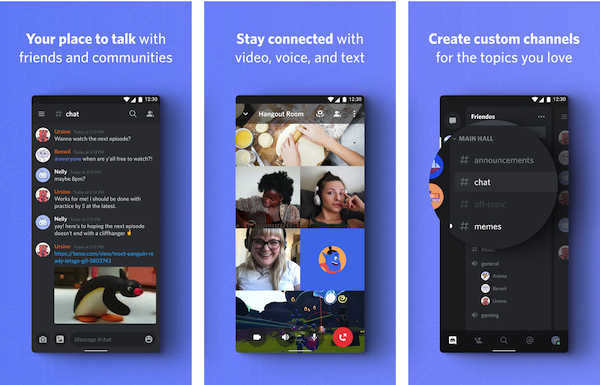 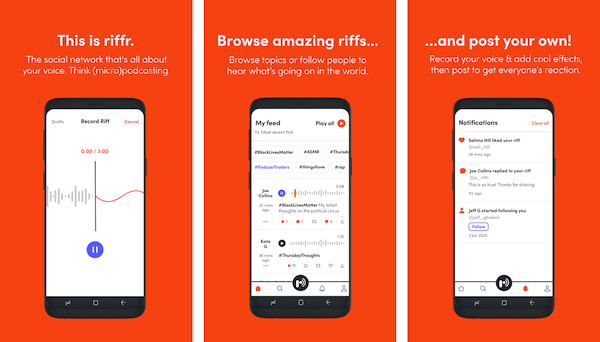 Riffr is a micro podcasting platform where users can create short riffs. Riffr can be up to 3 minutes long. Basically, the app lets you send and receive voice notes of up to 3 minutes. Just like you do on WhatsApp on Instagram. But Rifer is actually a Twitter-like app where people share voice notes. The app’s timeline is filled with these audio clips shared by users. These clips are also separated into categories so users can select based on the area of interest.

In the coming days, there will be a few more Clubhouse-like apps. Facebook and LinkedIn are already working on the same. Some Indian startups have also released the Initial version of their Clubhouse rivals. Instagram could also get a similar feature where users can host audio conversations. If you didn’t get invited to job Clubhouse or you are on Android where Clubhouse isn’t available, try these Clubhouse alternative apps.