Facebook App For Android Is Asking For “Superuser” Permission

Facebook has been facing criticism over its data and privacy policies for past few months, but it is not learning anything from it. Now, Facebook is again in news for a wrong reason.

Facebook app for Android has been asking for Superuser permissions. If a user deny, it keeps asking until the user grants permission.

Several users who received the Superuser request from the app posted the screenshot on Twitter. 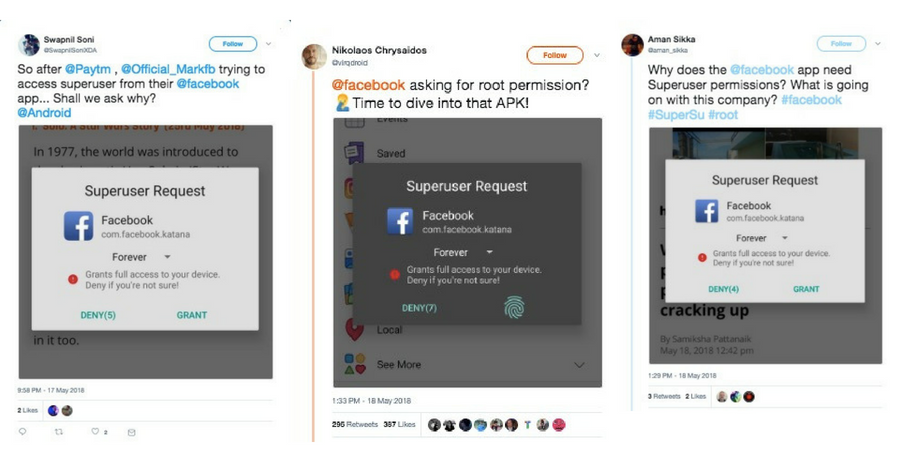 It was also reported that the issue could be because of a coding error. Avast mobile security researcher Nikolaos Chrysaidos took a look on the app source code to find the reason and found that the issue is because of a third-party SDK used in the app. WhiteOps SDK, used for detecting ad fraud, is said to be the reason behind this Superuser permission.

Along with other various checks. Facebook is probably integrating WhiteOps SDK and they forgot to re-implement the ROOT checking functionality. pic.twitter.com/NUDwQEkBFN

Whatever is the reason, Facebook is again at the wrong end and the timing is also wrong. The company has already facing bad time due to Cambridge Analytica scandal. Now asking for Superuser permission will add fuel to fire.