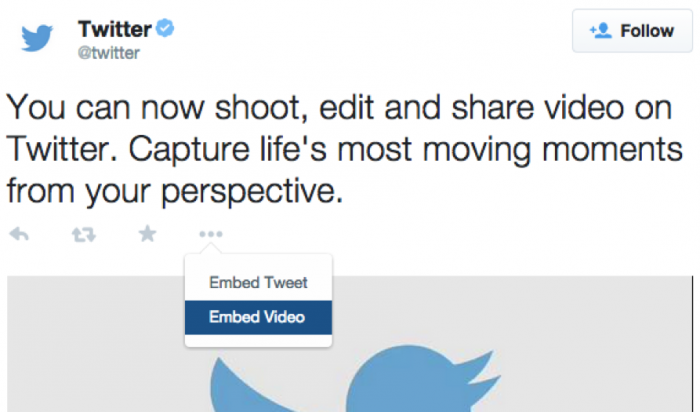 Next copy the HTML code and paste it in your website where you want this video to appear. This video widget displays the full tweet when someone clicks on Twitter logo.

“Video embeds are available for videos captured and uploaded through Twitter’s applications for iOS and Android as well as Twitter Amplify partners,” Twitter confirms.