Karbonn Mobile has launched a new big screen smartphone Karbonn A30 in India. Karbonn A30 features a 5.9 inch touchscreen display and runs on Android 4.0 ICS. 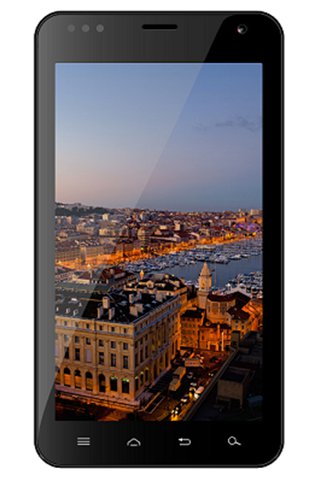 Karbonn A30 is powered by a 1 GHz dual core processor that promises to give improved gaming performance.

It features a 8 megapixel camera with LED flash and a 1.3 megapixel front camera for video calls. Internal storage of this smartphone expandable up to 32 GB via microSD card. It also comes with popular social media apps including Facebook, YouTube and many other.

Karbonn A30 Features and Specifications

It is available online for Rs.10990 from online retailer Saholic. It also shows that smartphone comes with 12 months manufacturer’s warranty.

At this price, this big screen smartphone will compete with the Micromax A110. But it comes with bigger display that A110. Karbonn and Micromax are ruling the low cost tablet and smartphone market. Although Micromax has better reputation among consumers, Karbonn is trying all its way to beat it. karbonn also has a big range of smartphone in all categories.