Gaming is not just a time pass or hobby. It has now become a career. Esports has become quite popular and players earn millions by winning esports competition. Several gamers also earn by streaming their gameplay. You may have seen videos of gamers playing games live on YouTube or on Facebook. Gamers not just become popular by streaming their gameplay, they build followers and earn. If you also play games, you can think of streaming your gameplay live. In this article, I am listing the best video game streaming platforms where you can stream your live gameplay.

If you are also thinking to start game streaming, you should select the platform wisely. You need to first understand what platform is popular in your country. All these game streaming services are good and offer goof exposure. Twitch is quite popular in Europe but YouTube gaming gives better exposure in India. So, you need to do a bit of research. You can also stream across all the platforms by using Restream. Restream lets you stream a video on multiple platforms. 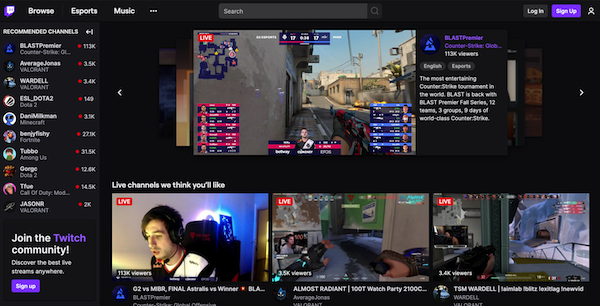 The process of a live streaming setup is easy. You can use OBS, XSplit, or Elgato Game Capture like software. Console users can use a capture card. Then use the Twitch stream key with your live capture software to stream games on Twitch. Even if your gaming PC is capable of streaming 1080p @ 60 fps, you cannot until you are Twitch Partner.

After you have good views and followers, you can obtain the “Affiliate” status. Once you are an affiliate, you get access to monetization tools and streaming capabilities that regular streamers do not. If your channel gets significant engagement, you can also be selected as a Twitch Partner. TO give you an idea, little more than 1% of total streamers are Twitch Partners.

So, you need to first build an audience to reach the Affiliate status for making money on Twitch. For building an audience, you can use other social media platforms to bring your followers here on Twitch. 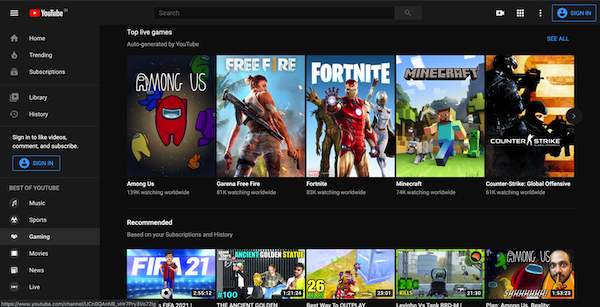 If you know SEO and keyword optimization, you can quickly build an audience on YouTube. YouTube also lets you monetize your videos in the same way you do for regular videos. You need to have at least 1,000 subscribers and 4,000 views to join the YouTube partner program. Then you can start earning by AdSense and YouTube Partner program. YouTube also has a donation option where your followers can donate your money in the form of tips.

That means monetization is easy on YouTube Gaming as compared to Twitch.

Microsoft-owned Mixer is no more and Microsoft suggested all gamers join Facebook gaming. That has made Facebook gaming quite popular as it got several users from Mixer.

Facebook’s game streaming interface is the same as on Facebook Live. You need to create a Facebook page and set it to the game content creator for game streaming. Then you can use software like XSplit, Elgato Game Capture, or Open Broadcast Software (OBS) to live capture and stream. Just like in Twitch, you need Facebook’s API key for streaming setup. Facebook’s Creator Studio is the place where you can manage your clips and go live.

Facebook also gives the option to monetize your streams. Once in the Level Up program, viewers can support you by giving starts. Each star is worth 1 cent. Once you reach the Partner level, your viewers can now subscribe to your channel at $4.99 a month. Facebook manually reaches to creators for the partner program. We are not sure what exactly is the criteria. Certainly, you need to get good views.

Facebook lets you share your stream to pages, groups, and on your profile. So, it is easier to promote your stream. But getting targeted views is still important for success.

Caffeine.tv offers its own card software to live stream but can also be integrated with third-party apps, such as OBS. Everything is easy to set up and the community here is also helpful.

Unlike Twitch, it is easier to get viewers Here. If you play a game that is not being played by popular streamers here, you will certainly get tons of viewers easily.

There’s a Caster Program where streamers can win prizes for streaming. Like other game streaming platforms, you get a monetization option here. Viewers pay for stickers with gold currency and then reward stickers to streamers. Once you generate $200 worth of gold, you can case out with any payment site like Paypal.

There are several other game streaming platforms like NimoTV and MobCrush, but I am not much hopeful about them. Platforms I added in this article are beneficial in terms of earnings and streaming experience. YouTube seems a better option because you know when exactly you will start earning. You just need to hit the monetization criteria. Twitch is hard in terms of monetization, but it is the platform where you get interested viewers who want to watch your gameplay. Facebook is now gaining popularity.

If you are a serious gamer, you can use restream and start streaming across these platforms at once. This will give you a better idea of what platform is working for you. You will have to test several timings to understand what time is suitable for going to live while playing games.