Samsung W2019 features a 4.2-inch (1920 x 1080 pixels) Super AMOLED dual displays on both sides of the flip. With dual display, you can use the phone even when the phone is closed. The phone is powered by Snapdragon 845 with 6GB RAM and Adreno 630 GPU. 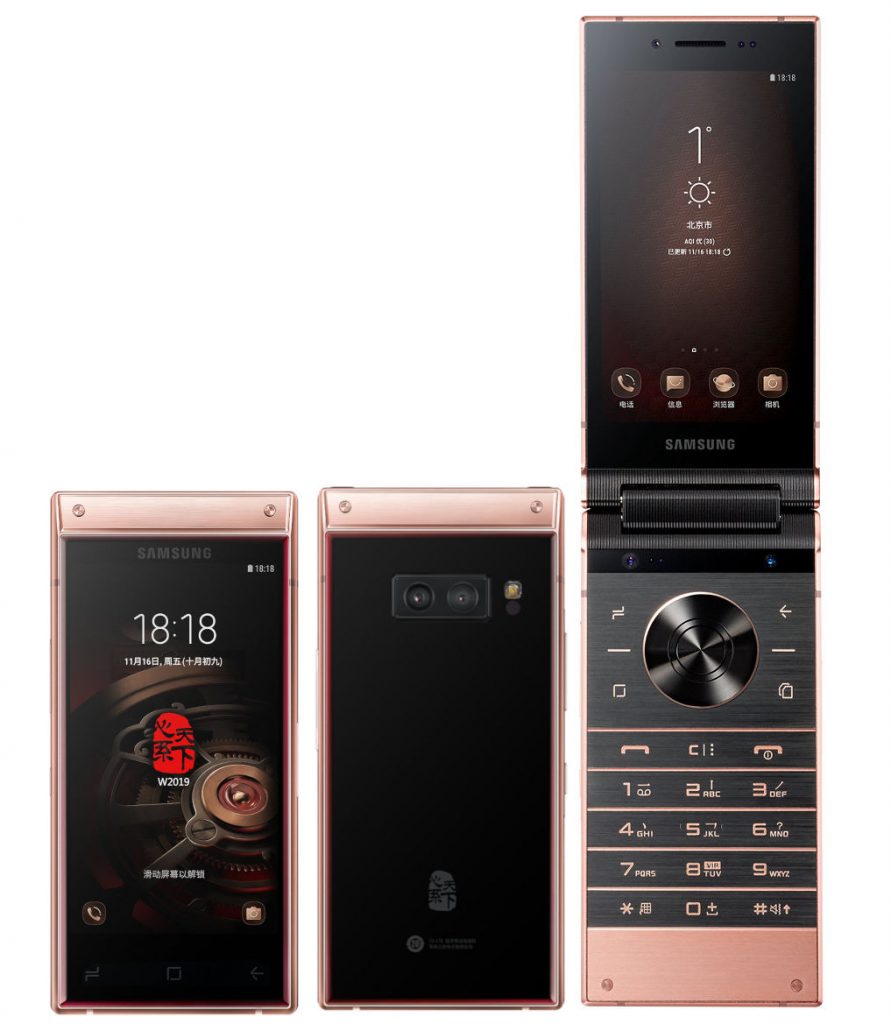 It comes in 128GB and 256GB internal storage options. Storage is also expandable up to 512GB with a microSD card. It comes with Android 8.1 Oreo pre-installed.

The phone has dual camera setup with 12 megapixels primary sensor that uses f/1.5 aperture for night shots for a brighter picture and f/2.4 aperture for normal shots in the daytime. The secondary sensor is of 12 megapixels with f/2.4 aperture. The rear camera setup also features optical image stabilization, 2x optical zoom, 4K video recording at 60 frames per second, and 1080p slow motion recording at 960 fps. It also has 8 megapixels front camera with f/2.0 aperture.

The phone comes in Rose Gold and Platinum colors. It costs 18,999 yuan for base 128GB version. Now the phone is up for sale in China.