When dual camera setup became common, Huawei came with P20 Pro having triple camera setup. Before it could become a trend, Samsung is reportedly launching a new phone with 4 cameras at the back.

As per reports, the upcoming Samsung Galaxy A9 Star Pro will feature a quadruple camera on the back. Here are the details of those camera sensors. 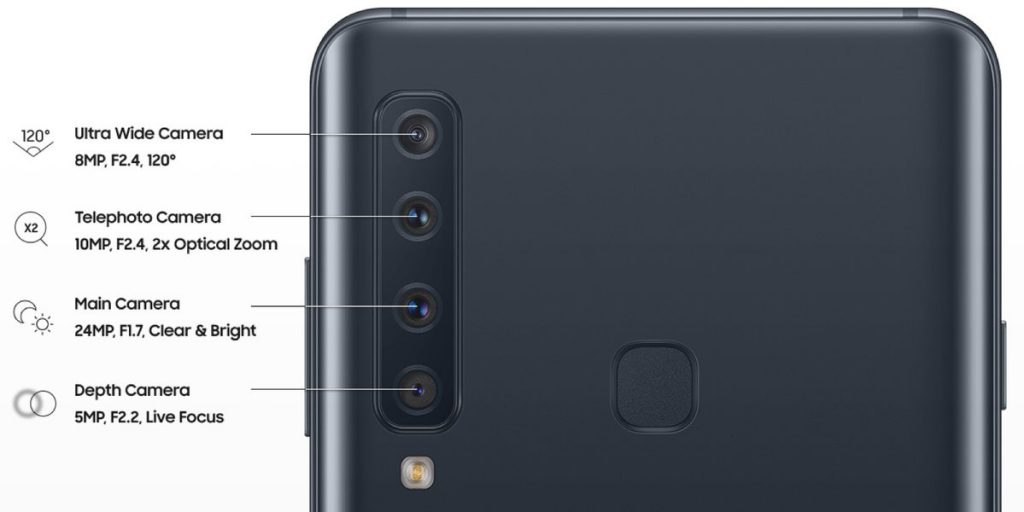 It is clear that Samsung has included a primary sensor, ultra wide sensor, telephoto sensor, and a depth sensor. So, it has covered every possible thing for now. I am still not convinced why the use of 4 camera sensors is necessary.

The information about the phone was dropped by Allaboutsamsung and Evan Blass who is known for leaking smartphone details before the official launch. Considering is accurate leaks from Evan Blass of the past, I am sure the phone is real.

The phone will become official on October 11h. So, we are close to getting the official information about the phone.

What do you think about having 4 cameras on the back? Let me know your views in the comments.