Finally we have the confirmed launch date of OnePlus 6. As per invite shared on Telegram, the phone will be officially announced on May 5, 2018 at 14:00. As the invite is in Chinese, the time should also be as per Chinese Time Zone. 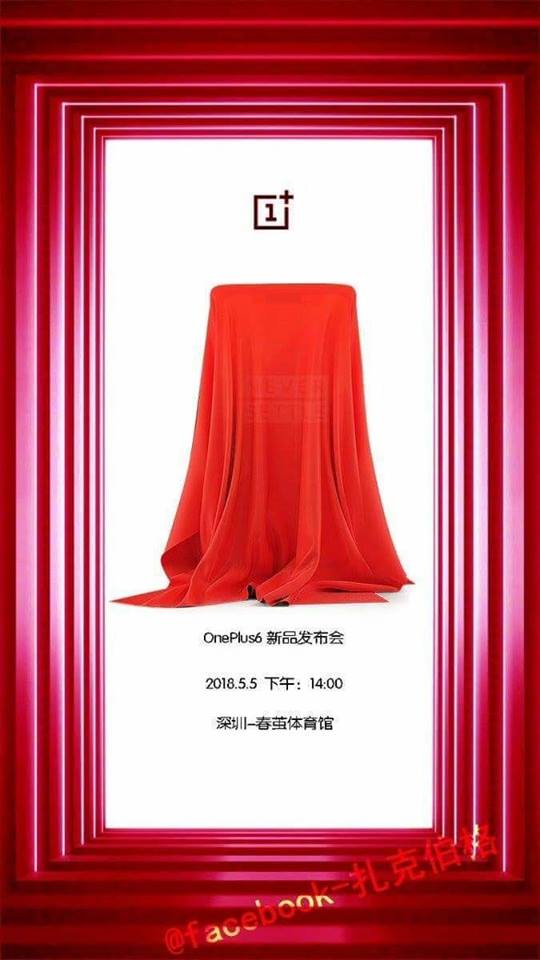 We were also expecting the launch of OnePus 6 to be in May and the company met our expectation.

The pricing range leaked by the report was already expected, but the interesting thing revealed in this report is about OnePlus 6 Premium edition. If the company calls it premium, there must be something special in this phone. I expect to get some details about the premium edition soon via few leaks.

OnePlus 6 will come with a 18:9 display having an iPhone X style notch. The phone will pack Snapdragon 845 and will be available in 6GB and 8 GB RAM models. There will be a dual rear camera and a high-end front camera.

Recently OnePlus also confirmed that its alert slider will also adjust the camera focus. We have no idea how this will work. But I am sure it will be interesting.

OnePlus has already started posting teasers, to show us glimpse of exciting features of OnePlus 6. we still have a whole month to get more leaks and interesting information of OnePlus 6.

It will be interesting to see how this phone will compete with other rivals to become the flagship killer. What are you expecting from OnePlus 6? Let us know in the comments.