As shown in the picture, you can see the how tiny it is. 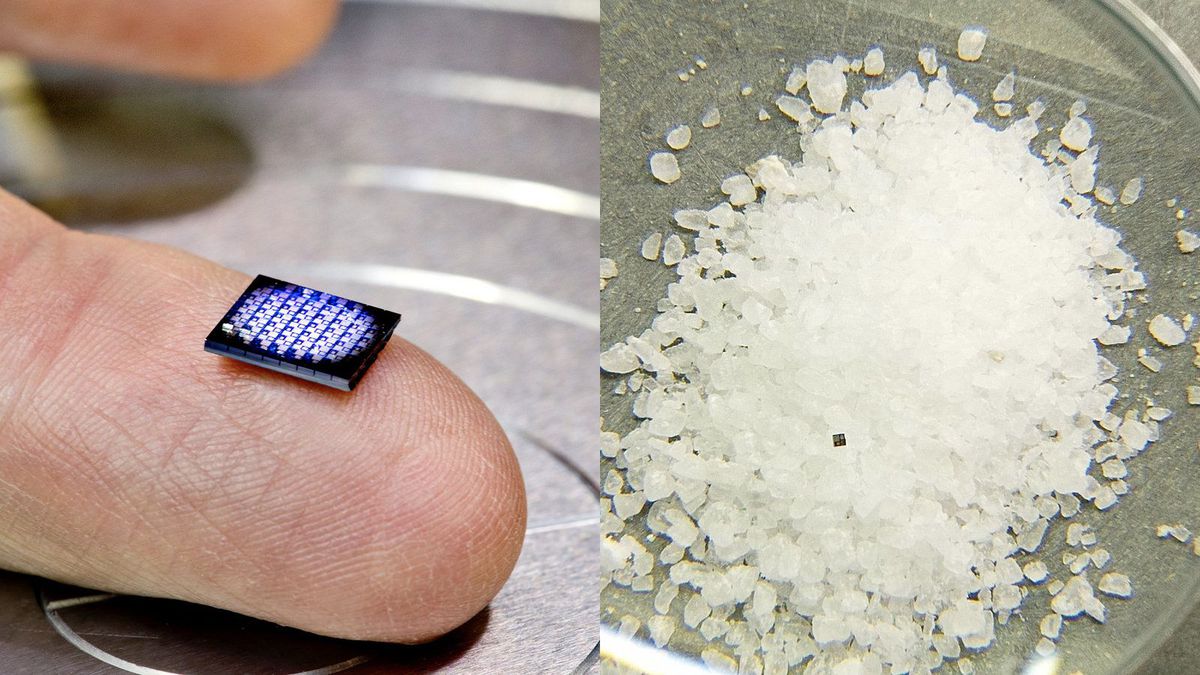 Even at this size, this chip is as powerful as the x86 chip from 1990. If you think that power is not enough for today’s demand, think about its size as well. It has up to 1 million transistors along with a small amount of static random access memory, a LED and photo-detector. It will cost less than $.10 to manufacture.

IBM says that the computers will act as a data source for blockchain applications. It can do basic AI tasks like sorting of data and is intended to help track the shipment of goods and detect theft, fraud, and non-compliance.

This tiny computer could revolutionize the use of computers and can open the several possibilities for businesses. IBM expects that the computer will find its place in the market in next 5 years. It will be embedded in everyday objects and devices. IBM is now testing the prototypes of the device. These test will help the company to better understand how to potentially use this tiny computer in the real world.