Many of us have already been waiting for Vivo‘s under-display fingerprint display phone. Now the leaks suggest that the phone will also pack 10 GB of RAM to become the first phone to do so.

Other rumored specifications of the phone 4K OLED display with a 92.9 percent screen-to-body ratio, Snapdragon 845 SoC, up to 512GB storage. It is also expected to come with Snapdragon 845 SoC. Few leaks also revealed the dual camera setup with 4X optical zoom. 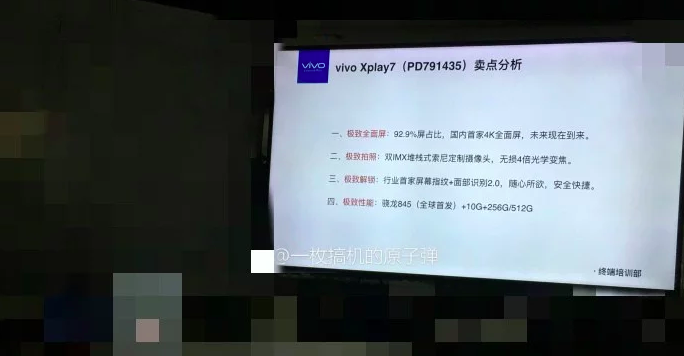 We have yet to see any phone with 512GB of storage. Samsung has started mass production of 512GB flash memory, but no smartphone has been launched with this yet. Galaxy S9 and Galaxy S9+ would be the first few to use this and Vivo XPlay7 could also be the one.

If rumors are true, the phone will be the first one to feature the under-display fingerprint sensor and 10 GB of RAM. Other specifications are also very good. This is the reason we are excited to see this beast. We are not sure when the phone will be officially unveiled. The company has teased this phone many times but never brought it to the stage.

What are your views about Vivo Xplay7? Let us know your views in the comments.