Not just iPhone and iPad, now you can own a car with in-car iOS 7

Apple is will launch ‘iOS-in-the-car’ next week that will be installed in Volvo, Ferrari and Mercedes-Benz, reports Financial Times. This will be the first time that Apple will install its operating system in a ‘not Apple-manufactured product’.The Apple’s in-car operating system will be launched next week at Geneva Motor Show. 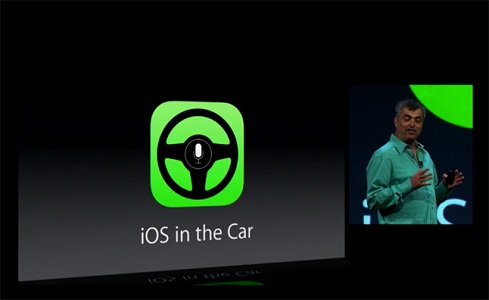 “The technology group (Apple) will launch its first in-car operating system with Ferrari, Mercedes-Benz and Volvo as it attempts to take the lead in a fierce race to dominate tomorrow’s smart cars,” says the report.

Although the in-car iOS system has not yet been named, but the prototype of the software had been made public at Worldwide Developers Conference last year. As told by Eddy Cue, a Ferrari board member, the car will be installed with an interactive LCD that will let you make and receive calls. You can do so ‘eyes-free’. Only speak out the name of the name of the person to be called and the software will place a call for you.Another functionality will be getting directions using iOS maps. Also you will be able to play music and receive all you iMessages. Cue said that the functions will be accessible via Siri.

If you don’t know what Siri is, we will tell you what it is. Siri is an iOS service that lets you use your voice to send messages, place phone calls and more. “Ask Siri to do things for just by talking the way you talk. Siri understands what you say, knows what you mean and even talks back,” says Apple.

Apple is not the only one that wants to integrate its operating system with cars. In December, Google and Audi had teamed up for the development of an in-car system for entertainment and information. Microsoft and Blackberry too are in the race for providing in-car solutions to car manufacturers.

Watch the video of Eddy Cue explaining how the in-car operating system will look and work: