A Snapchat hack is sending images of smoothies to users

A Snapchat hack is sending some people images of smoothies, reports Wired.com. This hack has affected several accounts. So if you get a image of Fruit smoothie from any of your friend, we advise you to not to visit the URL given in the image. The website is scammy, so don’t visit the website. 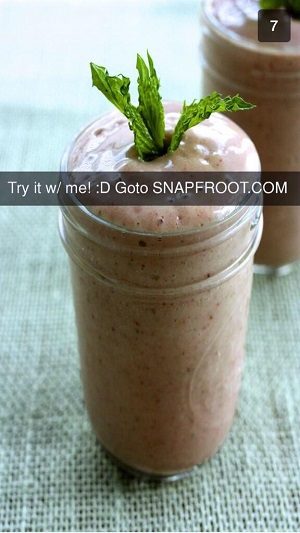 Do not open the link.

As Wired mentions, Snapchat told them that this has been happening for the last couple of days. The hack is done by obtaining the email and password of a Snapchat user and ‘gets it on the first try’. “We are not seeing any evidence of brute-force tactics,” says a Snapchat spokesperson.

Snapchat has been on the list of hackers for quite some time. Firstly, some hackers tried to surface the loop holes in the messaging app. Then a list containing information of Snapchat users was made public. Yet another time, Jamie Sanchez of Telefonica had reported that hackers can crash your phone by besieging you with thousands of messages in a matter of seconds.

Snapchat is aware about the hack and is trying to track down the leak. Company’s security systems will secure your email and send you notification if they find something fishy.

On a precautionary note, Techlomedia.in advises you not to visit the URL given in the image. Also do not provide your Snapchat username and password to third-party websites that ask you to login with your Snapchat account. Secure your account by using strong passwords. Most of the times people casually set their passwords as 1234 or abcdef. Here is a list of 25 worst passwords of 2013 that you must avoid.

A Snapchat is sending people picture of smoothies.