“Indian culture is diverse, with more than 100 languages and thousands of alphabets used every day. Depending on where you are, you might hear anything from Gujarati to Bengali and Tamil to Urdu. If you’re a speaker of these languages and use a feature phone, communicating is about to get a little easier,” Gmail said. 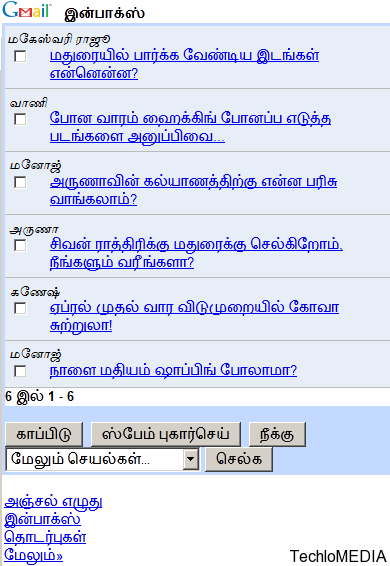 To enable Gmail in their local language, users need to click on the gear icon at the top right corner. Then select settings. In settings page, select language and then language from dropdown menu. After saving the settings, Gmail will be shown in the language you have selected.

This will only work for Gmail interface. It will not affect the languages in which users sent or receive emails.

India is a big country with so many local languages. But I do not think that there is any need to launch these kind of services in local languages. People using Internet already know English. So, they have no problem in using these kind of service. But this step shows that Indian is in priority of Google. Few days back, Google organized BigTent in India where Eric Schmidt discussed how India is growing on Internet.

What do you think about this? Share your views with us via comments.