How to perform a CPU stress test

Why should you perform CPU stress testing?

Not all CPU stress tools come with a system monitoring option. So, it is recommended to download good software to monitor different system components and their temperature. I recommend HWiNFO. It is a nice tool that offers a detailed overview of system components and their temperature in real-time. To reduce the lag, you can. exclude unnecessary sensor readings while performing just CPU monitoring.

Now I will list some good CPU stress test software and utilities you need. 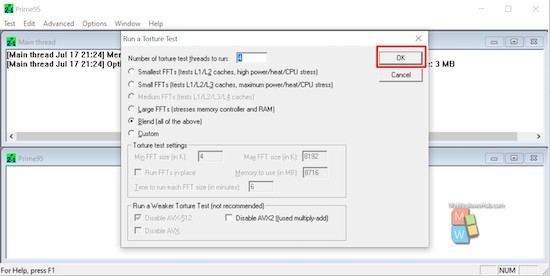 Prime95 is a nice CPU stress test software that supports the AVX instruction set to generate massive thermal loads. By default, this software selects the newest instruction set extension but you can change this if you want. If you don’t want to go into complexities, run the program, choose Just stress testing, and. Select the Blend option. It will test all components. When the program is running, you can expect CPU fan noise and heat. So, it is recommended to continuously monitor the system temperature and abort the tool if you see the temperature surpassing a higher mark. Let this CPU stress test software run for around an hour.

Prime95 is also available as a command-line utility mprime for Linux. 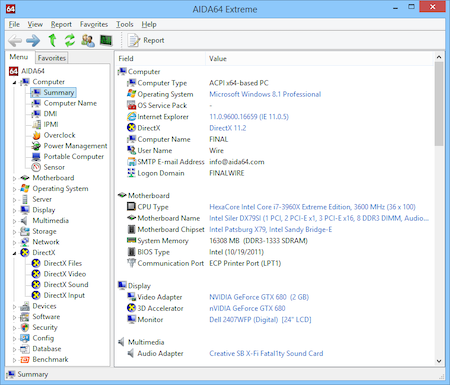 AIDA64 is another excellent CPU stress test software that offers several configurable options. Launch the software and go to the Benchmark category. Click on Tools and select System Stability Test. During the test, you can go back to Computer and Sensor for monitoring CPU temperature and fan speed.

This software offers a free trial version but with limitations. So, you need the premium version to use the full potential of the software. AIDA64 is available on all major platforms including Windows, Android, iOS, Ubuntu, and Sailfish.

powerMAX is also a good software for stress testing CPU and GPU to maximum limits. When you run the software, it asks you to select whether you want to perform a CPU stress test or a GPU stress test. This tool doesn’t come with a direct monitoring option, so you need a system monitoring tool to keep checking power consumption and system temperature. CPU stress test tells you CPU stability and if the CPU cooling system is working fine. If you want, you can also perform CPU and GPU tests at the same time. This tool doesn’t give any score, so it is not a benchmarking tool.

powerMAX is only available for the Windows platform. 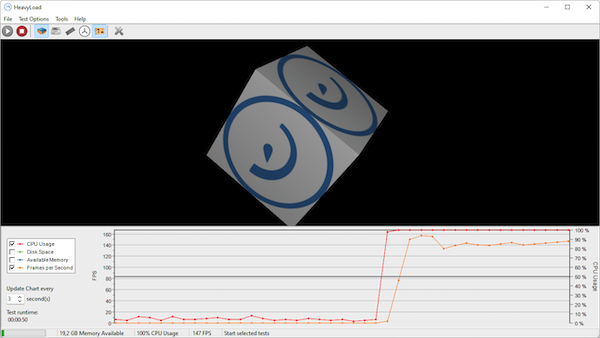 HeavyLoad is an easy-to-use and simple software to check CPU and GPU load. This is a simple tool. Launch the software, check the components you want to test, and launch the test. You can also configure the software as per your requirements. The tool also lets you customize the CPU stress test and the select number of processor cores. Ut supports tests on all system components like GPU, CPU, RAM, Hard Disk, etc.svg%3E This tool can also test dedicated Graphics cards from AMD and NVIDIA.

CPU Expert is an online tool to perform CPU stress tool online. To obtain perfect results, set the CPU stress test at the highest load. Keep monitoring FPS and speed indicators. When you open the tool, you see 5 different indicators for Speed, Threads, Power, Points, and FPS. Speed measures how fast the processor is. Threads determine simultaneous operations. The more threads you select, the higher load it puts on the CPU.

Now you know some of the best CPU load testing tools or CPU stress test tools. These tools will put maximum load on the CPU to maximize the power consumption and heat generation. So, you can understand if your CPU cooling system is working fine in keeping the Cpu temperature low or if your system’s CPU is offering the max possible performance as promised by the vendor. If your system heats too much, you need to check if the CPU cooling system is fine. You should also check if the Cabinet vents are clean.