With increasing tech, budget phones are now much powerful and one can play high-end games on their mid-range devices without any issue. Whenever someone talks about the performance of a phone or mobile chip, he/she refers to benchmark scores. If you are not sure about the benchmark score, it is a numerical score measured after pushing the device to its limit and Tate it based on its performance. Higher the score, better the performance. Benchmark measures the real-world performance by testing UI, RAM, CPU, GPU and other things. So, you can easily compare two devices even if you do not have much knowledge of hardware. There are a lot of benchmark apps available or Android to get the benchmark score of the device.

In this article, I am listing a few good benchmark apps for Android. You can install any of these or a few of these apps to get the score for your device and then compare it with others to find out if your phone is faster or slower. 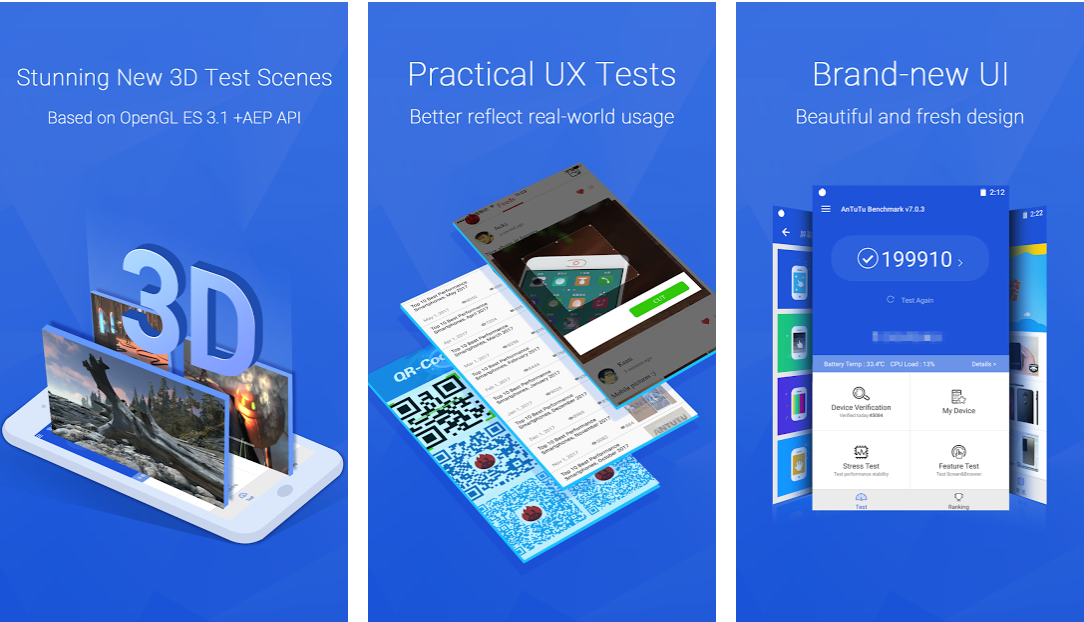 AnTuTu is the most popular Android benchmark app and also one of the oldest. Most of the reviewers refer to the AnTuTu app while talking about the performance and benchmark. AnTuTu app tests all aspects of a device, including UX, GPU, RAM, CPU, I/O and more. It performs individual assessments and assigns a score. Then sums the score to make the final AnTuTu score of the device. The final score is also added on the AnTuTu database to make it available to compare with the AnTuTu score of other devices. The app works fine on Android smartphones and tablets. The vastest version has been AnTuTu Benchmark App for Android Q and brings a lot of improvements and enhancements in tests. 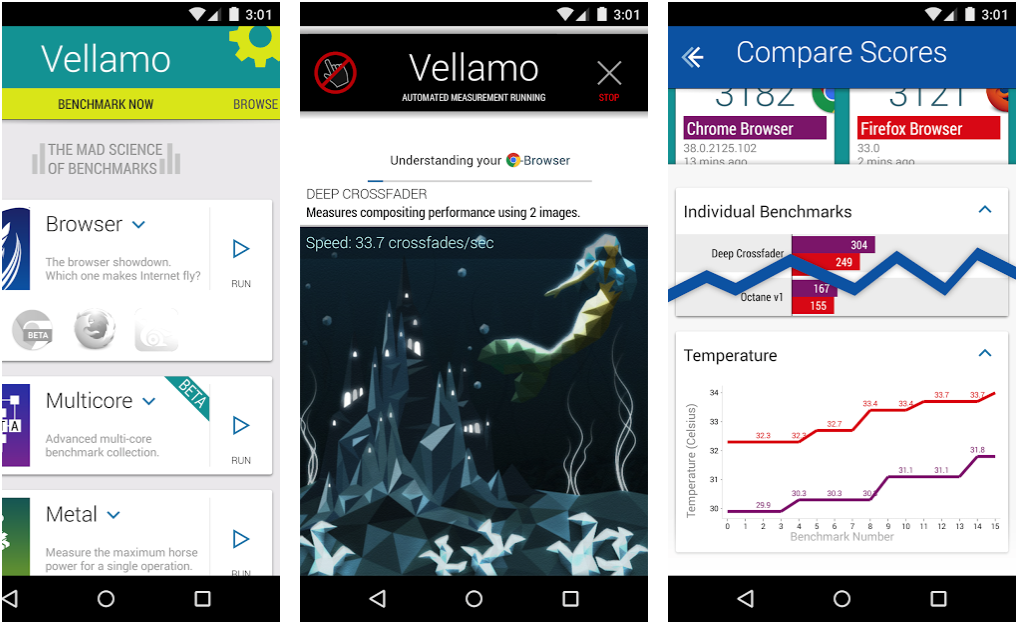 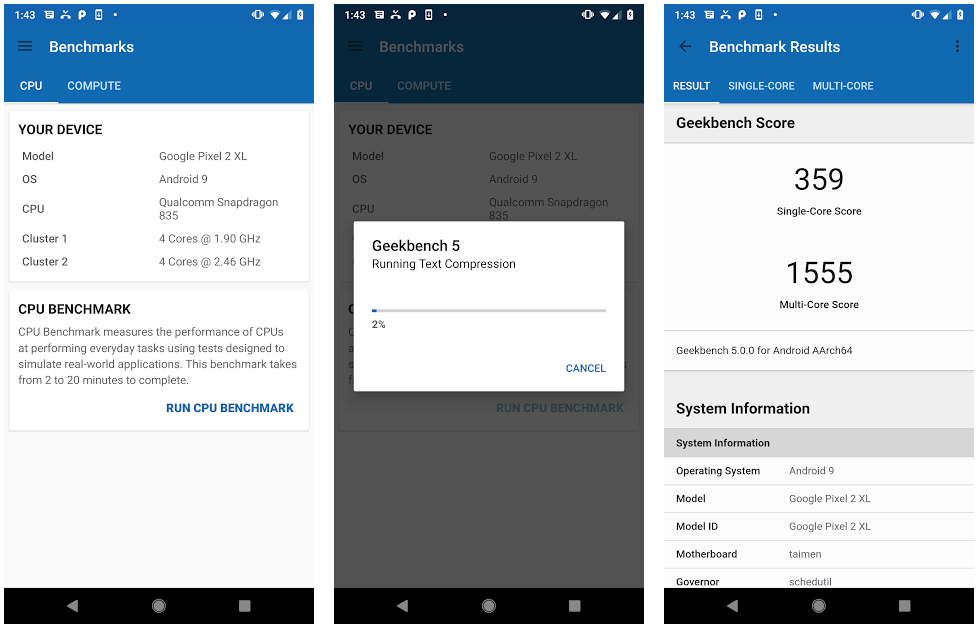 Geekbench is another popular Android benchmark app and the latest version of the app is now even better. Geekbench 5 offers updated CPU tests that claim to model real-world tasks and applications. It measures CPU performance and provides single-core and multi-core results. If you are just interested in knowing the full potential of your device’s CPU, you can try the Geekbench benchmark app.

The latest version of the app also brings new Vulkan Compute tests to measure the processing power of your device’s GPU. 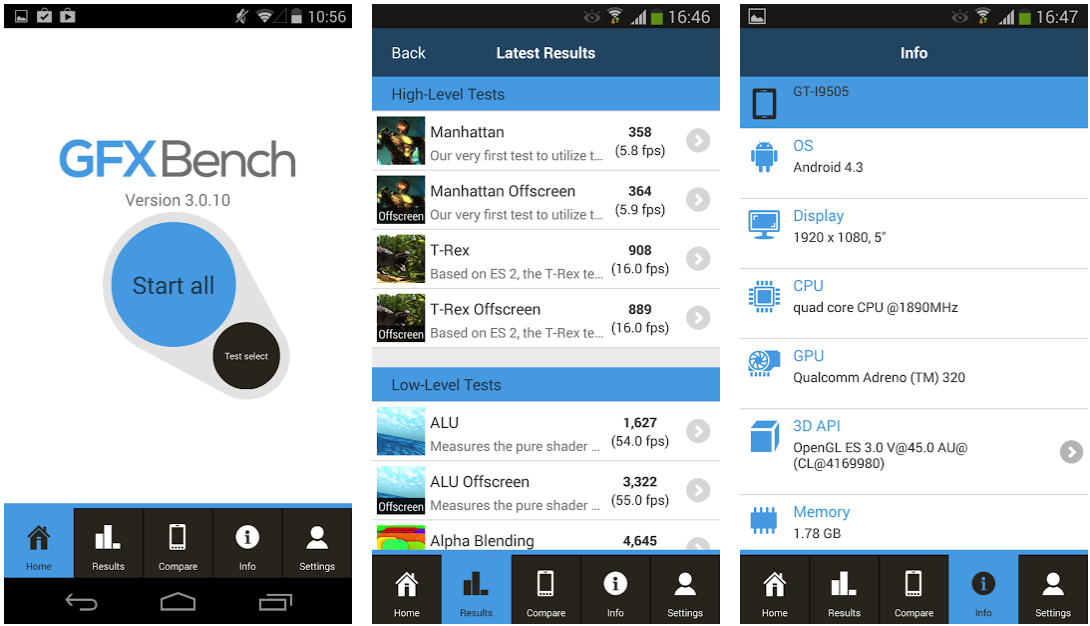 GFXBench is a free benchmark app that measures mobile and desktop performance with advanced graphics effects and increased workloads. This benchmark app is basically a gaming benchmarking app that compares and measures gaming performance. It can be used to test graphics performance, long-term performance stability, render quality and power consumption. The app uses Vulkan and OpenGL APU for graphics tests. It also compares HDR tone mapping, bloom and motion blur. The app automatically device’s capabilities and selects the most appropriate test set the device to give accurate results. It also measures the device’s battery life and performance stability. Thus it also provides expected battery running while running sustained game-like animations. The full-fledged benchmark needs close to 1 GB of free space on your phone. You need to check that before downloading this benchmark app on your Android phone. 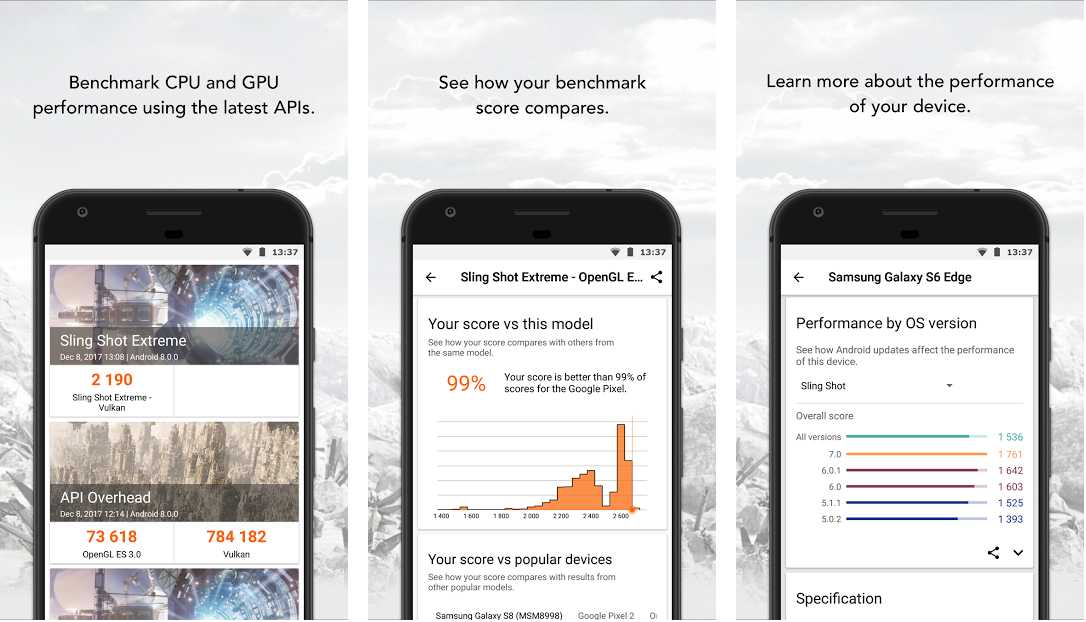 3DMark is a popular benchmarking app that helps you to understand the performance of your Android phone or tablet. 3DMark benchmarks the GPU and CPU performance of your device. It is designed to help you learn more about your phone’s performance. The app shows data in the form of unique charts, lists, and rankings. It compares mainstream Android devices with popular iPhone and iPad models. The app also uses Ice Storm Extreme to compare low-cost Android smartphones with older iPhone models. The app also keeps the database of almost 5,000 devices. So, it lets you compare the smartphone based on their performance.