Xiaomi is rumoured to working on its first gaming smartphone. As per reports, the phone will be launched under a new brand called ‘Blackshark’. The phone surfaced on AnTuTu last month. Now It has appeared on Geekbench.

On Geekbench listing, it received 2452 single-core scores and 8452 multi-core scores. The listing also confirms Android 8.0, Snapdragon 845 SoC and 8 GB of RAM. The phone could come with 128GB or 256GB of UFS internal storage. 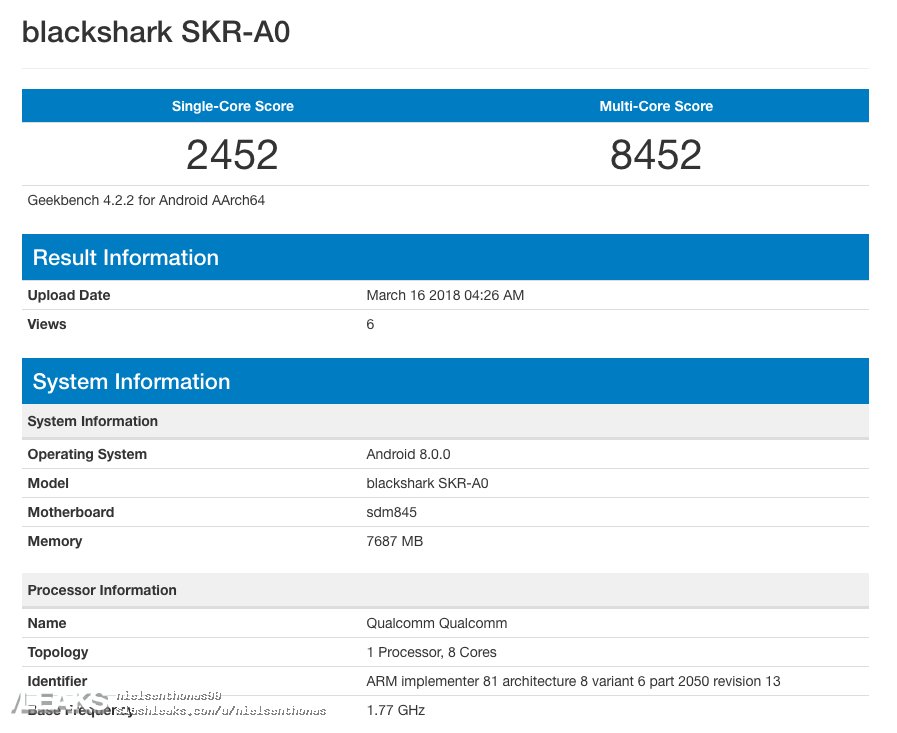 The phone is expected to come with 120Hz screen that we found in Razr phone. Antutu listing also confirmed 2160 x 1080 pixel display resolution that is lower than the display resolution we got in Raze phone. Battery efficiency could be the reason for this.

It is worth to note that the phone is being made by Blackshark Tech Inc that Xiaomi partially owns. The company also partially owns in OCR solutions and mobile camera research and development. So, we can also expect good camera setup in this phone.

We are excited to see this new gaming phone from Xiaomi and hope to get this phone for the aggressive pricing in the same way Xiaomi sells its other smartphones in country.

What are you guys expecting from BlackShark? Let us know your views in the comments.