While many of competitors can out beat Moto G devices, but Motorola always manage to get enough customers just because of its good performance and “user experience” rather than the spec sheet. Moto G (Gen 2) and Moto G (Gen 3) both phones are the perfect example of this. We can expect the same thing with this phone. Before judging anything about this Moto G4 Plus, read the first impressions of this phone to know how it impresses in just first look.

While this price segment is now getting phones with the metal unibody design, Motorola has kept its traditional design in this phone. Form factor remains the same as in the previous generation of Moto G smartphones. It is packed with the same build with the textured back panel. The notable change is the fingerprint sensor located below the display. While you may think it as a physical home button but it is not. It is just a fingerprint sensor which can also be used to wake up the device.

All other things remain same. Volume rockers and power button are at the left edge. 3.5 mm audio port is located at top and microUSB port is at the below side. 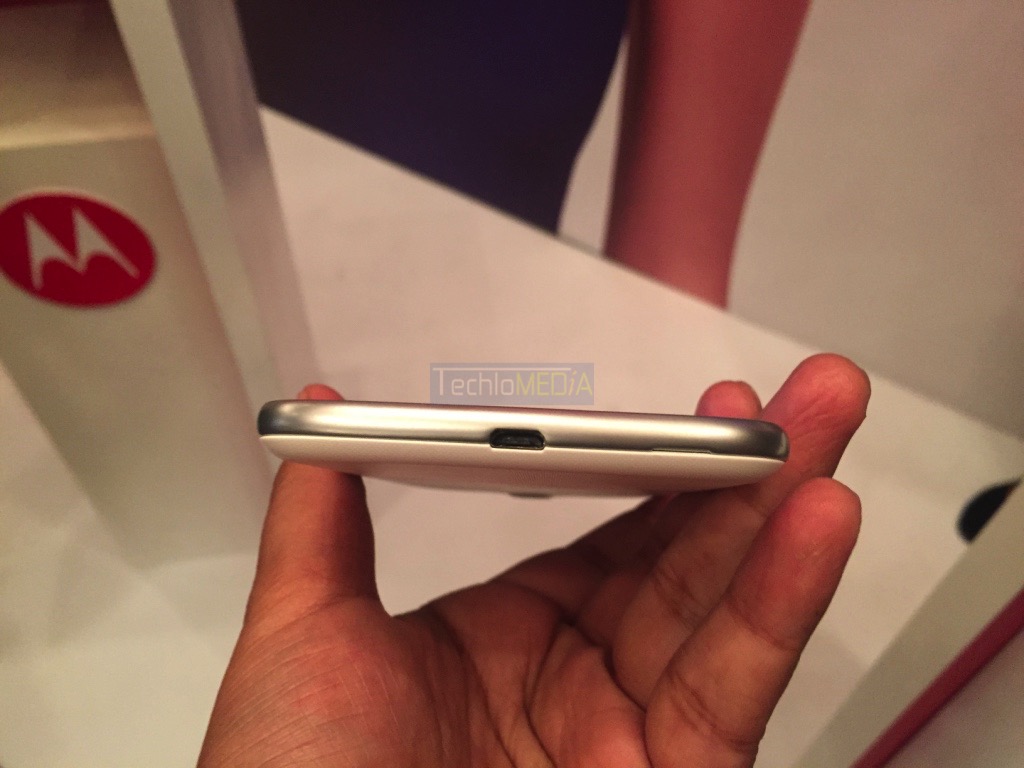 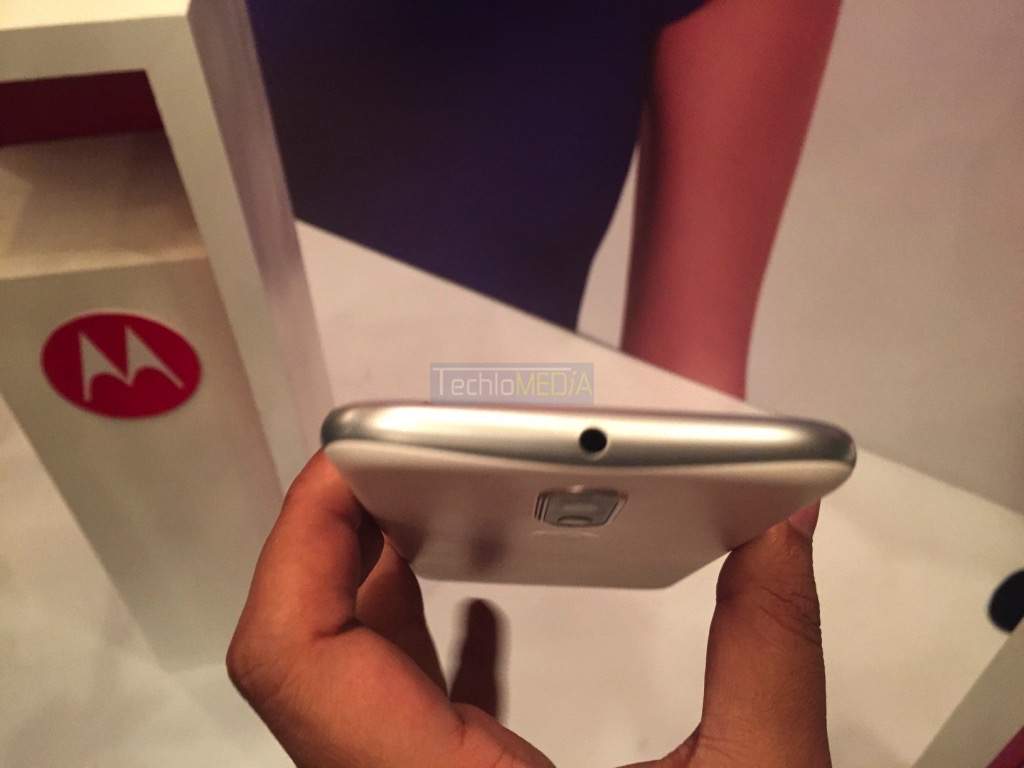 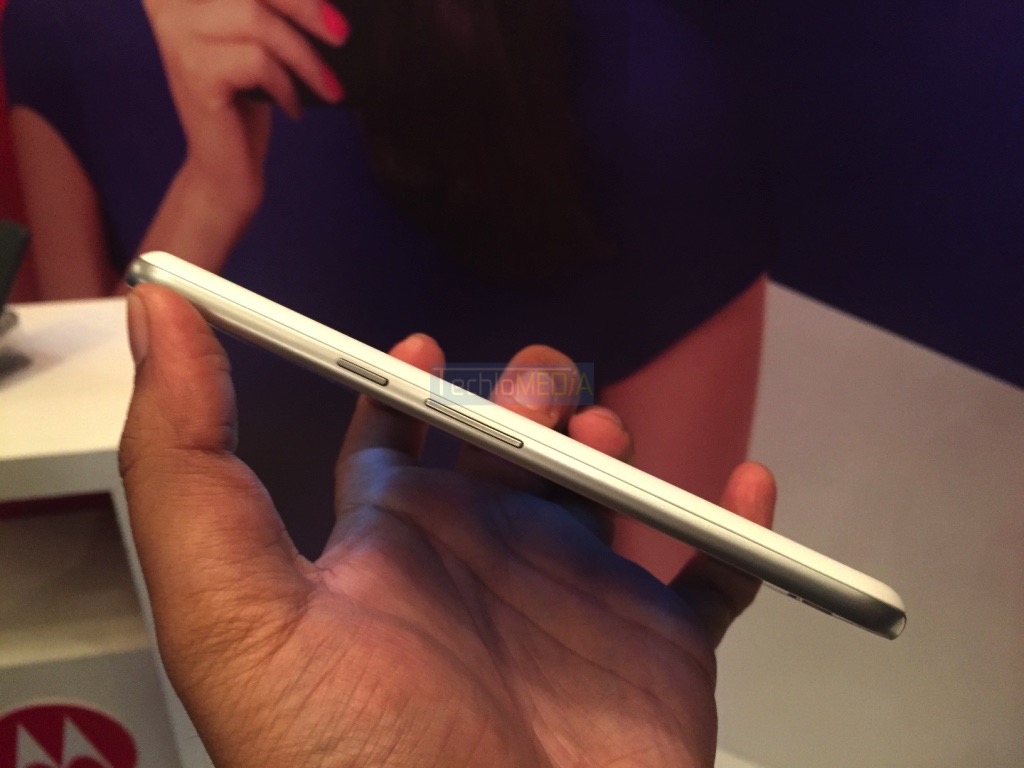 Back panel is removable to allow you use microSD card slots and SIM card slots. Best thing is that SIM cards slot come with holders to convert nano sim to micro SIM. If you already have micro SIM, you can remove holders and keep it safe to use later if you need. This has been given for those who are switching from a phone with nano sim slots. Battery is non-removable. 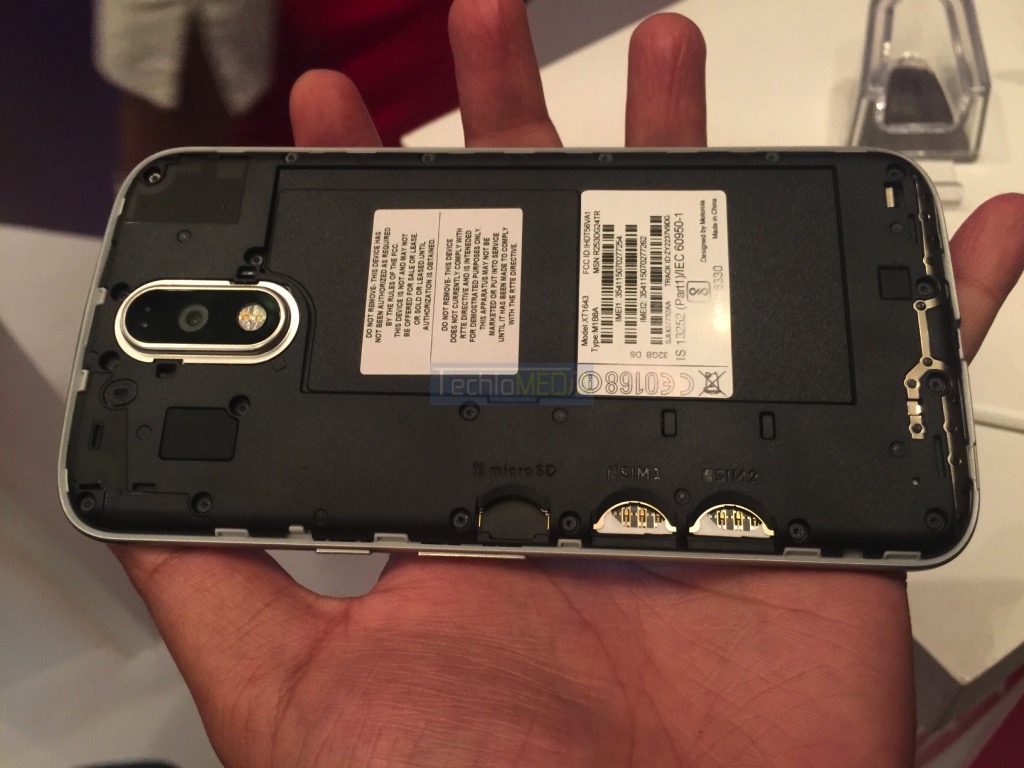 Moto G4 Plus is the largest Moto G device with at 153 mm of length and 76.6 mm of width. It is  bigger than Moto G (3rd Generation) which had 142.1 mm length and 72.4 mm width. But this new phone is thinner with 9.8 mm at its thickest point while the previous Moto G was 11.6 mm thick. Weight of the new phone remains almost same.

While the phone is not waterproof, it still got a nano-coating to protect it from little water drops. So, you can still use it with wet hands. By dropping IPX7 support, company managed to make slimmer.

Phone offers good grip in hands due to curvy edges and textured back panel. While this design is nothing something very attractive, but you can call it simple and decent.

Moto G4 Plus comes with a 5.5-inch full HD display protected with Corning Gorilla Glass 3. Like other Moto devices, display is bright enough and offers satisfactory viewing angles. You also get fine outdoor visibility, but it could be better. It also has a good colour reproduction. 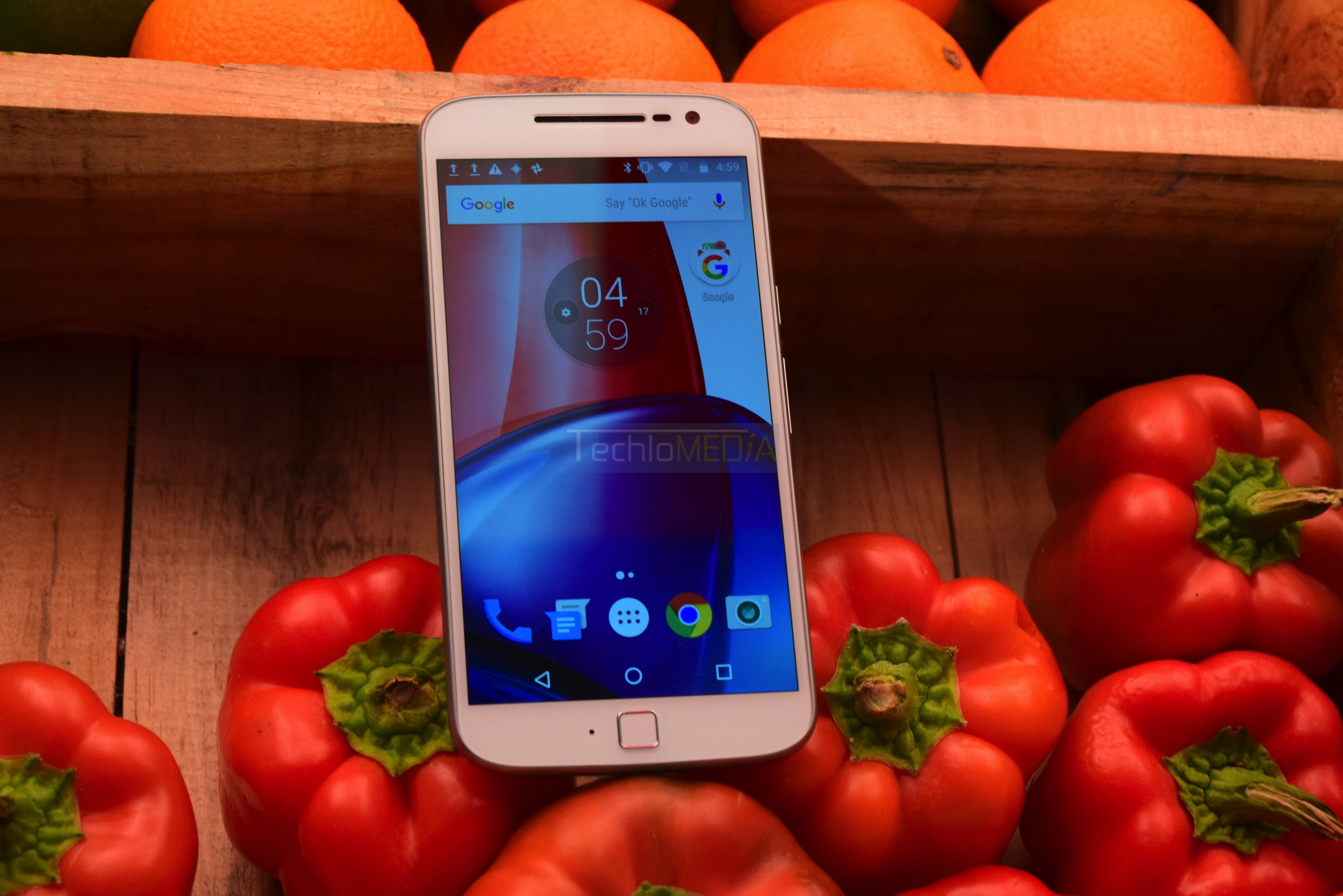 Moto G4 Plus is powered by a 1.5 Ghz octa-core processor with Qualcomm Snapdragon 617 SoC. Adreno 405 GPU is also there to handle graphics requirements. While I couldn’t check the gaming performance, it was fine in handling multitasking and general usage.

It will be available in 2 GB RAM, 16 GB storage and 3 GB RAM, 32 GB storage models. Both models will allow you to expand storage up to 128 GB via a microSD card. USB OTG is also supported to carry larger data and access anytime if you need. 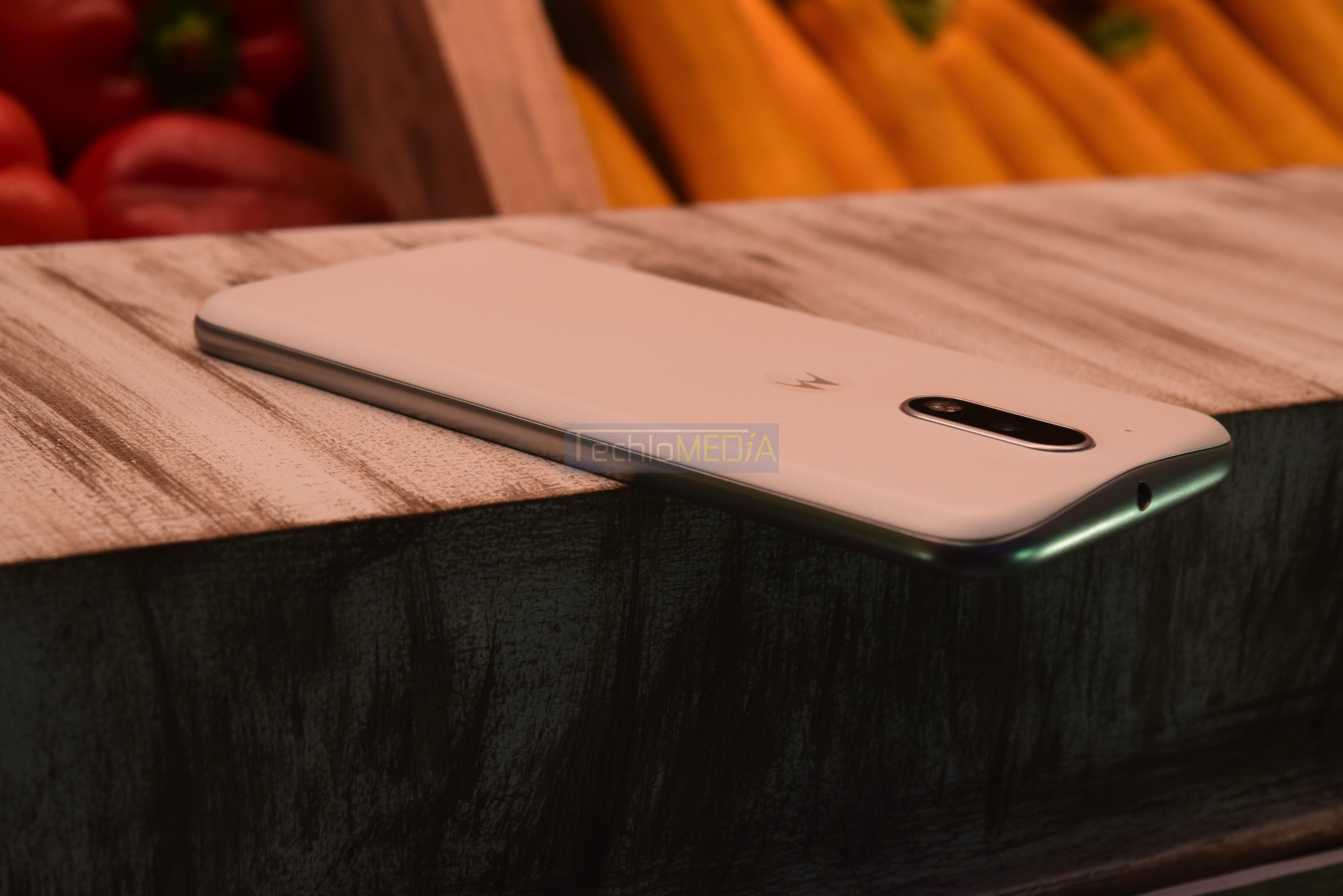 Like other Motorola devices, Moto G4 Plus also offers Pure Moto experience which is almost stock Android experience. There are only a few customizations with Moto specific apps.

It comes with clean Android 6.0 Marshmallow. Software experience is good and best thing is that you will get quick Android updates.

The camera got the update from the previous moto g device. This time, you get 16-megapixels rear camera with f/2.0 aperture along with PDAF and laser autofocus both. It also comes with dual-tone LED flash to help you in low-light. At front, it got a 5 megapixels camera 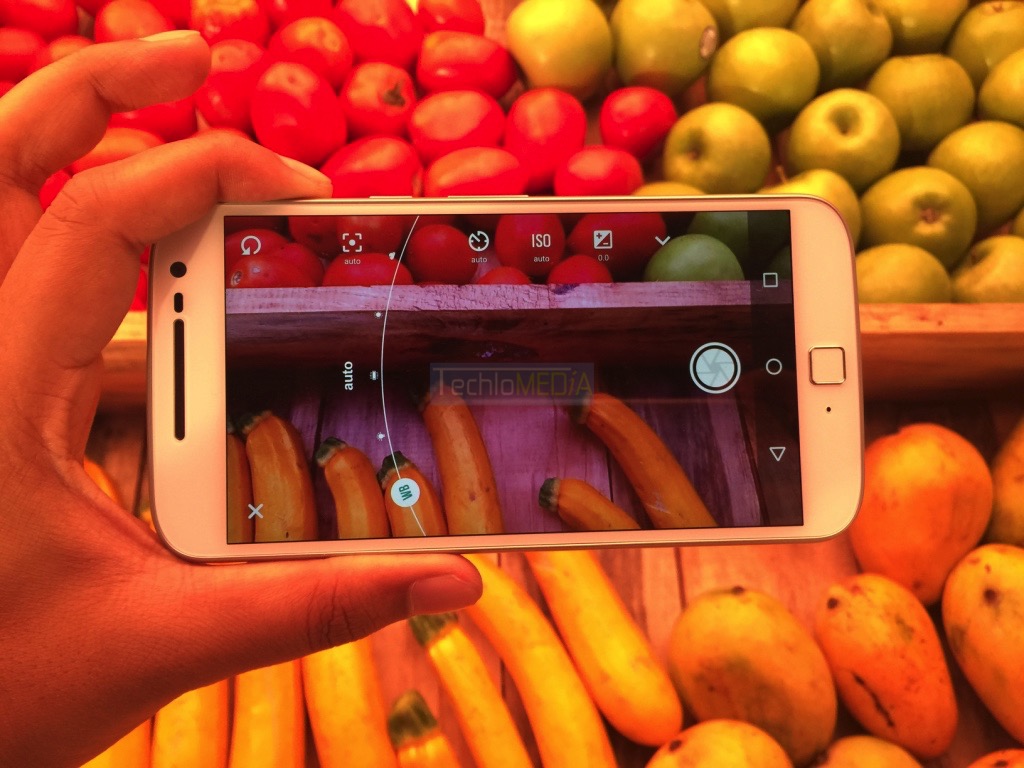 Camera got updates and Motorola has added pro-mode to offer manual controls. Few other improvements are also there.

I tested camera and found it to be good in good light conditions. In low-light, it was struggling in fast focusing and even capturing good photos. You can check few camera samples below. 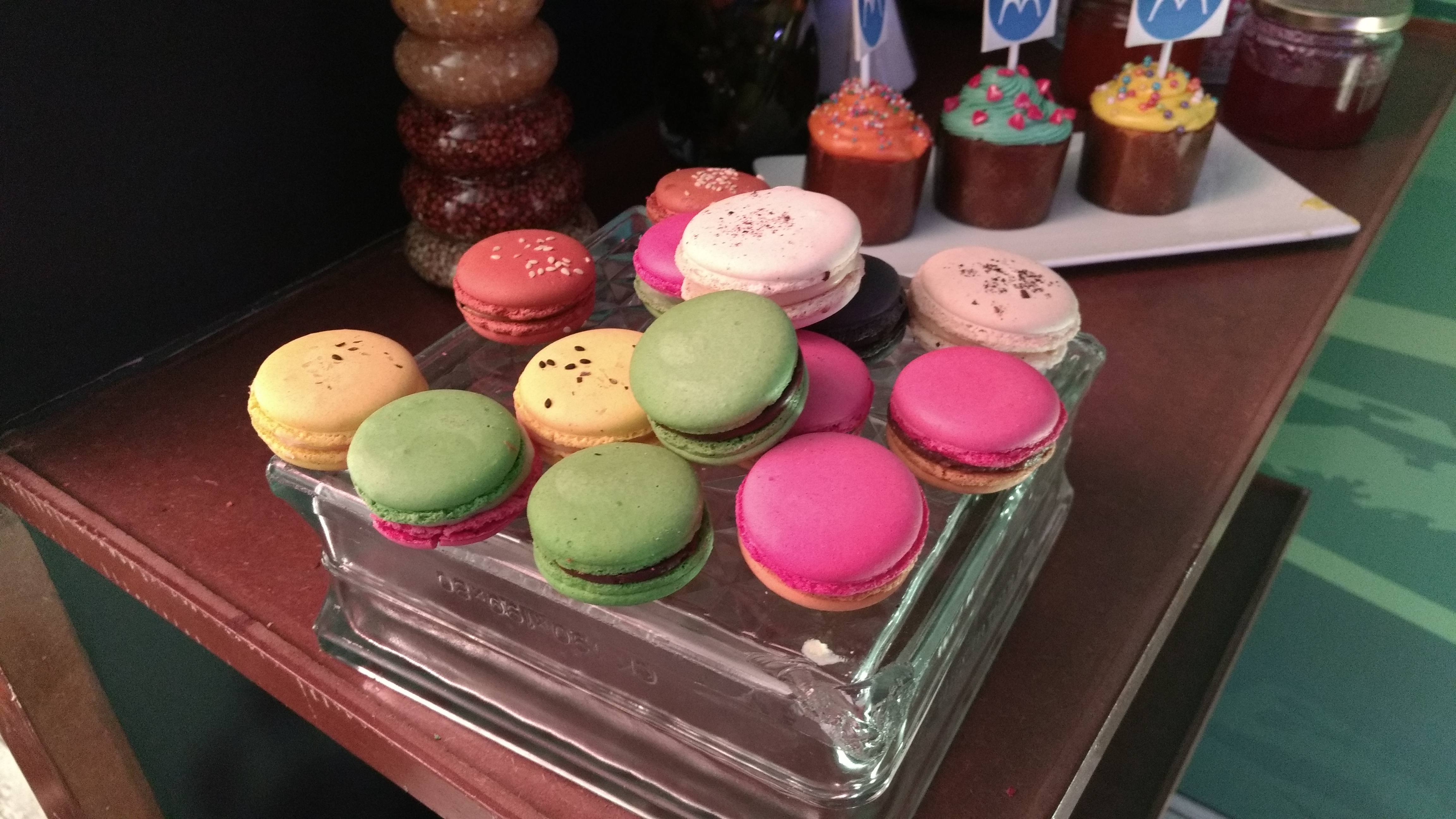 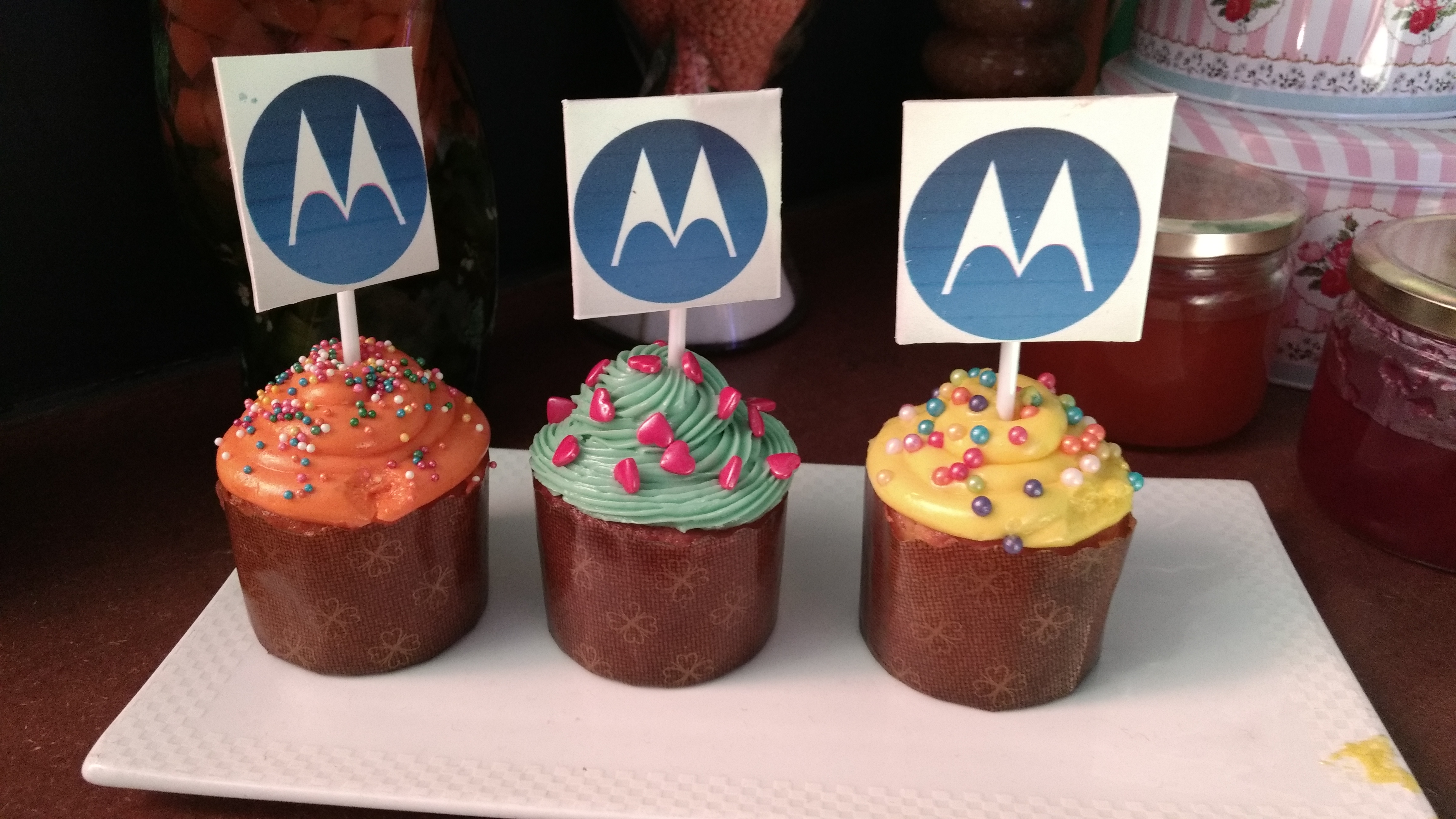 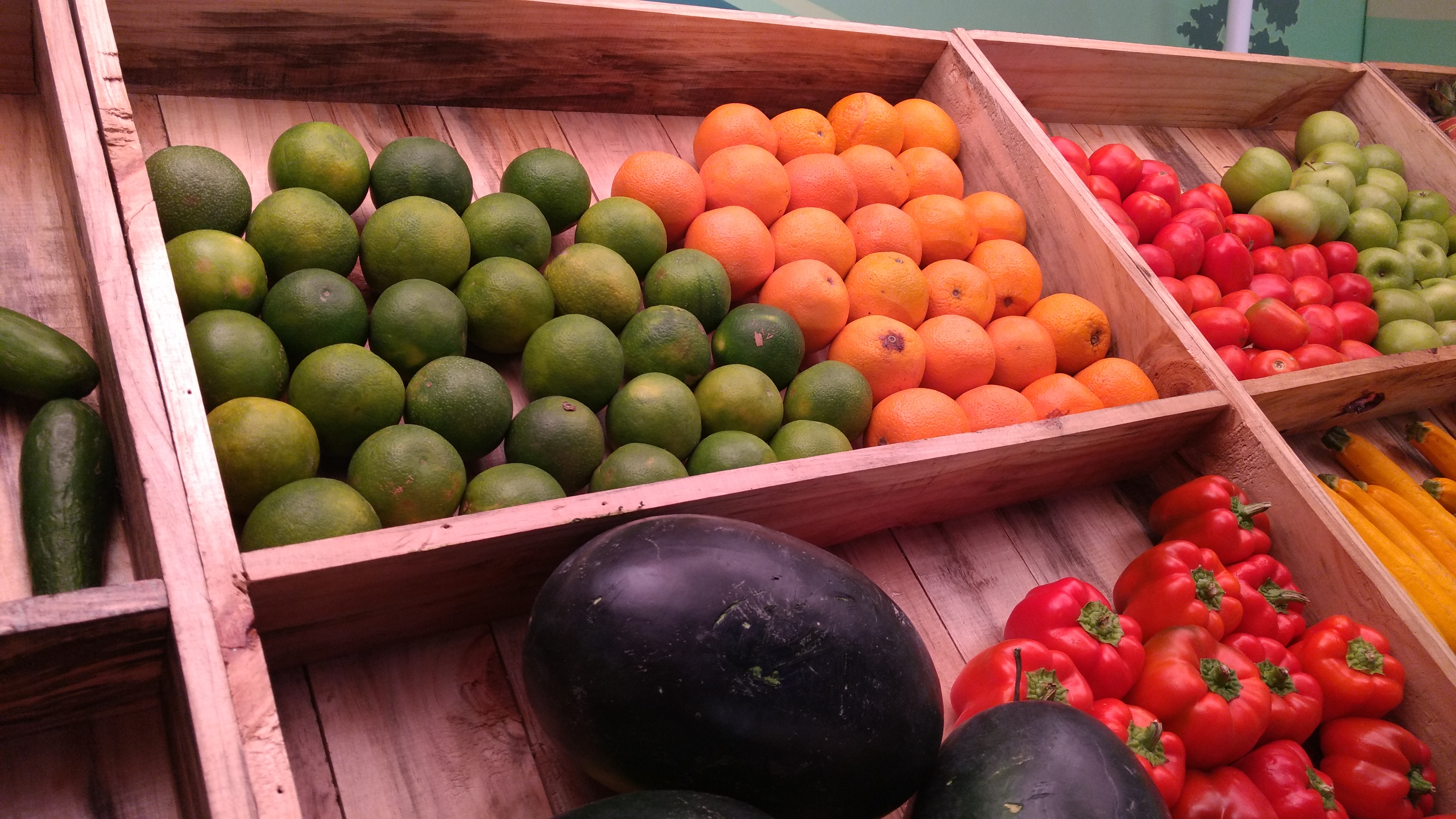 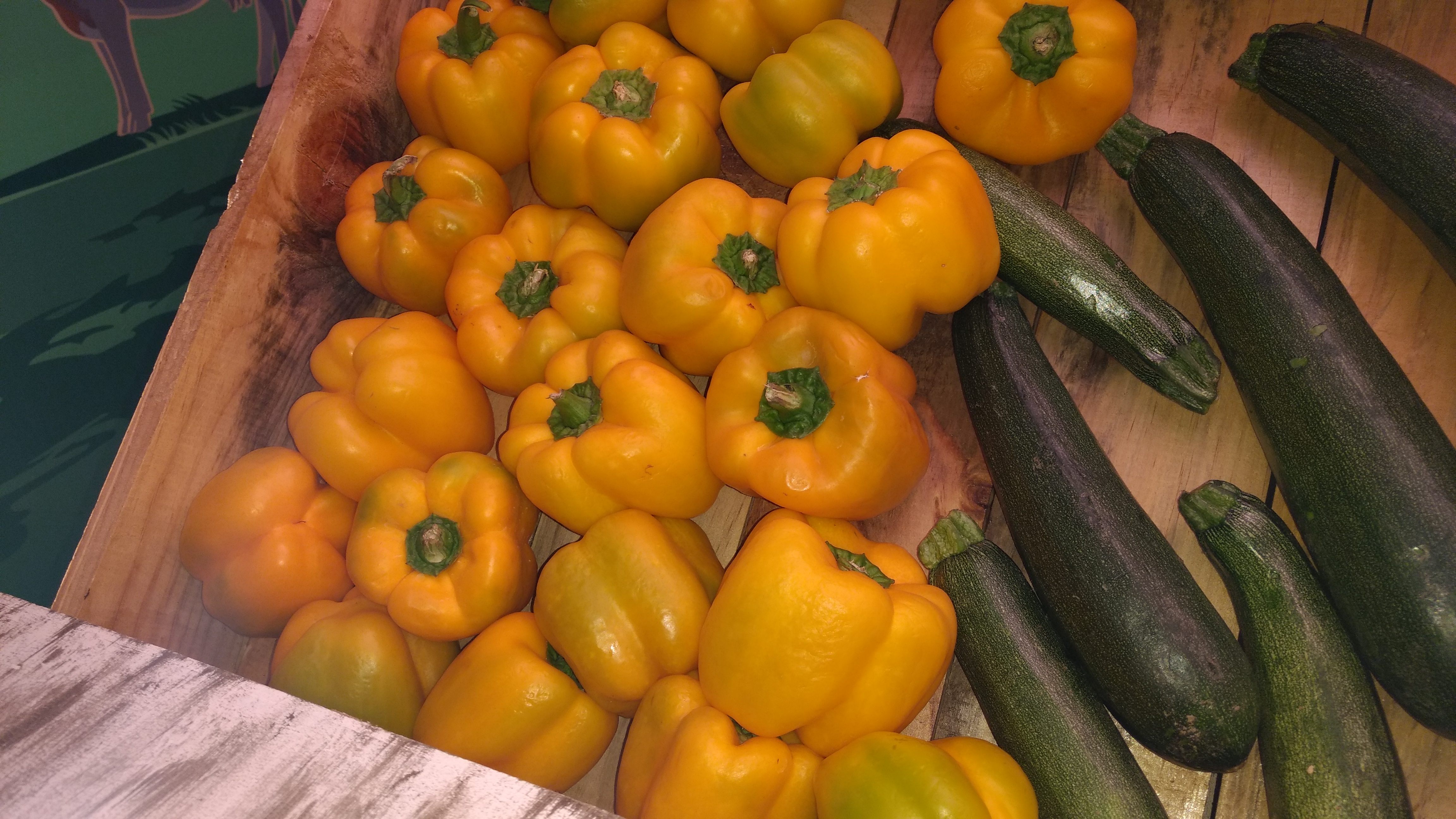 Camera can record full HD videos and slow motion videos. But this phone still lacks 4K video recording support. It also supports same camera gestures. So, you can wrist twice to launch camera and switch camera from back to front and vice versa. Camera can also scan QR codes and bar codes.

It is packed with 3000 mAh battery with support to Turbo Charging. The company claims that 15 minutes of charging can charge up the handset to provide a 6-hour battery backup. I couldn’t check this claim.

New Moto G4 Plus is an upgraded Moto G with good additions, but the lack of waterproof feature is a disappointment. While there is nothing we can point out as negative, this phone will get tough competition with existing rivals like Redmi Note 3 and Letv Le 1S.