Did Flipkart Try To Hijack Amazon’s Moto G4 Plus Launch?

Yesterday, Motorola launched Moto G4 Plus in Indian market exclusively from Amazon. When I woke up, I was expecting Amazon’s hashtag about Moto G launch trending on Twitter. But I was surprised to see #MotoonFlipkart as top trending hashtag on Twitter. 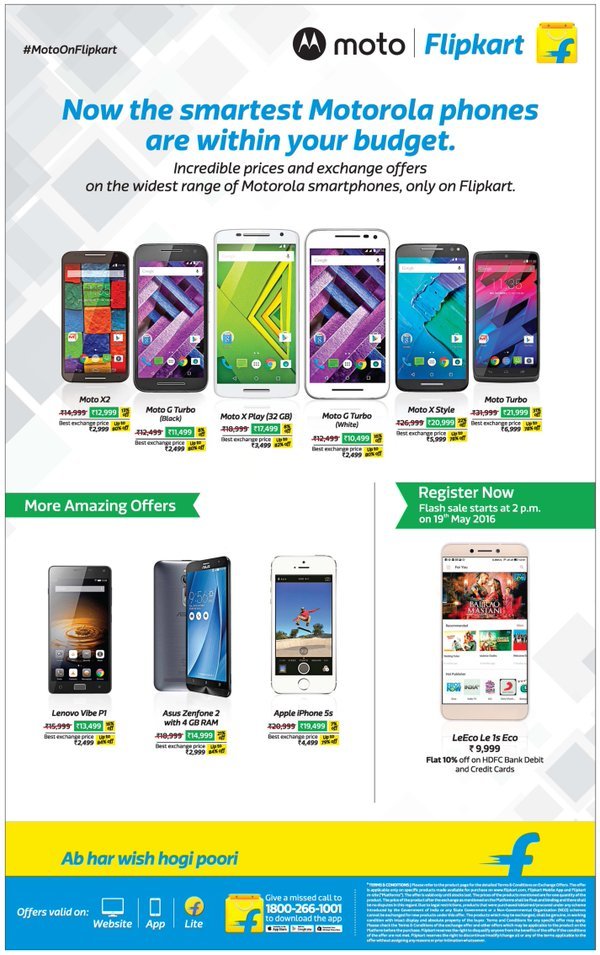 While Flipkart got initial trends on Twitter, Twitter users didn’t leave the chance to troll Flipkart on this matter.

#motoOnFlipkart trending on Flipkart while Amazon is selling Moto G4 Plus exclusively. @Flipkart Don’t play like a loser.

By the end of the day, #SoreLoserFlipkart hashtag started trending to troll Flipkart which tried to hijack the sales of Moto G4 Plus. After that, Amazon had to put money to promote its hashtag #MotoOnAmazon to keep itself top of all the trends.

What was the reason behind this Moto sale on the day of Moto G4 Launch?

While we cannot exactly say what was the reason behind this sale and #MotoOnFlipkart trend, we can make few assumptions based on few past incidents. It was clear that Flipkart wanted to attract Moto users with attractive price offers. With this move, it wanted to confuse Moto G users to think about other Moto products available on Flipkart with big discount. It could be the strategy to affect the sale of Moto G4 Plus.

But, why did Flipkart want to affect the sale of Moto G4 Plus?

The reason is simple. When Motorola came back to India, it launched Moto G exclusively from Flipkart and this partnership continued for other Moto G products till Moto G 3rd Generation. For this new Moto G4 Plus, Motorola selected Amazon.

By the end of the day, Motorola also confirmed that the price of on Flipkart was unofficial. It means, Flipkart intentionally gave discounts on Moto products to attract more customers and keep them away from Amazon.

Not just Motorola, Xiaomi, and Lenovo also started with Flipkart but moved to Amazon for the exclusive launch of their products.

It shows how Flipkart is losing those exclusive partnerships which helped company a lot in past. Motorola, Lenovo, and Xiaomi phones were best-selling phones in the country and helped Flipkart in earning big money. These companies will keep on launching good phones and will be selling the large volume of phones, but from Amazon.

It was the frustration of Flipkart which came out in the form of #MotoOnFlipkart sales.

What do you think about this? Share your opinions with us via comments.