Lenovo A8-50 with 8 inch Display and Voice Calling Now Available in India for Rs 17,490

Lenovo has launched a new tablet in its A series of tablets. This new tablet is called as Lenovo A8-50 and is now available on Flipkart for Rs 17490. Flipkart is the exclusive seller of the tablet in the country. It was originally announced with many colors but in India only Midnight blue color model is available. This tablet is being considered to be the successor of Lenovo A7-30 and Lenovo A7-50. 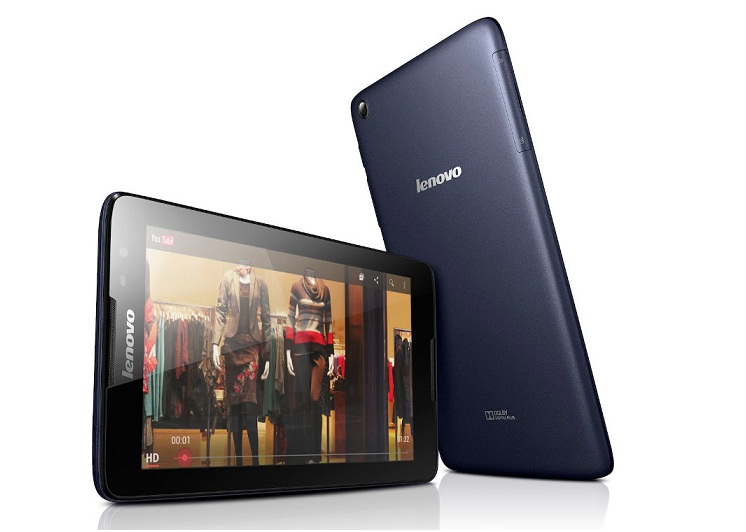 If we talk about the specifications, Lenovo A8-50 has a 8-inch display. It is equipped with a 1.3 Ghz quad-core MediaTek processor. Lenovo A8-50 comes with Android 4.2 out of the box but the phablet is upgradable to Android 4.4. It also has a calling facility with a single SIM slot and also offers 3G data connectivity. Talking about the photography features, Lenovo A8-50 has a 5MP rear or back facing camera. It also features a 2MP front  facing camera for video calls and capturing selfies.

Other features of the tablet include 1GB RAM and 16GB internal memory that can be expanded via microSD card upto 32GB. Lenovo A8-50 has also a front facing dual speakers along with Dolby Digital Plus support. It will provide a nice music experience for the users. The battery backup of the phablet seems good as it has 4200 mAh battery.