Satya Nadella of Indian origin may be next Microsoft CEO

Satya Nadella, a Microsoft insider currently leading its enterprise effort, may be next CEO of Microsoft overthrowing Steve Ballmer, current Microsoft CEO, reports Re/Code’s writer Kara Swisher. Also Bill Gates can be replaced as the chairman, says the report. Microsoft may formally announce its new CEO next week and Nadella seems to be the strongest contender. 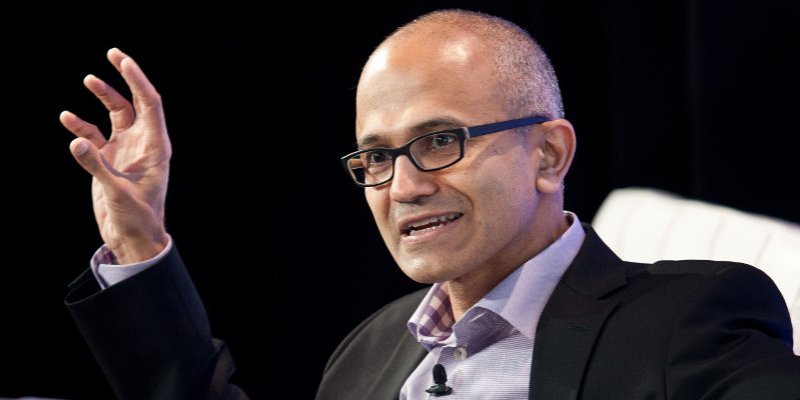 46 years old Satya Nadella was born in Hyderabad, India to an IAS officer. He did his BTech electronics and communication engineering from Manipal Institute of Technology before moving to US for MSc in Computer Science from the University of Wisconsin. He is also an MBA. Satya Nadella switched to Microsoft in 1997. Earlier he had worked in Sun Microsystems. He has been working with Microsoft ever since, for more than 23 years.

As of now, Satya Nadella is the President of the server and tools business at Microsoft. He was appointed the same in 2011. Before that, he had lead Microsoft’s Research and Development Department as its Vice-President. In his 23 years of service to Microsoft, he had become aware of the complex corporate structure of Microsoft, earning him advantage over other contenders – strategy head Tony Bates and Nokia leader and former Microsoft executive Stephen Elop.

Although Nadella’s familiarity with Microsoft is an advantage, challenges awaiting him are many. Windows 8, which was launched with such enthusiasm was unable to woo customers. Also Microsoft’s Nokia phones like Nokia Lumia had not seized the market as was expected by Microsoft. The company needs improvements in customer space. In addition to this, Microsoft is said to have lost its innovative lustre. Google and Apple, who once used to be Microsoft’s competitor, are now far ahead of the company in terms of market influence, revenue, company valuation, and innovation.

“Satya Nadella has a lot of experience, but not as much as someone who typically runs a company of the size of Microsoft. He has spent most of his time in the enterprise space, so I think he would need a very strong lieutenant who gets the consumer market. Microsoft’s biggest challenge is consumer and Satya doesn’t have experience in this market, ” Patrick Moorhead, President at Moor Insights & Strategy, told The Times of India.

Here is an interview of Satya Nadella