We all love the beautifully designed, animated and colorful sketches that appear on Google’s homepage, replacing the usual Google logo, in honor of an individual or an important landmark in the history of world. But can these sketches be termed racist? The team at SPARK Movement accuse Google Doodles of being racist and sexist. “We like Google Doodles a lot, but can’t help but notice that, like a lot of other places where we learn history, they felt a little…male. And white.” 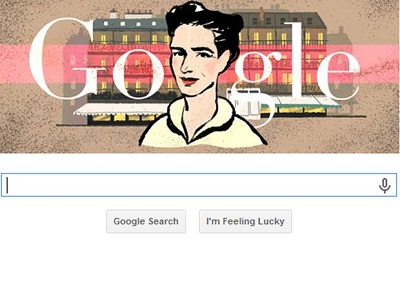 The people at SPARK have noticed that white men get featured on the Google homepage all the time, whereas women of color are rarely honored, something that escaped the attention of everyone, including Google’s Doodle developers. The research conducted by members of the movement showed that out of the 445 individuals honored by Google Doodles from 2010-2013, only 19 were women of color, 54 were white women, 82 were men of color, and an overwhelming 275 were white men. 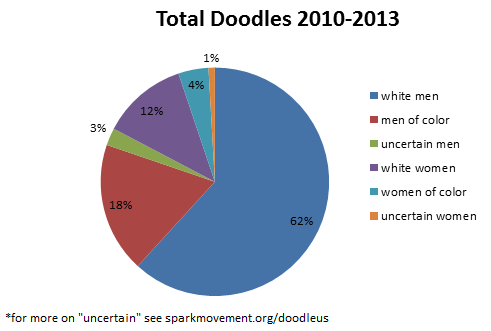 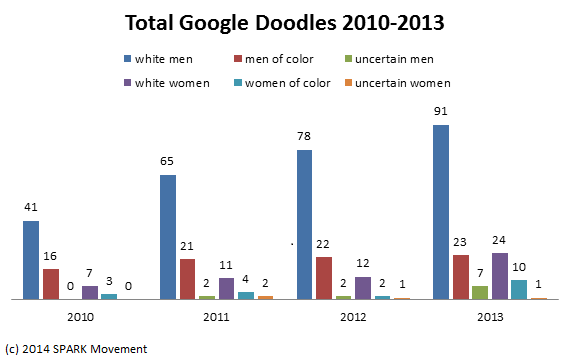 There are some other astonishing facts as well that SPARK mentions (Source: SparkSummit.com).

However SPARK Movement not simply criticizes these globally-loved sketches but also provide a list of people (esp. colored women) that should be honored with a Doodle (View this list here). They want Google to acknowledge this imbalance and make a public commitment to improve these numbers and you can be a part of their noble issue by signing and sharing their petition.