Today, Fujifilm launched its new Fujifilm X-T3 Mirrorless camera in Indian market. The camera is an upgrade over existing Fujifilm X-T2 that was launched back in 2016. While there has not been much changes in design, the tech specs have been improved a lot and this is also the largest jump in features and performance in a Fujifilm camera in quite some time.

The rugged magnesium alloy body is sealed to offer moisture and dust resistance. So, you can carry it with you even in rough conditions. Between shutter speed and exposure compensation dial, there is a Fn button. The position is bit weird as it is hard to reach. At the back side, it has few other controls. The top has a row of buttons. Total there are 6 buttons and a rear dial. The camera has two memory card slots and each of them supports UHS-II / V90 cards. You can set to save Raws on one card and JPEGs on another. You can also have the second card serve as backup.

The camera uses a new 26.1MP X-Trans backside illuminated CMOS sensor. Fujifilm talks a lot about this new sensor. The camera also has new quad core CPU, called the X-Processor 4 that claims to offer 20x faster performance than the original X-Processor. I didn’t get much time to check the performance. So, I am looking forward to get this camera and test it to know more about the performance. 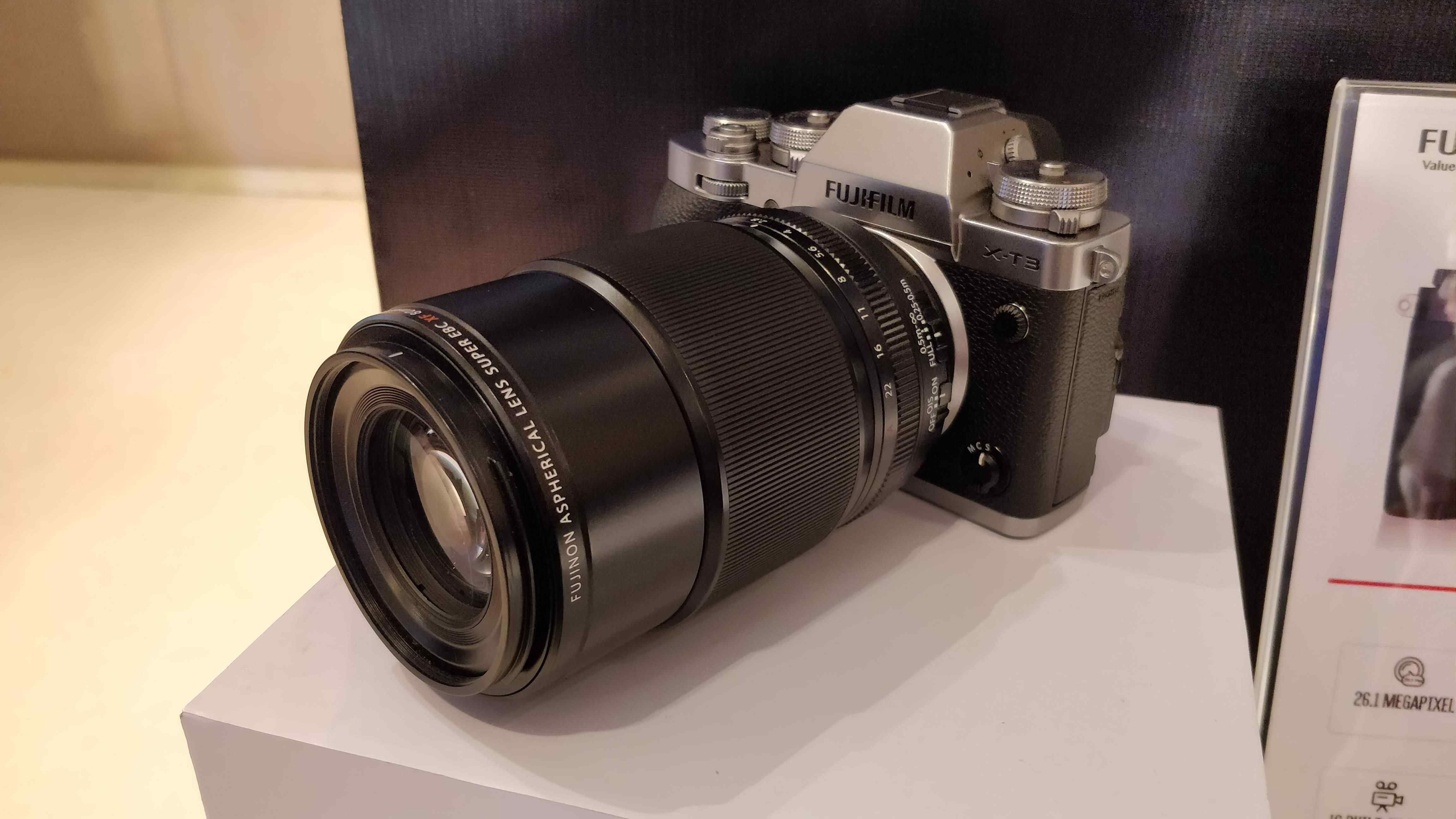 Autofocus looks impressive, so it is helpful for videographers It has 425 phase detect autofocus points that provide 99% vertical and horizontal coverage. Fujifilm also claims that Face and Eye Detection algorithms have been completely re-written. During the short usage, I find face detection and autofocus really good. I didn’t get a chance to transfer those images to put it here. So, I can provide no camera samples for now.

There is a continuous shooting mode which can capture 11fps (up to 36 Frames) with continuous AF using the mechanical shutter. It can be even better 20fps ((up to 34 Frames)) using the electronic shutter.

It can record 4K 60p in either DCI or UHD aspect ratios. You can also choose to use either H.264 or the newer H.265/HEVC codec with data rates up to 400Mbps. But make sure you are using a card meeting V60 standard for shooting video at 400Mbps. 4K a/3P uses full width of frame but 1.18 crop is there for shooting 4K/60p. It has 3.2-inch Display with 1.04 million dots that is a standard these days. The LCD display is touch-enabled. It can be tilted up or down and you can also tilt the screen left-to-right that helps while shooting in portrait orientation. It is a video centric camera, so it could have the fully articulating screen for better experience.

It packs NP-W126S lithium-ion battery that is rated for 390 shots. It seems good for a mirrorless camera. In case you need more battery power, you can buy the optional VG-XT3 battery. This grip attachment packs three batteries providing around 1200 shots per charge. Fujifilm has taken care of smooth switch between batteries, so videos or bursts shot will not be interrupted.

Overall Fujifilm X-T3 mirrorless camera is impressive. It has good hardware and software to offer excellent performance. It has fast autofocus that impresses. I didn’t get much time to check the camera properly to give my final verdict. But the initial impressions were really good.