We all know that OnePlus 6T will follow OnePlus 6 and it is expected to launch by the end of this year. So, we have reached to the point when leaks be all around the Internet until the launch. OnePlus also knows how to leak things and create a buzz.

Now we have the first details of OnePlus 6T confirmed by a Russian Regulatory. 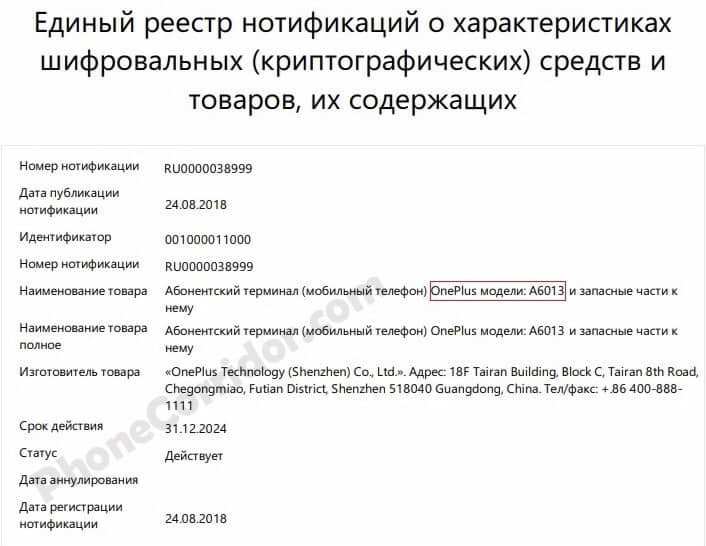 Since OnePlus usually follow the same design as in related Oppo R series smartphones. So, OnePlus 6T will feature the design similar to Oppo R17 Pro.

As its predecessor, the phone will feature Snapdragon 845 SoC paired with 6GB and 8GB RAM. It is expected to feature 6.4-inch AMOLED display with high-end dual camera, a high0end front camera and 3500 mAh battery. OnePlus 6T should run Android 9 Pie OS out of the box.

OnePlus already has a pressure after POCO launched POCO F1 for starting price of Rs. 20,999. POCO F1 packs powerful hardware but there is a compromise in design. People who want a powerful have an extraordinary choice in form of POCO F1 and it could affect the launch of OnePlus 6T. OnePlus cannot priced OnePlus 6T less than OnePlus 6. So, it should think about offering features to justify the price difference from POCO F1.

What are you guys expecting from OnePlus 6T? Let us know in the comments.