Namotel is planning to bring a phone for Rs. 2 Lakh; Is it another publicity stunt?

A few days back, an Indian company Namotel announced India’s cheapest phone Namotel Achhe Din for Rs. 99. This was not the only for of the company. The company listed few other phones on Its official website. The official website has listed a phone Namotel VVIP for the price of Rs. 199999. Yes, you are reading it right. As the name suggests, this phone is only for VVIP people.

Yes, you are reading it right. As the name suggests, this phone is only for VVIP people.

Can you guess why this phone is priced at Rs. 2 Lakh? This phone will come with 5.5-inch 4K Display, Deca-core processor, 6 GB RAM, 128 GB internal storage, 21 megapixels rear camera, 8-megapixels front camera, Fingerprint sensor, Android Marshmallow and 10000mAh battery. The phone is so costly because of its 22 Ct. Gold metal body.

This phone has no real value for consumers. As we can already guess, this phone is another attempt to grab some eyeballs to get recognition.

The product page on official website also shows product photo but that is not of actual product. The company has put a note saying “Pictures shown on the website is for illustration purpose only.” It makes it clear that company has planned nothing about its products. If it really brings products in the market, it will be only selling rebranded phones. 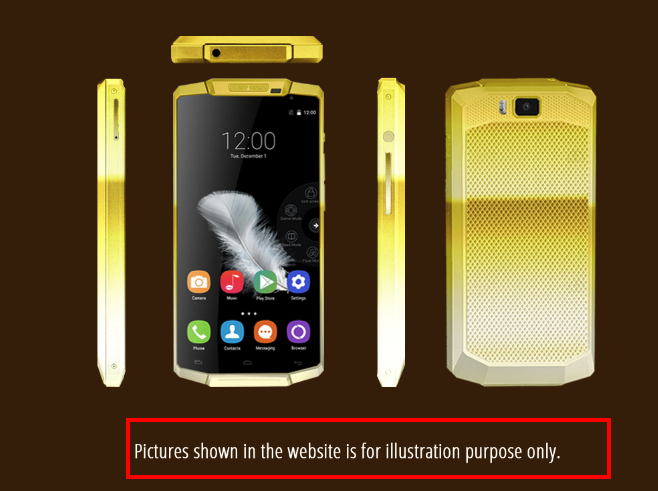 I also saw one more interesting thing on the website. This was the about page where company boasts to be “most talked and fastest growing mobile.” and plans to have “complete in-house R&D” in future.

While the company is in too hurry to get media attention by announcing products for Rs. 99 or Rs. 2 Lakh, it has yet to plan its smartphones. And the same company talk about R&D team. No, I have no intentions to defame the company. I am just wondering how the company has yet to come into the real business, but it has already announced few impossible looking products.

The existence of this VVIP phone and its launch is still doubtful. The company got media attention a few weeks back when it announced India’s cheapest phone for Rs. 99. Most of the publications suspected it to be another fraud similar to Freedom 251 smartphone. Namotel products are not in the market because the company has yet to get BIS (Bureau of Indian Standards) certification. The company promises to confirm release dates of smartphones after getting the BSI certifications from the Indian government.

We cannot confirm if the company is doing genuine attempts or just trying to get some fame with publicity stunts. But Namotel has no product in the market. All listed products will be available only after the company gets BSI certifications. We have no idea when company will be into real business.

What do you think about this company and this VVIP phone? Share your views with us in comments.