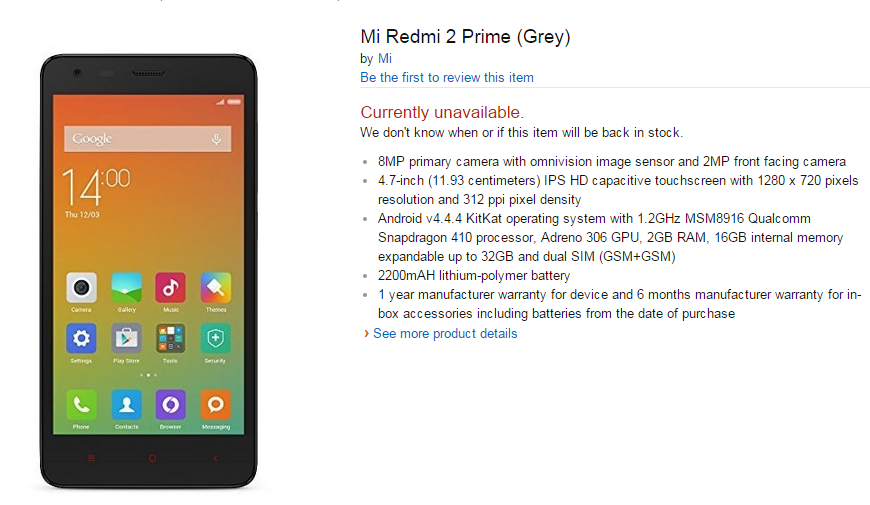 It seems Xiaomi is set to launch variant of its Redmi 2 in India dubbed as Xiaomi Redmi 2 Prime in India. Amazon has listed the smartphone without any price tag and status was unavailable. Later, it was removed from the listing.

As per the Amazon listing, we got to know about the few specifications of the smartphone. Redmi 2 Prime features a 4.7 inch  IPS HD capacitive display with 1280 x 720 pixels resolution. It is powered by a 1.2 GHz MSM8916 Snapdragon 410 processor with Adreno 306 GPU. It has 2 GB RAM, 16 GB internal storage and microSD card slot to expand storage.

Redmi 2 Prime features a 8 megapixel rear camera and a 2 megapixel front camera. It is packed with 2200 mAh battery. Connectivity features of the smartphone are 4G, 3G, Wi-Fi, Bluetooth and GPS.

Amazon has removed the listing, so you will not be able to find it now. I think, that page went live by mistake and Amazon will make it live after the official announcement. I also hope to see a flash sale for this phone.

Thanks FindYogi for the tip