Google Translate for Android Gets Support for Handwritten Hindi Input

Google has pushed an update to its official Google translate all for Android. Now the app supports handwritten Hindi and Thai input to translate into other languages of your choice. 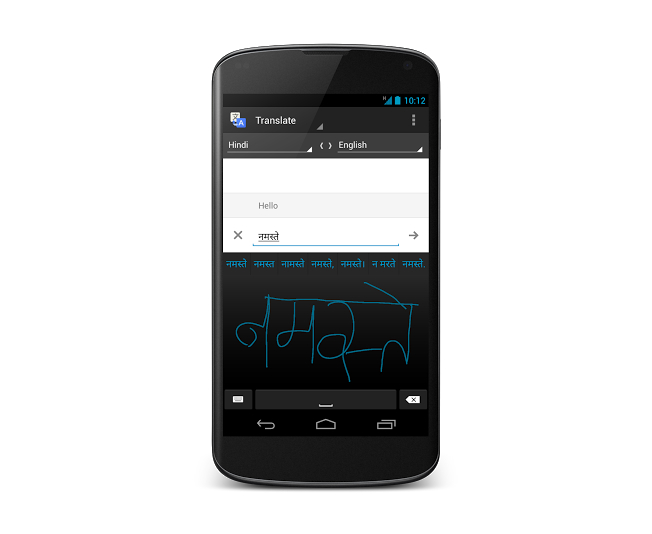 Now, one can simply draw the text in Hindi on the main panel and see the translated text in the other language. After adding Hindi and Thai, now Google supports handwriting input for 48 languages.

“Simply tap the camera button, point at the text you want translated and take the picture, and brush over the text you want with your finger—in an instant you’ll see your translation,” Google notes in a Google+ post.

Updated version of Google Translate app is available to download via Google Play.