BlackBerry Q10 is finally launched in India for Rs. 44,990. We already reported the expected launch of the smartphone few days back. It was announced back in January. 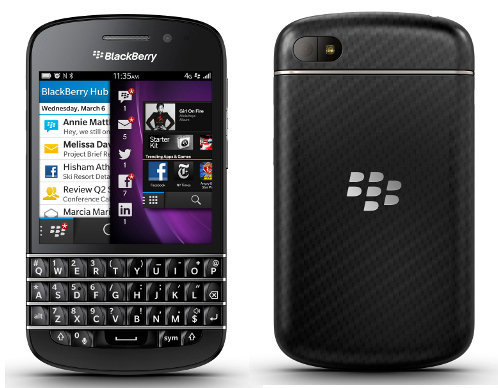 It comes with BlackBerry 10 OS which has so many exciting things. It includes BlackBerry HUB, BBM with voice and video caht, TimeShift camera, BlackBerry Flow UX, HTML5 Support browser and many more things. Other features of the smartphone includes 8 megapixel camera and a front camera of 2 megapixel with 720p video recording.

Other features of the smartphoone are 3G, HSPA+, dual band wifi, Bluetooth, micro USB, NFC. It is packed with 2100 mAh that claims up to 13.5 hours of talktime and 15 days of standby.

It would be available in Black and White colors.