Amazing features of Sony Play Station Vita, are you ready to buy 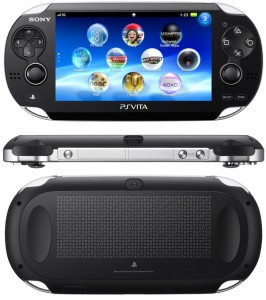 The Vita features a quad core mobile processor based on the Arm Cortex A9 architecture and a dedicated GPU. The device also features a rear and a front camera. The Vita also features a capacitive track pad at the back of the device like the one featured on the Motorola Backflip for easy and accurate navigation.

PS Vita makes use of the system’s stunning 5 inch OLED touchscreen. With a swipe, tap or touch of a finger you can guide Nathan Drake over rocks, bridges and cliffs by selecting the path you want him to follow in the action-packed Uncharted: Golden Abyss.You can also use your finger to line up and pot balls with amazing accuracy in pool sim Hustle Kings. Both simple and intuitive, the touchscreen on PS Vita allows you to explore amazing scenery and interact with your favourite PlayStation games.