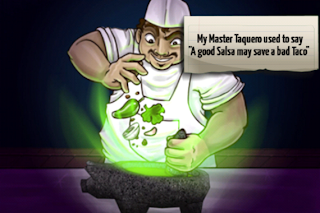 Creation of Mexican company Kaxan Games, Taco Master is the most downloaded iPad app of the world.
Tthe president of Kaxan Media Group, Ricardo Gomez said,”It’s very engaging and addictive and has received millions of downloads in more than 50 countries.”
The game was releasd on Aug 4 and just after few days, it has recived millions of download and ranked as most downloaded app of the world.
The cost of the app is 97 cents but the pirated verion of the game is also running in the market. Gomez also said on this that it’s what always happen with Good games.
“The kid who uploaded it even tweeted it on his account like some achievement. It’s infuriating because they don’t charge anything; they do it for the pure pleasure of ‘hacking’. This action won’t affect our sales that much because those who are used to downloading pirated software are going to keep doing it and those who aren’t will keep (downloading games) legally,” he added.