Vlogging is the latest trend. With increasing consumption of video content across different social media platforms. In placing or reading content, people now choose to watch videos. This is the reason bloggers are now becoming bloggers. So, you need to take care while picking the best camera for vlogging. For helping you with your buying decision, I have made a list of the best vlogging cameras.

If you have a good smartphone and do not want to invest much on the camera, you can make a vlog using the phone. Phones can now record 4K videos. But picking a camera gives an advantage. Cameras cannot record good audio, so you need to buy a good microphone for audio. The shotgun mic works well for recording Vlog. Take a look at best Shotgun mics under Rs. 10000. So, it won’t add much burden on your pocket.

What Makes a Good Vlogging Camera?

While shooting a vlog, you will be walking, running or doing other activities that may involve a lot of movement. So, Optical Image Stabilization plays an important role in recording a good stable video. Even if there are video editing software programs that can help stabilize footage but having it built-in the camera is better for good quality videos. In case you are planning vlogs that include sports activities, I recommend you the action camera.

Vlogging cameras need to be light in weight because you will be carrying it with you most of the time. While shooting for a vlog, you will be holding the camera point it at you. If the camera is heavy, you will start feeling pain in your hand.

Autofocus is another important thing. The best vlogging cameras should be quick enough to focus on what you want to show your viewers. You will be switching your camera from an object to you quickly many times in a video. So, there should be faster and accurate autofocus.

Now, most of the people want to see 4K videos. So the camera should be able to record 4K or at least 1080p videos. Anything below that will not be considered good. If you are picking a vlogging camera, I recommend you to go with a 4K recording camera.

Audio is also an important part of vlogs, so the camera should be able to record good quality audio with less background noise. But I still recommend a good shotgun mic for your vlogging camera for better audio. Cameras come with a microphone jack to attach the shotgun mic.

Now, most of the cameras come with a flip screen, but not all. So, don’t miss checking if the flip screen is available. It helps you in checking if you are in the proper frame and focus is also proper on you.

Note: There are also a few better but costly video cameras suitable for vlogging, but I focused on offering value for money without compromising the quality. 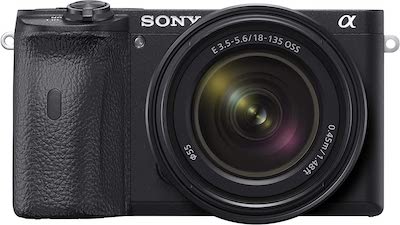 Sony A6600 is the best mirrorless camera for blogging. This camera features a 24.2MP EXMOR CMOS sensor with outstanding light sensitivity. It promises True-to-life 4K HDR (HLG) movie recording, so you will get a good video recording experience. It claims the fastest 0.02 Sec AF speed with 425 phase detection and contrast points. The camera also supports realtime eye AF for still / Video and Animal Eye AF. The 5 Axis Optical Image stabilization helps to record steady videos. It also has a 180º tiltable Screen for Vlog. Sony A6600 comes with external mic input for high-quality audio. It also supports Instant sharing via smartphone with Wi-Fi and NFC. The camera also supports 54 Native mirrorless lenses from Sony. 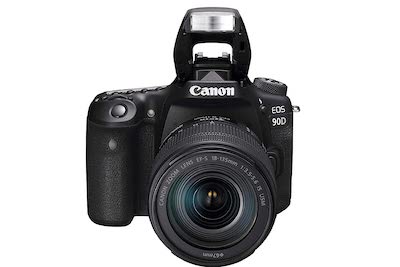 Canon EOS 90D is for those who want a DSLR camera for photography and vlogging. A DSLR shouldn’t be your first choice until you are also interested in photography. This is an excellent camera with 32.5 Megapixel CMOS (APS-C) sensor and 45-Point All Cross-type AF System. It can record 4K UHD 30P/ Full HD 120P videos. You can also capture High-speed continuous shooting of up to 10 fps. ISO ranges from 100-51200. You can pair it with your smartphone or laptop for wirelessly transferring photos. It is compatible with EF and EF-S lenses, so you have a wide range of lenses to use for photography. It also promises excellent focus even in low light. 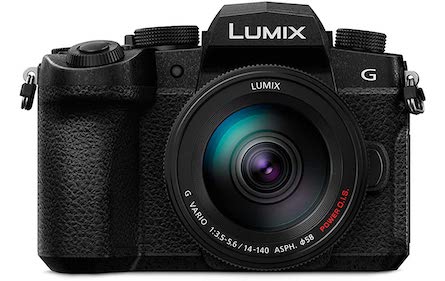 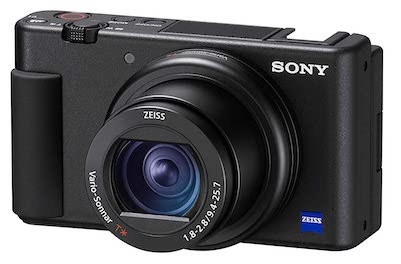 Sony markets Sony ZV 1 as a vlogging camera because it is compact and can record good quality 4K videos. Sony ZV 1 features a 20.1 MP stacked 1″ Exmor RS CMOS sensor with Large aperture 24-70mm 1 F1.8-2.8 ZEISS Vario-Sonnar T lens. The camera can record up to4K videos and promises powerful stabilization for Steady-Shot. It can also record dynamic super slow-motion videos. It also has a Directional 3-capsule inbuilt-mic with wind-screen for recording quality audio in your vlogs. The Vari-angle LCD screen helps in selfie and vlog shooting. It is compact, beginner-friendly, and offers good audio and video quality. This is really an impressive camera for bloggers. The camera includes a Background Defocus mode that automatically selects the widest aperture for proper background blur. 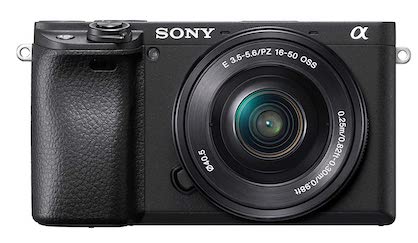 Sony A6400 is a compact camera with a 24.2-megapixel APS-C sensor. It supports 11fps standard burst shooting and offers 425-point hybrid AF. It comes with an XGA OLED viewfinder as well. The camera offers Good higher-ISO performance and delivers great image quality. It records 4K video using XAVC S codec and shoots at 25 frames per second. The camera can also record 1080p at 50 frames per second and 120fps slo-mo videos. The fast autofocus and tiltable screen make it suitable for vlogging. It supports WiFi, NFC, a QR code for seamless connections with the phone. 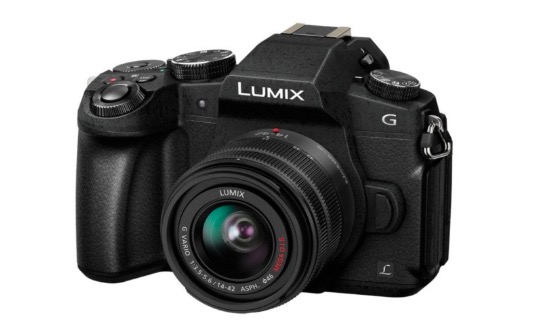 Panasonic Lumix G85 is another good camera for vloggers. It can record 4K videos and has a flip-out screen. The camera has 16MP Live MOS Sensor and features a 2.36m-Dot Electronic Viewfinder along with .04m-Dot Swivel LCD Touchscreen. The camera record 4K videos at 30/24 fps and can also capture 4K photos. It also features 5-Axis Image Stabilization. It also has a mic input in case you want to add an external mic. 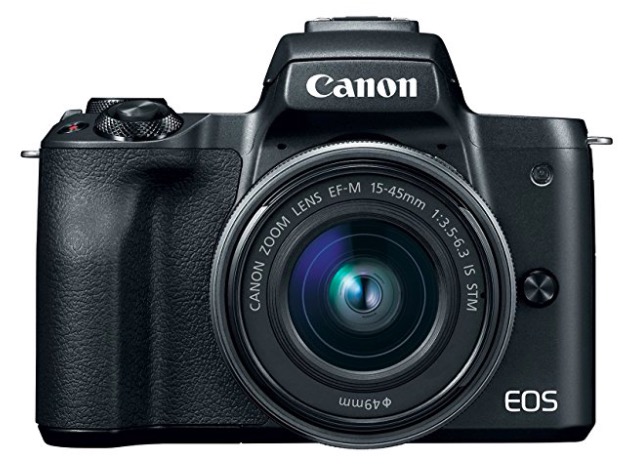 Canon Eos M50 is a mirrorless camera with 24.1 megapixels CMOS sensor. It is compact and offers excellent image quality. It supports 10fps continuous shooting. It has an LCD display that can be rotated for shooting at unusual angles.

This vlogging camera can record 4K videos and gives detailed footage but the Full HD recording is better. The reason is that it cannot use Canon’s excellent Dual Pixel AF for 4K recording. It comes with a built-in 3.5mm stereo microphone socket for recording better quality sound. 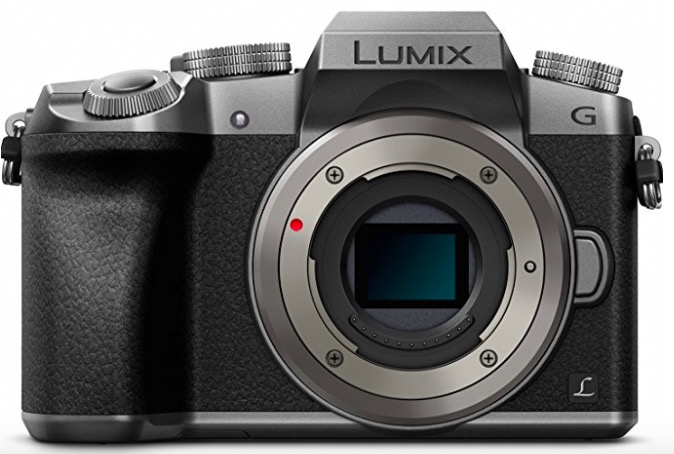 Panasonic Lumix G7 is an excellent camera for vLog and offers value for money. It is compact and comes with 16 Megapixels sensor. It has a 3-inch LCD display that can be rotated to different angles. This vlogging camera offers 4K Photo modes and can record high-quality 4K videos. It can record 4K videos at 30p or 24p frames rates It has fast autofocus and good EVF. The only issue is the no headphone jack. It has 4 dials and 16 different buttons. Good thing is that it comes with customizable function keys that you can customize as per your need. 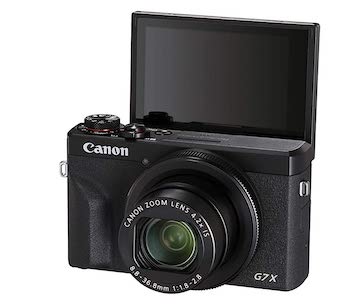 Canon PowerShot G7X Mark III is also an impressive camera offering food video recording. SO, it can also be a good option for bloggers. The camera has 20MP 1″-type Stacked CMOS sensor and comes with 24-100mm equiv. F1.8-2.8 lens. The touchscreen display tilts up 180° and down 90° so you can adjust it as per your need. The adjustable display is really important for bloggers. It can record 4K/30p and 1080/60p videos. The microphone socket lets you add an external shotgun mic. The camera also supports Live YouTube streaming. So, you can go live on YouTube whenever you want. Connectivity options include Wifi and Bluetooth. It also has USB 3.1 for charging and data transfer. This is a sleek 4K camera. 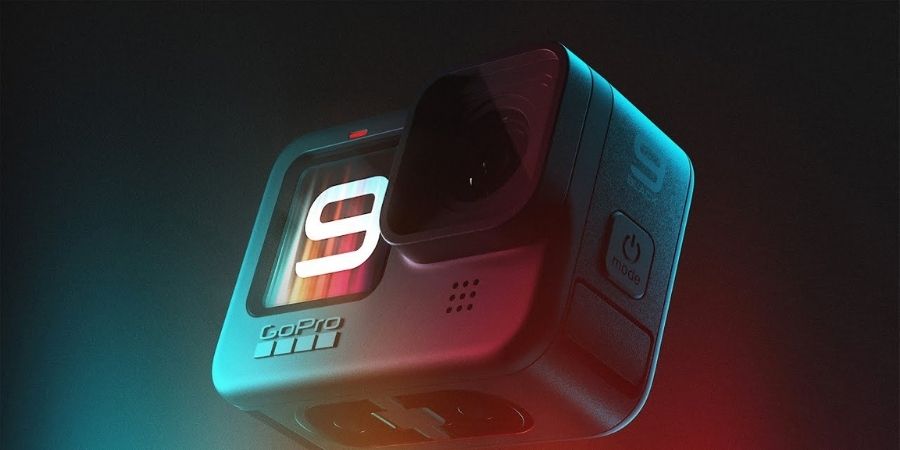 GoPro Hero 9 Black is the latest model launched recently. This one comes with a small display at the front for a better blogging experience. It is really compact and offers ultra-smooth video recording. It can record 5K videos at 30fps and 4K videos at 60fps. It can also record slo-mo videos and can capture Super photo or RAW. It also supports 1080p Live Streaming, It is also waterproof un up to 10 meters of water depth. The camera has 3.5mm Audio Mic Input with Media Mod and supports RAW Audio Capture. Connectivity options include Wi-Fi and Bluetooth. 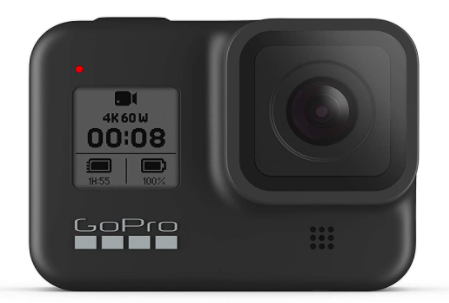 Even if Hero9 Black is official, Hero8 Black is still relevant and good for those who do not want to spend big. It has a 12-megapixel camera and can record hyper smooth 4K and 108p videos. The camera can also do1080p live streaming and can record slo-mo. It has a touch screen display to control the camera options. This action camera can also capture RAW photos, super photos, HDR photos, and Live burst photos. It also has 3.5mm Audio Mic Input and supports RAW Audio Capture. Connectivity options include Wi-Fi and Bluetooth. 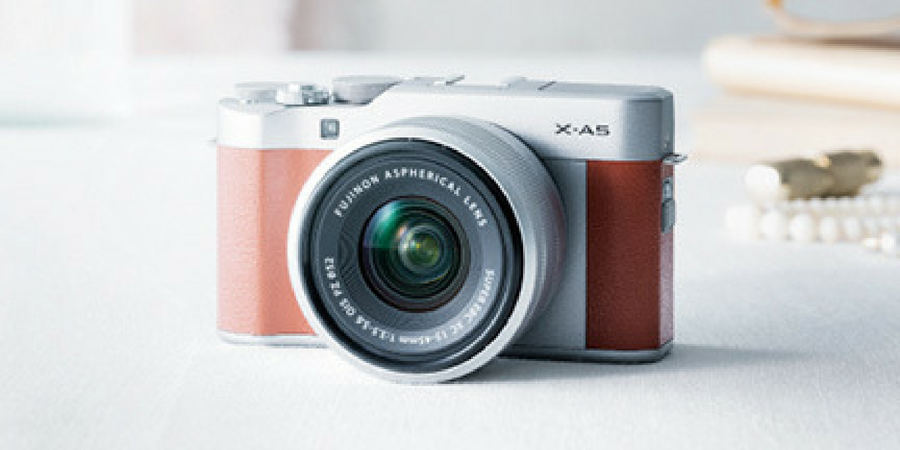 Fujifilm X-A5 is a Compact retro-style camera offering good features. It as 180 degrees tilting rear LCD screen that allows you to shoot from different angles. It features 24.2 megapixels APS-C CMOS sensor. The camera has several shooting modes and exposure compensation. It can also record 4K videos but the quality is average. The maximum 4K receding time is also just 5 minutes that is another disappointment. 1080p recording is good and frame rate options are 60fps, 50fps, and 24fps. It supports 6fps continuous shooting for photos. It supports Wi-Fi and Bluetooth for wireless pairing with your smartphone.

This was the list of best vlogging cameras available in the Indian market. I listed all good cameras offering good video recording. If you just want an easy to use but good vlogging camera, Sony ZV 1 is the one you should get. The list mostly includes mirrorless cameras. You can select anyone based on your budget and preference. I have explained everything you need to know about these cameras before buying. So do not miss the description part of the cameras.

If you know any other good camera for vlogging that I missed adding in my list of best vlogging cameras, let me know in the comments below.