Today, at an event in New York City, Apple launched the 2018 MacBook Air. This is laptop adopts the same design that other Apple laptop follows and features TouchID and Apple’s T2 controller.

Apple claims that the product is made with 100 percent recycled aluminum. It weighs just 2.75 pounds and is 17 percent smaller than the last MacBook Air. Even If the laptop weighs lesser than the previous model, the thinnest point has increased from 0.3cm to 0.41cm. 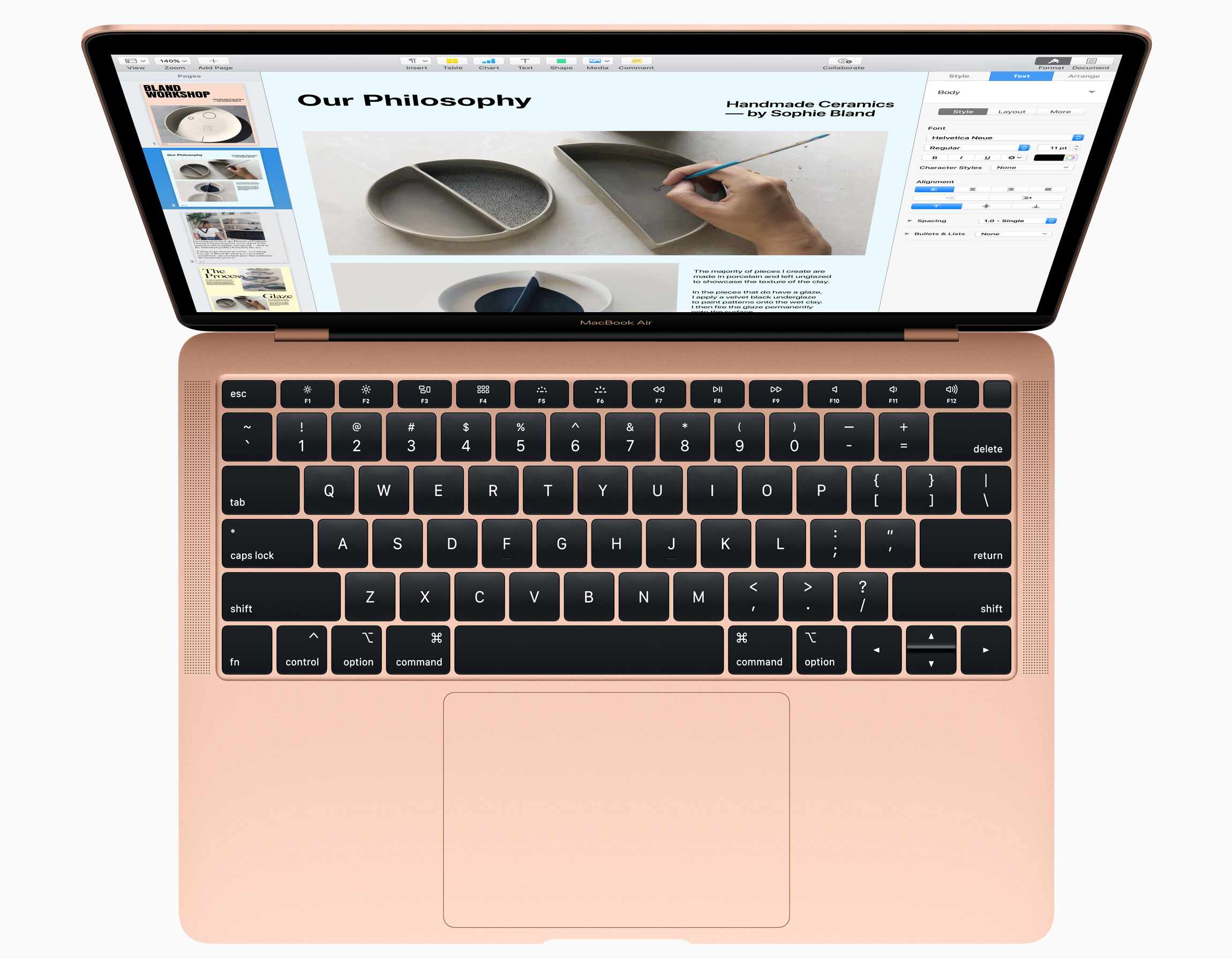 The new MacBook Air features 13.3-inch Retin Display with 2560×1600 pixels of resolution. Apple claims that it offers 48 percent more color than the previous generation. The base model comes with 1.6GHz (3.6GHz Turbo) Intel Core i5 with Intel UHD Graphics 617 and 8 GB RAM. It also has 128GB SSD storage. You have options for  up to 16GB of RAM, and up to a 1.5TB SSD

Apple has also included the Touch ID fingerprint sensor built into the keyboard. It allows you insanely unlock the notebook. To support the Touch ID, it comes with Apple T2 Security Chip that protects Touch ID information.

Connectivity ports include 2x USB 3.1 Type-C, w/Thunderbolt 3, 3.5mm Audio and Touch ID. It packs 50.3 Wh battery and Apple claims that the MacBook can offer up to 12 hours of backup.

The stats at $1,199. So, the updated MacBook Air also comes with a higher cost. It is on sale starting today, but shipping starts on November 7.