The phone is powered by Qualcomm’s octa-core Snapdragon 835 processor with Adreno 540. It will be available in 6GB and 8 GB RAM models. It claims to load games and apps faster. 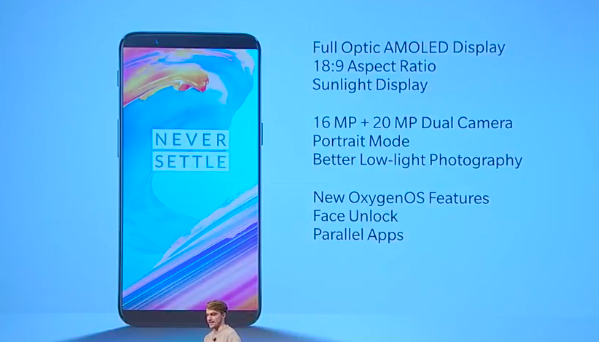 OnePlus claims that latest Oxygen OS offers pure Android with improved performance and better RAM management. The company also has 250+ beta testers who try new features before it comes in the stable version. The Oreo update for OnePlus 5 users will be available in early 2018. Oreo beta for the OnePlus 5T will come in December. 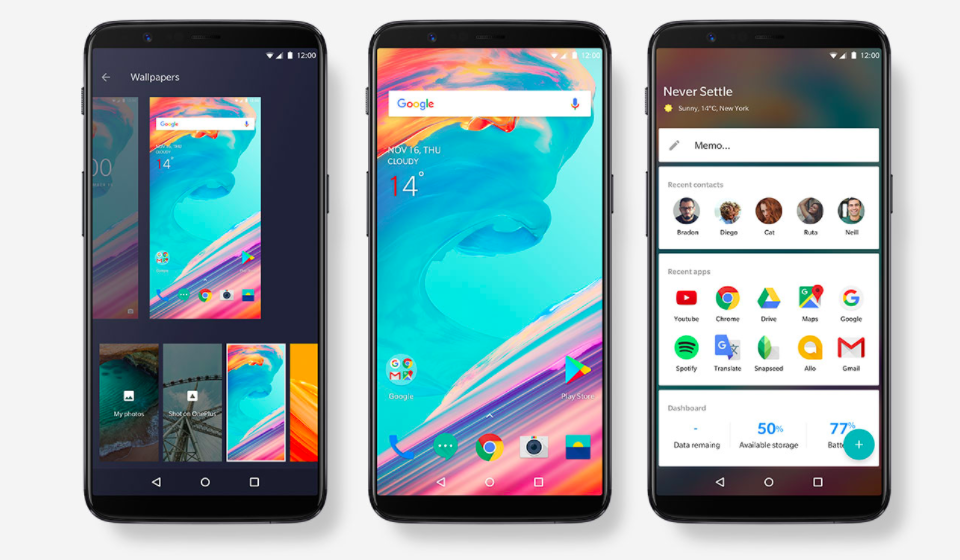 OnePlus has also developed a new app ‘OnePlus Switch’ that will help users change phones seamlessly. This app will be available by the end of this year.

OnePlus 5T comes with dual camera setup with improved Portrait mode and better Low-light photography over OnePlus 5. It has the same camera-hardware specifications as in OnePlus 5. It has 16MP + 20MP dual camera setup. It has 16 megapixels primary Sony IMX 398 sensor with f/1.7 aperture and 20 megapixels secondary Sony IMX 376K sensor with f/1.7 aperture. The company is using intelligent Pixel technology that combines four pixels to create better images in low light. It comes with EIS for video stabilization and it also supports 4K videos.

The fingerprint sensor has been moved to the rear panel to reduce bezels on the front side. OnePlus has also introduced Face Unlock. It claims to unlock the phone in 0.4 seconds. The company has made it clear that the Face Unlock will not work with third-party payment apps.