Smartphone sales in the third quarter of 2014 grew by 20.3 percent and reached to 301 million units. Many home grown vendors have launched low cost smartphones which in turns affected the sales of featured phones. So, featured phones sale declined 25% in the third quarter of 2014. Chinese companies have shown strong sales numbers but Samsung managed to beat all to be at top. Apple was at second largest smartphone vendor in terms of number of sales. But Apple was at top if we consider the smartphone sales value. 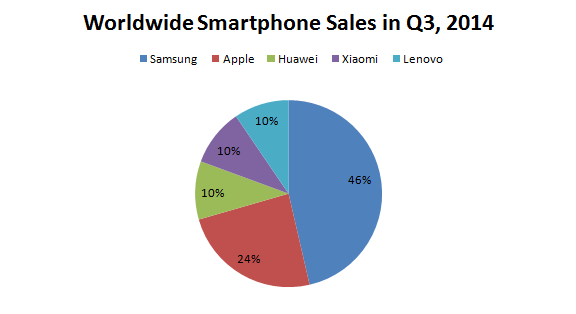 Chinese smartphone vendors were grew by 4.1% in combine but Xiaomi was the winner. This is the first time when Xiaomi made debut in the top 5 vendors list. In China, it saw an increase of 336% where it became the largest smartphone vendor. In India, it saw huge response. But a patent case force it to halt the sales in India till February. 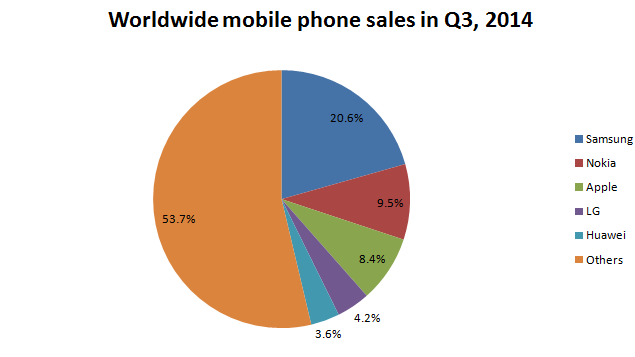 Samsung will not be happy by seeing this report. And it should seriously think and make the strategy for the next year. It has seen loss in every segment. Home grown smartphone vendors are snatching its market share. In Chine it is Xiaomi and in India it is Micromax and Xiaomi. Chinese smartphone vendors performed really well. And we can expect the same performance from these companies in the coming months.

Western European smartphone sales declined 5.2% in this quarter. This is the third consecutive decline this year.

Smartphones are already account for 66% of world’s total mobile market. And it is expected to be 90% by 2018.