Karbonn has launched Karbonn TA-FONE A34 HD tablet in India. It is now available to order online via Saholic and official website as well. It is the upgraded version of Karbonn TA-FONE A34. Most of the features are also similar to previous version. 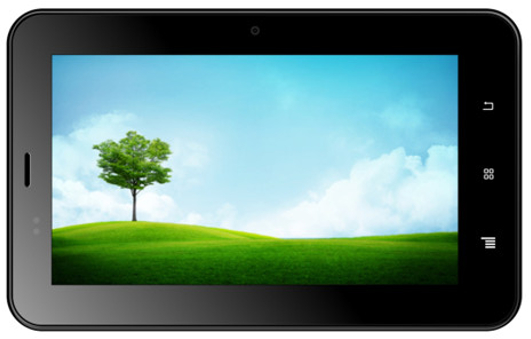 Karbonn TA-FONE A34 HD features a 7 inch capacitive touchscreen display with 1024×600 pixels resolution. It runs on Android 4.0 Ice Cream Sandwich mobile operating system. It is powered by a 1 GHz Cortex A9 processor. It features a 2 megapixel camera and a front VGA camera. It is packed with 512 MB RAM ad 4 GB internal storage. It also has a microSD card slot to expad storage up to 32 GB. Other features are dual SIM connectivity, 2G EDGE (via SIM card slots), WiFi 802.11 b/g/n, Bluetooth and 3000 mAh battery.