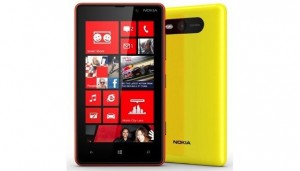 Nokia Lumia 820 is the second device introduced by Nokia and considered to be the little brother of Nokia Lumia 920.

Talking about the display of Nokia Lumia 820 it has got a 4.3 Inches AMOLED Display of WVGA resolution and Nokia said that if the resolution is Lower it will Step up from the 920. Lumia 820 misses PureMotion HD+ feature .  if we go inside the Phone you will find the 1.5 GHz Dual Core processor , 1 GB RAM but a little smaller battery of 1650 mAh bAttery and a smaller storage of 8 GB. 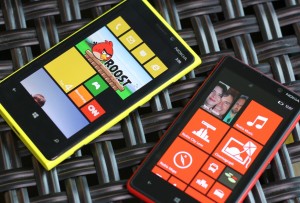 One of the greatest advantage of Nokia Lumia 820 over the Lumia 920 is a presence of micro SD slot which supports a card slot of 32 GB in size. As the windows 8 interface is also not clear as yet so software can’t be explore much.

If we go to the overall construction of Nokia Lumia 820 it will most suited for regular finger prints and have a Glossy paint job like impression. 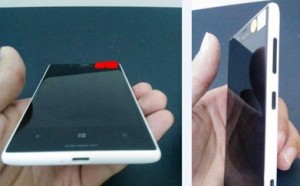 As Lumia 820 has much amount of lower pixels than Lumia 920 as the display is based on WVGA technology which is one of the drawback  that I considered which looks really pale as compared to Nokia Lumia 920.

Though the overall phone looks just awesome and Lumia 820 is a budget phone and features that Nokia discloses was just great to hear and keeping finger’s crossed as future of Nokia depends on these phones only. Let see how the customers react to it.