Here is the list of the best video calling apps for Android. If you were looking for a good video calling or video chatting app, have a look at this list. 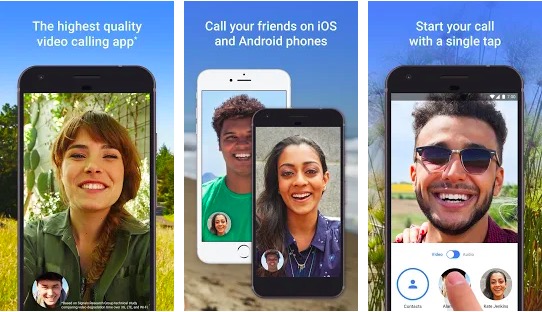 Google Duo is one of the best video calling apps for Android. Google launched it as a dedicated video calling app with a simple interface and straightforward options. It is easy to use and you just need to verify your number for creating an account.

Its “Knock Knock” feature makes it notable as it shows a live preview of the caller before you receive the call.

If you call your friend who couldn’t receive your call, you can also leave a video message. So, you can still share the moments who wanted to share in video call even if your call was not picked. 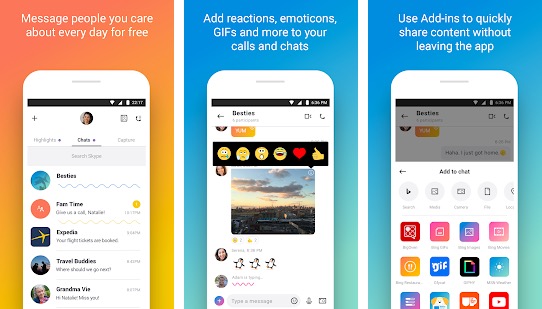 Skype is still one of the most popular calling apps that offer both voice and video call options. As the service is old, lots of people know about it and still use it actively. It offers good quality video calls. You can also make group video calls and even share video messages. Along with video calls, it also offers text messaging and voice calls. It is available on most of the platforms including desktop, that gives it extra points to be on the list. It is also available for PlayStation and major browsers as an extension.

Skype is still most popular among professionals who use it for video calls with their clients and company persons. 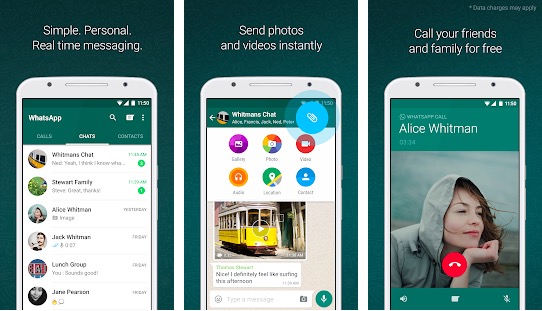 WhatsApp is the most popular messaging app and also offers video calling option. So, people now prefer it over other apps because they do not need to download a separate app for video calls. It also offers good video calling experience. While the quality is not as good as in Duo or Skype, you can still have a good video conversation with friends. 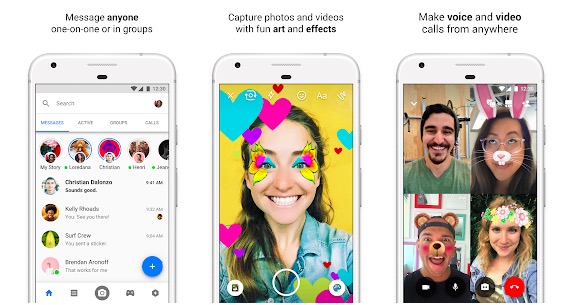 Facebook is the biggest social network where you are already connected to your friends. So, having video calls on Facebook Messenger makes sense. Not just normal video calls, it also offers several video filters to enhance the video calling experience. Not just one to one calls, but you can also have group video calls.

Along with video calls, there are also several other options including share files, photos, send location and share live location. You can also talk to businesses to check order status and get real-time customer service. 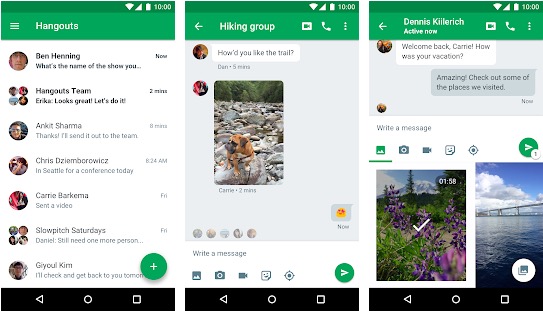 Even if Google has launched Duo, Hangouts is still one of the best video calling app for Android. It comes with pre-installed in many Android devices and you only need to connect your Google ID. The app offers excellent video calling quality like Skype. Along with video calls, you can send messages, emojis, animated GIFs, videos, photos, and location. Hangouts is available for both mobile and computer. 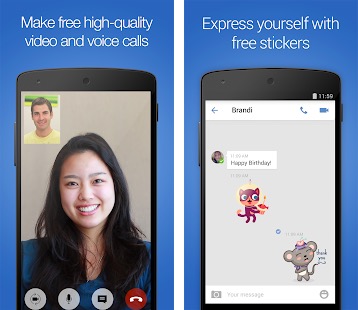 The imo is also a notable app for Android for video calls. It offers high-quality video calls over 2G, 3G, 4G* or Wi-Fi. Along with one to one video calls, you can also enjoy group video calls. You can have a group video call of up to 6 people. It also lets you share photos and videos. There are hundreds of free stickers to use while conversation. It is free but ad support. 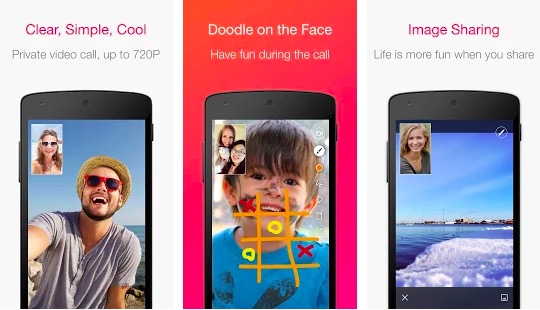 JusTalk is not so popular but good for making videos on Android. It also allows you to record your video calls directly from within the app. It also has a doodle feature that allows you to create doodles on your face, or anything else on the screen while you are on a video call. There are also options for Text messages, photo sharing, and video sharing. 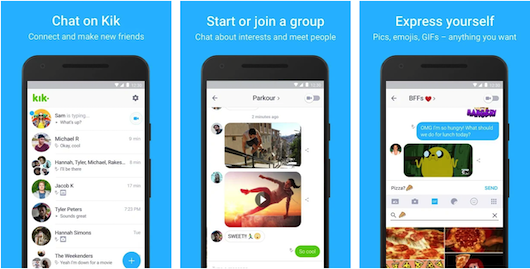 Kik is also a popular video chat app for Android. The app is primarily a texting app with a video chat option. Along with text and video chat, it also lets people share photos, videos, gifs and more. One can either have one to one chat or make a group to talk word several people together. The app is really easy to use. You just need to pick a username and start using the app. 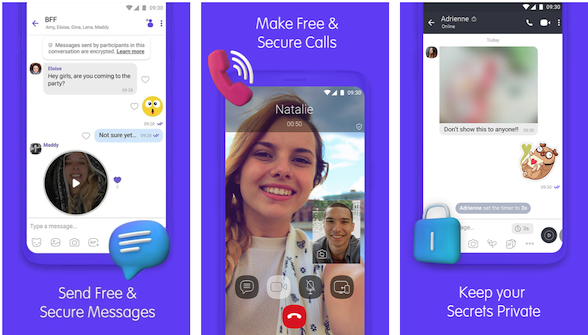 All of these apps allow you to have good quality video calls along with other features. You can use any of these depending on how you are comfortable. WhatsApp is a must-have app, so you can use that and avoid installing any other app for video calls. But Duo and Skype are still better for video calls.