A few weeks back, the Indian government banned several popular Chinese apps including SHAREit. SHAREit is a popular app that lets users share files, photos, apps, and music quickly. Now when the app is not available in India, several users are looking for SHAREit alternative apps. Most of the people are now looking for Indian SHAREit alternatives. So, I decided to make a list of best file-sharing apps similar to SHAREit. If you are also looking for the best SHAREit Indian Alternatives, we have included them on this list. 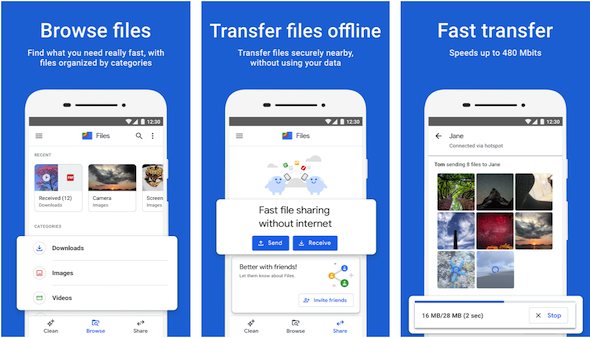 Files by Google is one of the most popular SHAREit alternatives. As the name suggests, this is the app by Google. It is not just a file sharing app but can be used for several things. You can use it to free up space by deleting old photos, memes, duplicate files, and unused apps. You can also check your phone’s storage and move files to the SD card from the phone. The app can be used to manage and search files.

Like SHAREit, It can be used to share files from one device to another using Bluetooth. The app uses secure WPA2 encryption for file sharing. You can send videos, photos, documents, music, and APK files in a few seconds. Google claims that the transfer speed can be up to 480 Mbps over an encrypted direct wifi network.

The app is also integrated with Google Drive for quickly taking backup of your important files. So, the app is more than just a SHAREit alternative. 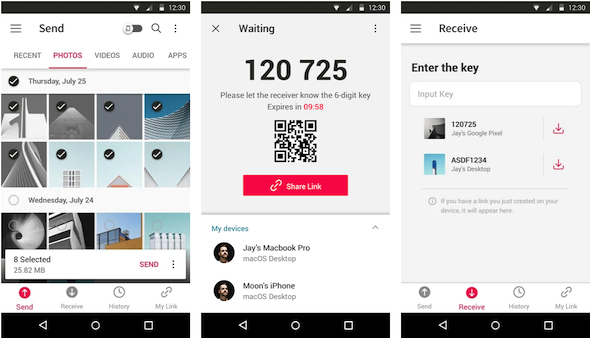 Send Anywhere is similar to SHAREit and lets you transfer files from one device to another quickly. It uses Wi-Fi Direct and all the connections are 256-bit encrypted. You do not need an active internet or mobile data for file transfer. Open the app, select photos, videos, audio, apps, and other files and send them. There will be a QR code to scan or link to share with the receiver. You will be shown a 6-digit key that needs to be shared with the receiver.

The app is available for both Android and iOS. It is also important to note that Send Anywhere app is owned by Send Anywhere, a South Korean company. 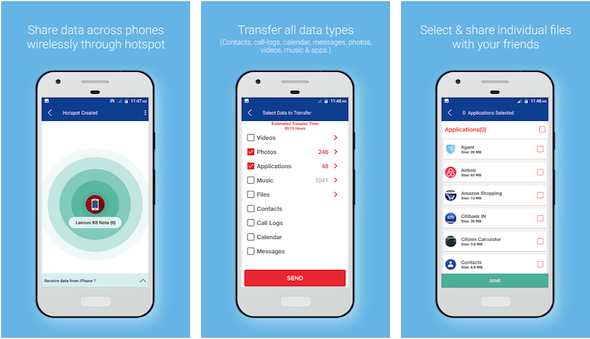 JIOSwitch is by popular telecom giant Jio and is one of the best SHAREit Indian alternative apps. This Indian app offers similar features that you could get in SHAREit. The app lets you transfer photos, videos, music, files, contacts, messages, and more from one phone to another. The app is available for both Android ad iOS. So, you can also perform cross-platform data transfer. There is no size limit for data transfer and it doesn’t require an active internet connection. The app claims to offer data transfer speed over 100 times faster than Bluetooth. 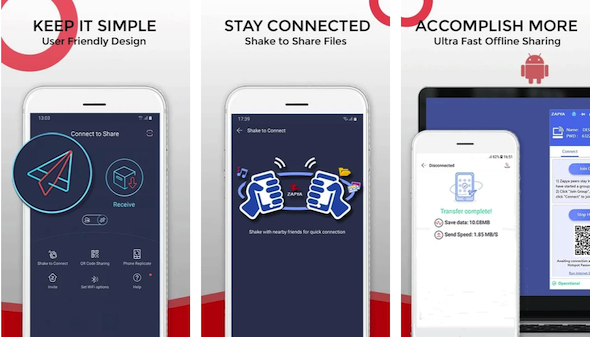 Zapya is also a worth SHAREit alternative offering cross-platform file sharing. It supports multiple mobile and desktop platforms including Android, iOS, PC, Windows Phone, Mac, Tizen, and Web. So, you can rapidly transfer applications, videos, photos, music, and other files from one device to another. The app claims to offer a data speed of up to 10MB/S, 128 times faster than with Bluetooth. With the app, you can bulk transfer files, or replicate a phone if you want.

The app is by a US-based company DewMoblie. 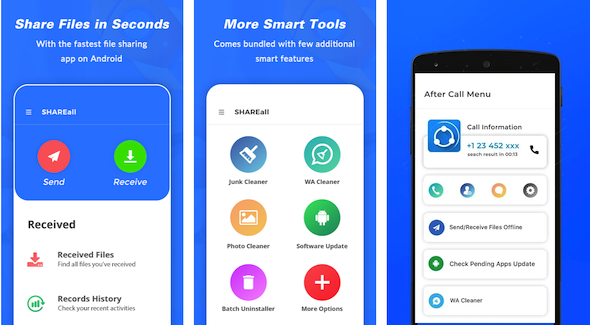 SHAREall is also an India app offered by Gurgaon-based Quantum4u. This app also lets you share files, Movies, Video, Apps, Pictures with other smartphones without having an active internet connection. The app claims to offer 300 times faster data transfer speed. It has a UI similar to SHAREit and is really easy to use.

It also includes Junk File & Junk Photo Cleaner that lets you clean junk files, cache, and duplicate files. It also has an update checker tool that checks all the apps and games for available updates.

SHAREall only available for Android, but the company has promised to bring it for iOS and web in the coming weeks.

Recently Mx Player also released an app MX Sharekaro but I didn’t include that app in this list because of a China link. Mx Player is now owned by an Indian company Times Internet that has investment from Chinese internet giant Tencent. While having investment from China doesn’t make an app risky but there are other similar and better apps. So I didn’t add the app to this list.