Football (or soccer) is the most popular sport around the globe. Not just in real-world football, the game is equally popular in the virtual world. The football video game is popular on all major gaming platforms including Android. If you own an Android device and looking for a good Football game, we have a list you always wanted. Here, we are listing the best football games for Android. You can check any of these games, install and enjoy football on your Android phone.

There are hundreds of football games for Android available in the PlayStore. So, I have tested a few and made a list of the best Football Games for Android. You can check all these games and download a few on your phone to enjoy.

Dream League Soccer 2018 is one of the best football games for Android. The game lets you manage your own team, control your players and enjoy the football game. The gameplay is similar to FIFA’s career mode but lacks player contracts or club transfers like things. You can collect coins by playing and winning matches. Other ways of collecting coins are completing achievements, or watching advertisements. Then you can use those coins to sign any player from the transfer market.

This game also saves your progress on the cloud. So, you will not have to start from scratch if you ever switch your phone. 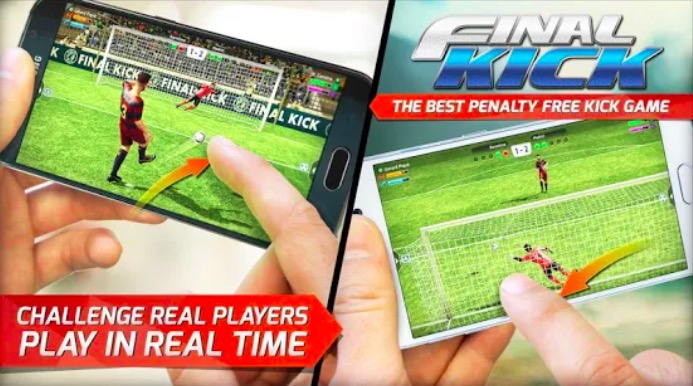 How could I miss the EA Sports’ FIFA if I am making a list of the best football games? FIFA Soccer is one of the most feature-rich mobile football games for Android. This game features licensed players from over 550 real teams. So, you will get an amazing feeling. You will have to make your own dream team, compete with players worldwide and progress the game.

You can test your skill in single-player Campaign mode and then challenge yourself in different themed Events. 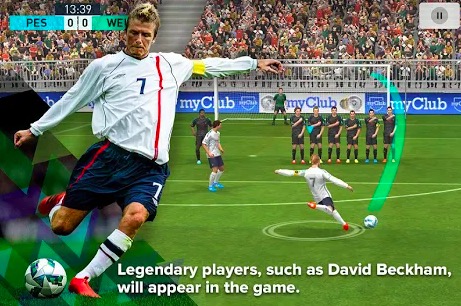 eFootball PES 2020 is one of the best soccer games for Android with amazing graphics and nice gameplay. This is a complete football game where you will have to manage your team and control your players. You can play with computer payers, compete against your friends, and even join online multiplayer battles. 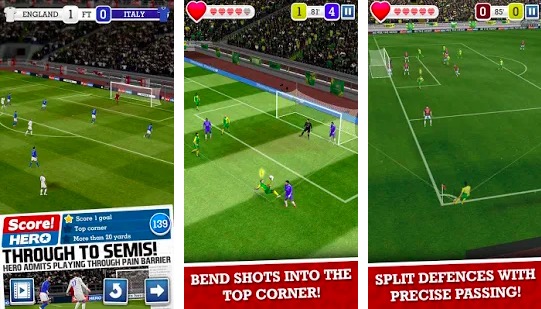 Score Hero is a 3D gesture-based football game. The user players from a young footballer’s perspective who tries to become a star of the football world. So, you will have to play different challenges in different levels and succeed. There are over 600 levels with amazing 3D graphics. You can also play against other players in online multiplayer mode. The game also syncs progress on the cloud. So, you will not lose your game progress. 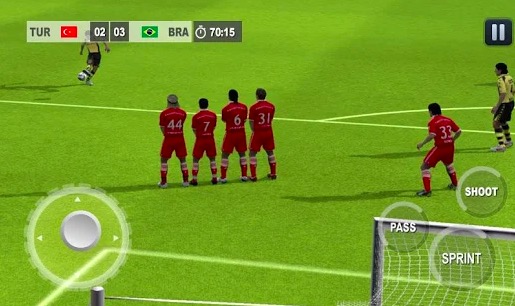 It is also one of the most notable football games for Android. It offers smooth gameplay and an amazing gaming experience. You will have to curare your team and play against national soccer teams with your favorite players. You will have to show your football skills and win. 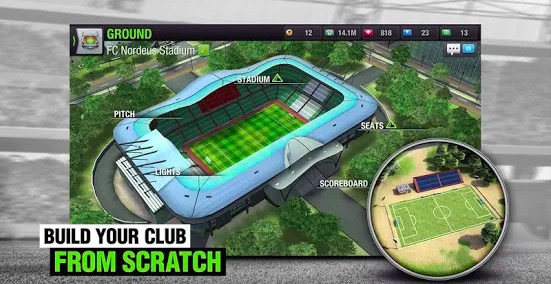 This game wants you to play the role of Football Manager. In the game, you will be making your own ultimate dream team from the available 5000 real players having the same abilities and attributes as their real-life counterparts. Then you will buy them and play the matches. You will also have to deal with losses and injuries of players. 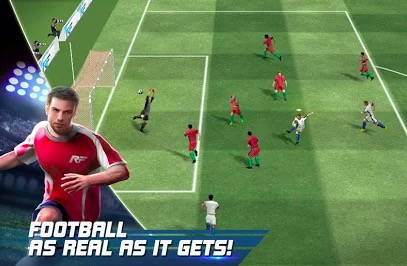 Real Football is another good football game for Android that comes with licensed football players and teams. The game has a wide range of game modes where you will be showing your football skills. The game offers good graphics and allows you to customize your team, form a team and upgrade your stadiums. You can also interact with other players by sharing videos and photos. 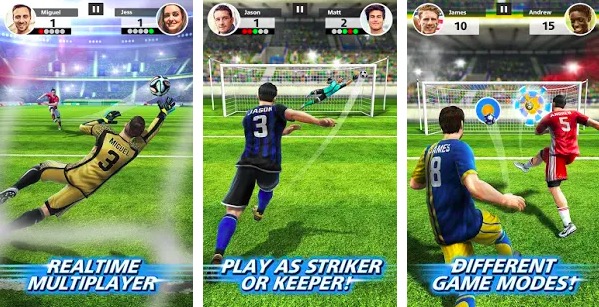 Football Strike is another football game loved by millions of people out there. The game boasts different online game modes including hitting the targets in a fast-paced, time-limited battle or take turns as both striker and goalkeeper in one on one kick mode. Even if it offers short challenges but it is still good enough for your enjoyment. You can play solo in a career mode or challenge friends. 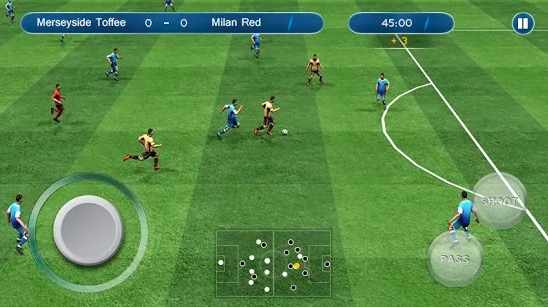 Ultimate Soccer is also a similar football game for Android that lets you build a team with footballers of your choice and play the game. There are different modes such as League or World Cup tournament where you can participate and win. You can also buy or sell players in the transfer marketplace. There are more than 1000 different players to experiment with and make your team. It also has mesmerizing sound effects and several challenging models. It also supports gamepads for better gameplay.

World Soccer League is also a good football game for Android similar to PES and FIFA. The game offers 60 national teams, 60 clubs and a total of 2000 players. You also have 4 gaming modes that are Exhibition, Cup, League, and Training. The only disappointment is the lack of licensed players. But there is no disappointment in the gaming experience. You can play games and share your success with your friends. 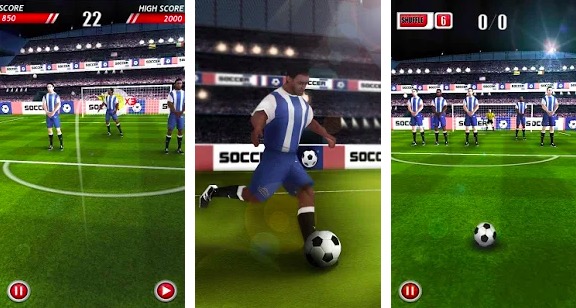 Soccer Kicks is a free kick game with 3D graphics. You just have to flick the ball to kick it out. You can adjust the direction of the gall using the swipe gestures. The game offers three modes including Target, Tournament, and Timed, & Practice, along with a 2 Player Mode as well. The game is easy to play with on-screen controls.

Soccer Stars is another excellent football game for Android. You can play with your friends or players worldwide. If you are looking for a good multiplayer soccer game for Android offering realistic graphics, you can install realistic graphics. It is Als an offline football game that you can play without needing an internet connection. You need the internet only if you want to play the online multiplayer. The app has fully customizable options and social platform integration. 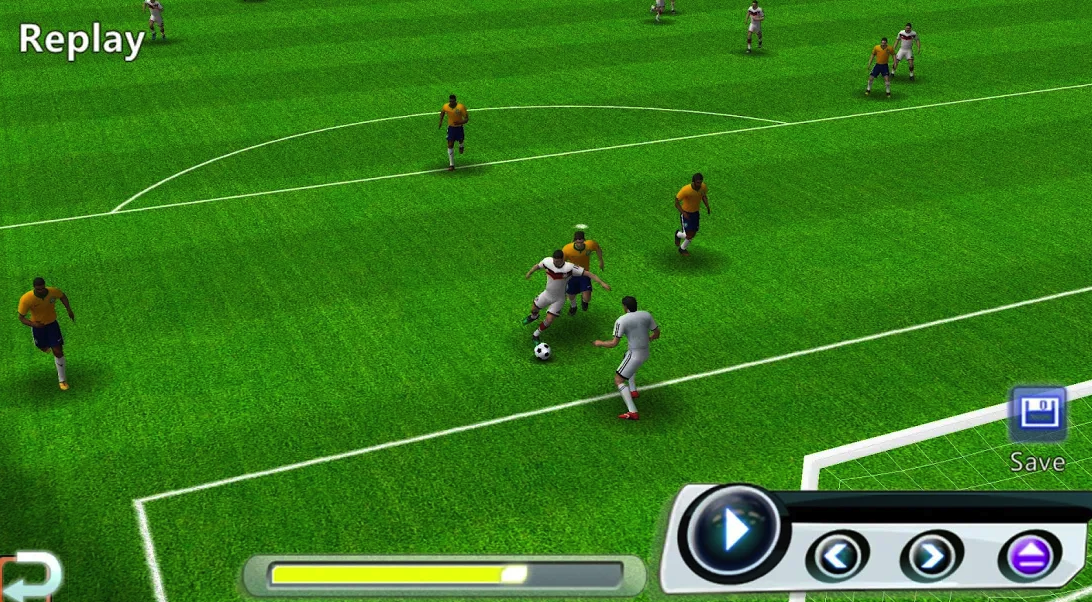 Winner Soccer Evo Elite is a free app that offers real 3D competitive football games on the Android platform. The game features 32 teams and 600 players. The game offers several modes including Cup, Friendly Match and Penalty Shootout. You can also try the training mode to polish your skills and can select 2 teams from 32 teams to compete. The game has lots of features and options for players to enjoy the game. You can also play an interactive multiplayer game. 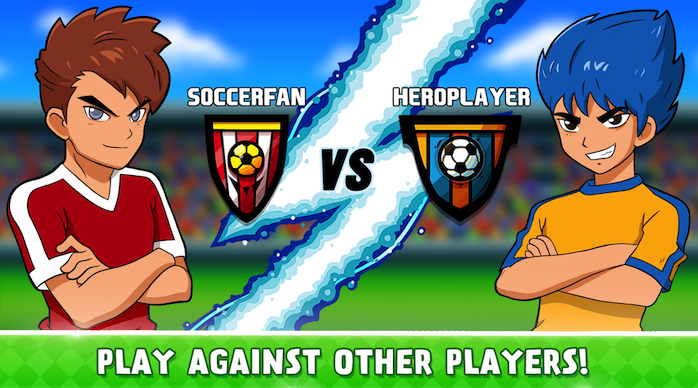 Soccer Hero is also an interesting soccer game for Android where you play as the caption and lead time. You can make your team, manage them, and play the game. With the progress, you unlock awesome skills and abilities. You can play the game both online and offline. 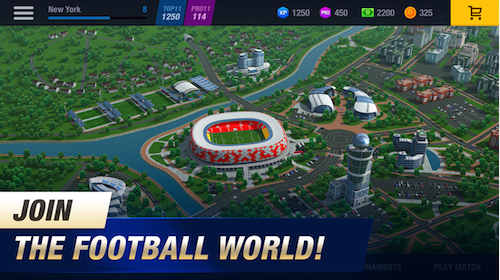 This is also a good football game to play on Android devices. You can play against real opponents. The game offers daily tasks and rewards. You can also teacup with your friends to play together. The game lets you create and manage your squad, train your player and win matches.

Here are some good games Football Games for Android. If you want to enjoy football on your mobile device, you can install any of these games and start playing. Get ready to kick the ball and celebrate your win.

If you know any other good football games for Android, you can let me know. I will try those games and will see if that is worth to include in the list.