Cimegraph makes a photo standout and sometimes it really looks beautiful. You just need to be bit creative. Cinemagraph is a relatively new concept but has become popular on social media recently. I could see several Facebook ads on social media using Cinemagraph.

If you don’t know what is Cinemagraph, Cinemagraph is a still photo in which a minor part shows a repeated movement. So, Cinemagraphs are posted in form of animated GIF or videos and people think they are actually watching an animated video. If you haven’t seen a cinemagraph before, you can have a look at the image below.

Before you use any of these Cinemagraph apps, you should know that stabilization is really important if you are recording a cinemagraph. Some of these apps have built-in EIS for recording stabilized videos. But few apps don’t feature that. Even if there is the support for EIS, use of a tripod is recommended for best results.

Here are a few good Cinemagraph Apps for Android. You can use any of these apps for creating awesome looking Cinemagraph. 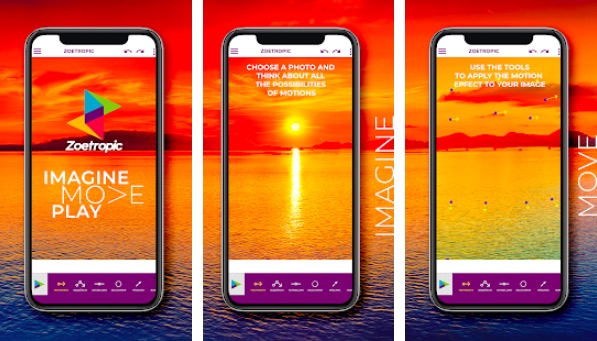 Zoetropic is the best Android app that you can use for making Cinemagraph on your Android phone. The app gives you the ability to give life to your photos. You can either capture a new photo or use an existing photo to make Cinemagraph. 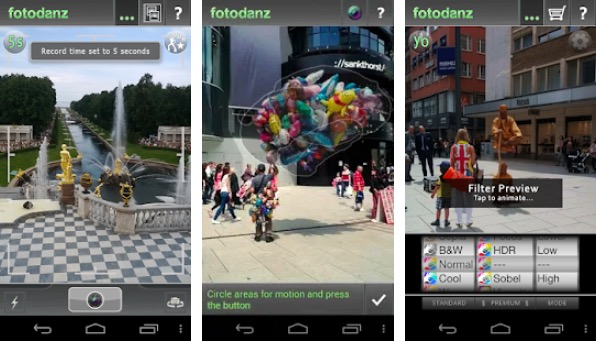 Fotodanz is also a good app for capturing moments of your life and make a cool animated cinemagraphs from it. You just need to shoot a short video clip and then choose the area you want to animate. There are numbers of filters and editing tools to enhance your cinemagraphs. 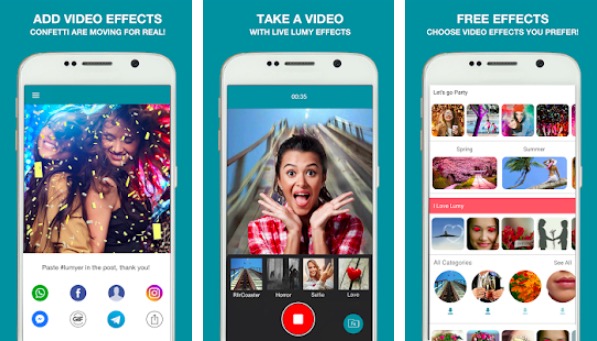 Lumyer is a popular app for photo editing, adding filters to it. The app also allows you add animated effects on photos for making cinema graphs. The app was also selected by Google as one of the best apps of 2016.

You can either choose a photo from Gallery or capture one to edit. You can add cool animated effects and then save the Cinemagraphs in GIF format. The app also allows you to share your awesome Cinemagraphs on Facebook, Instagram, WhatsApp or other social media apps. 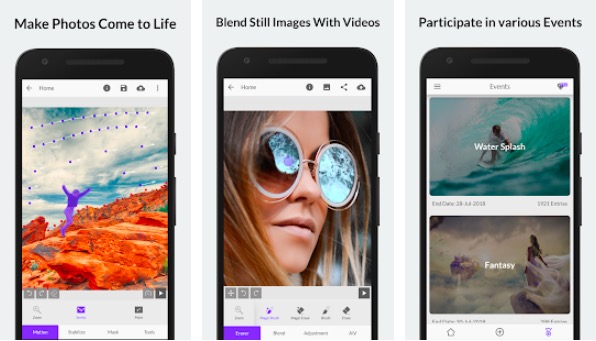 StoryZ Photo motion is another nice app that can add visual effects to still images. So, you can make your photos come to life and create awesome cinemagraphs. There are also several effects and filters for improving the output. You can add direction pointers for movement or merge a still photo with a video overlay to create amazing cinemagraphs. You can create, save and share videos in high resolution. The app is free, contain ads and offers in-app purchases. 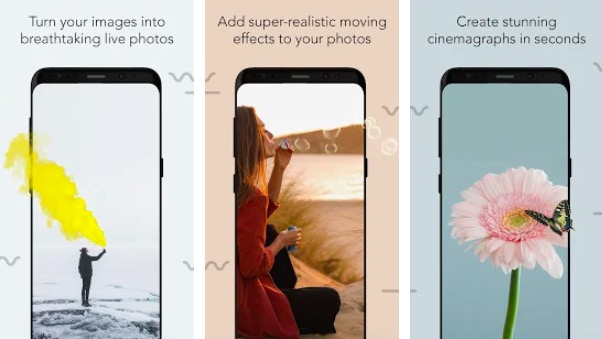 VIMAGE is also a popular cinemagraph app for adding moving effects and elements to your photos. You just need to either select a photo from the gallery or capture one. Then you can select an effect you like. There are over 70 built-in effects and more will be added. You can save your final cinemagrah on phone or share it on social media. 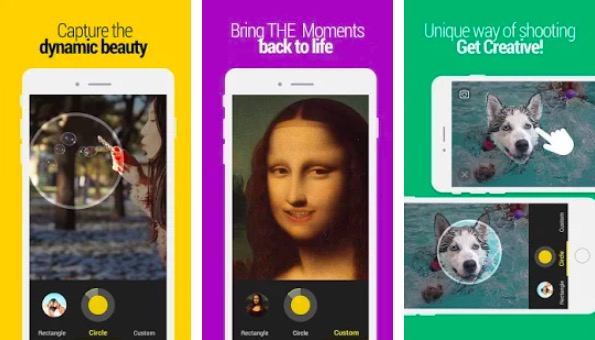 PICOO Camera is also a good app that lets you create cinema graph on your Android phone. You can select an area on the screen that you want to animate and then shoot the video. It will create good cinema graph you will love to share. You can either use square or circle pattern for selecting an area. You can even draw a custom area with your finger.

There are also several filters to improve your cinemagraph. It is not the best but a good cinemagraph app worth to try. 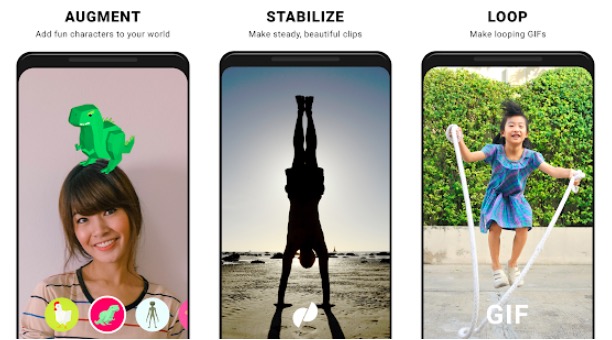 Motion Stills is the app by Google that lets you create both cinemagraphs and time-lapse videos. The app is very basic and doesn’t offer much editing tools. The app lets you create looping 3-second video and the video stabilization of the app ensures that the video looks like a still image. 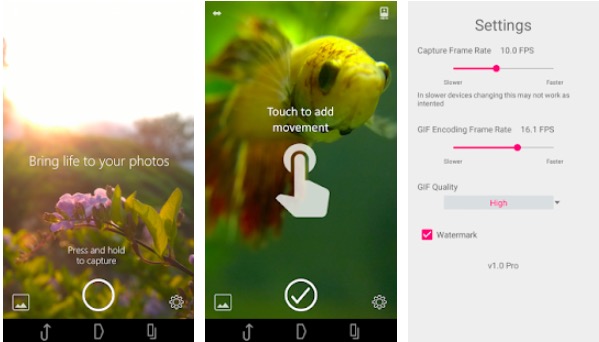 Cinemagraph is a reliable app for making cimenagraphs on your phone. The only issue with the phone is that it doesn’t feature stabilizer, so you need a smartphone Tripod to make sure your videos are not shaky. You will have to draw the area that you want to animate and then shoot the video. The app also lets you edit your recorded cinemagraph frame-by-frame. You can add filters and even customize every frame as per your need.

All of these apps let you create awesome cinemagraphs for free, but most of these apps add watermark. Some of these just allow lower quality video export. For making the best use of these cinemagraph apps, you need to purchase the paid version of the app.

I have listed all the apps I could find and test. If you feel that I have missed a cool cinemagraph app for Android that could have been the part of the list, you can let me know about it. I will surely try it and add in the list.