After two years of varying levels of contemplation, it looks like the GeForce 10 series is finally upon us. At Dreamhack, last week, Nvidia’s CEO, JenHsun Huang took to the stage and unveiled the GTX 1080 and GTX 1070. Both these GPU’s have taken the experts and enthusiasts alike by a storm and they have not been able to stop talking about them ever since.

There is a lot of things that these two new graphics processors bring to the table. In this segment, we have compiled all the relevant information about the cards for you. 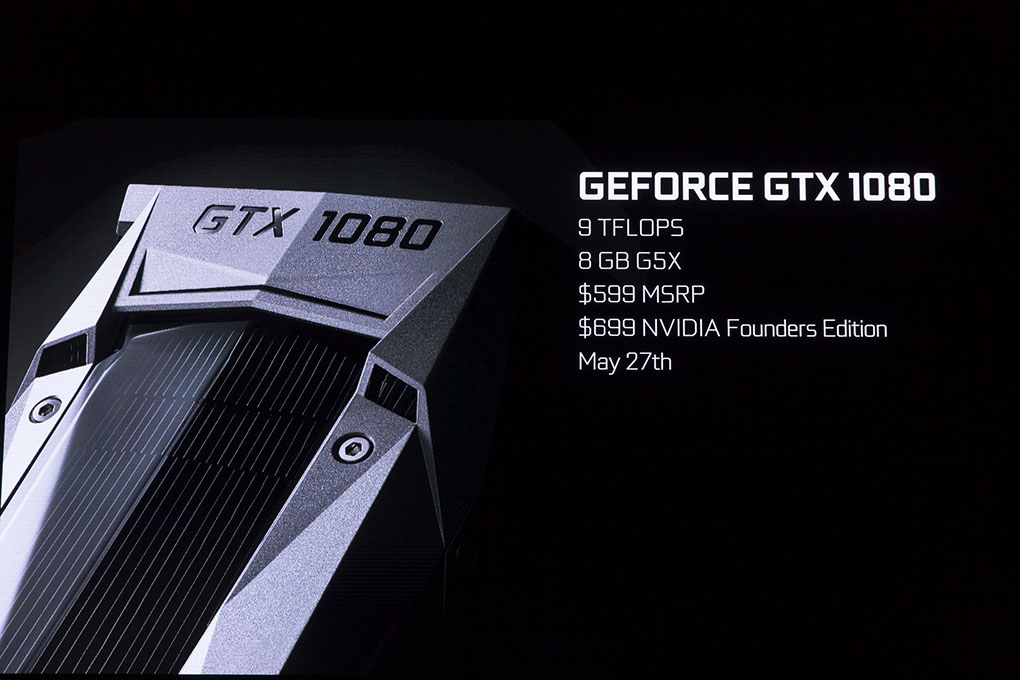 First of all, we would like to clear that the GTX 1080 is without doubt much powerful than the previous GTX 980Ti. Earlier, the top benchmark scores were held by the 980Ti, however, now according to the benchmark scores across different industry standard benchmarking tools, the GTX 1080 outperforms its predecessor by at least 20 to 30 percent. Recently, the card was shown to achieve a feat that no other card could achieve till now, running Doom 4 at 150 frames per second that too on ultra settings with everything maxed out. The performance of the latest card is also going to be much better if you look at it with a virtual reality perspective thanks to the addition of the new software utility that Nvidia has developed. The card is capable of processing 9 teraflops of single-precision floating point in each second. 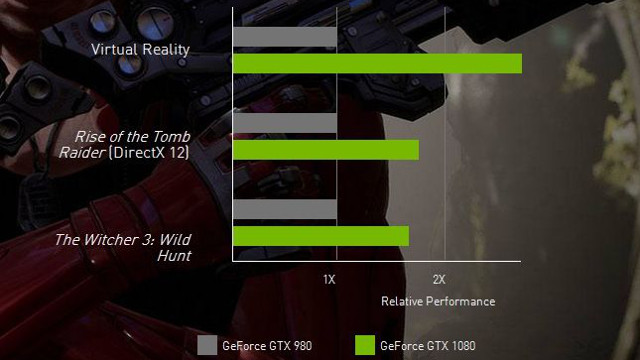 A very important thing that you should definitely keep in your mind before rushing to buy the graphics card is the fact that the company will release the Founder’s edition of the card on May 27. This edition makes use of a reference design, which unlike the non-reference design expels air out of the I/O shield as opposed to expelling it in the case itself. Such design holds good and is favourable if you are looking for a multi-GPU design and have issues in cooling properly. So, if you are looking for a single graphics card layout, you should wait for manufacturers like ASUS, MSI, and Gigabyte to officially confirm the non-reference design of this graphics card. 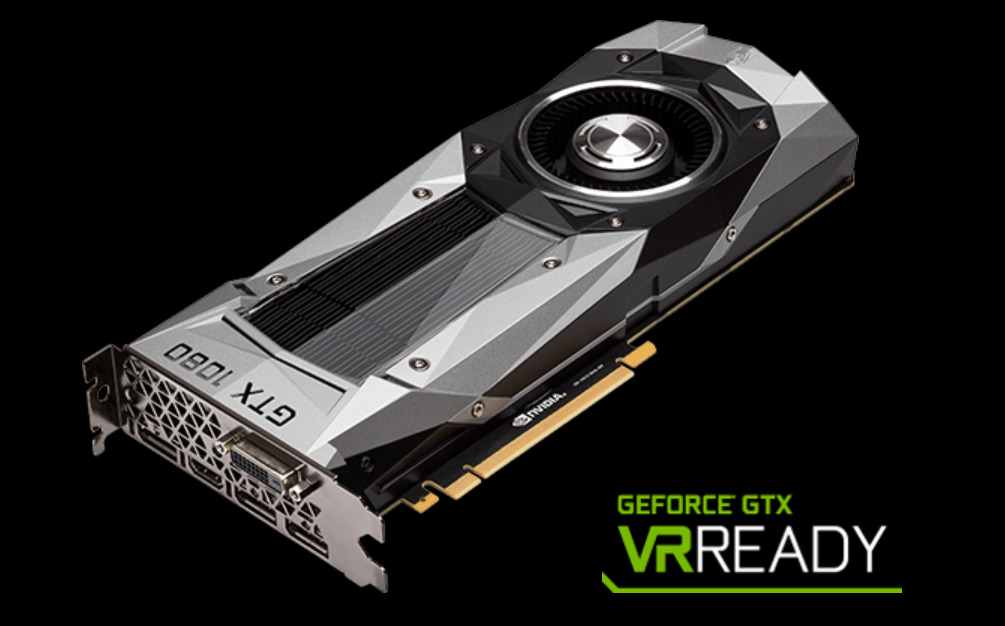 Other than the performance, the card is big on making the virtual reality experience more immersive for the users. Nvidia has created what they call simultaneous multi-projection, which is basically, the card’s ability to render what the VR headset sees as opposed to rendering large flat images and then converting it for the VR screen. This will definitely prevent the amount of pixels that get wasted when processing in Maxwell cards. To make this whole VR prospect even more exciting, the company is also developing a game called the VR Funhouse. This game is quite similar to ‘The Lab’ which are a handful of mini-games developed by Valve.

For both the 1080 and 1070, 8GB of VRAM is the new standard. In the GTX 1080, the 8GB of VRAM will feature GDDR5X technology, which the company claims is even faster than the GDDR5 that was used in the previous versions. Availability of such big chunks of memory definitely means that Nvidia is addressing the increase in the popularity of high-resolution gaming and the evolution of the VR market. 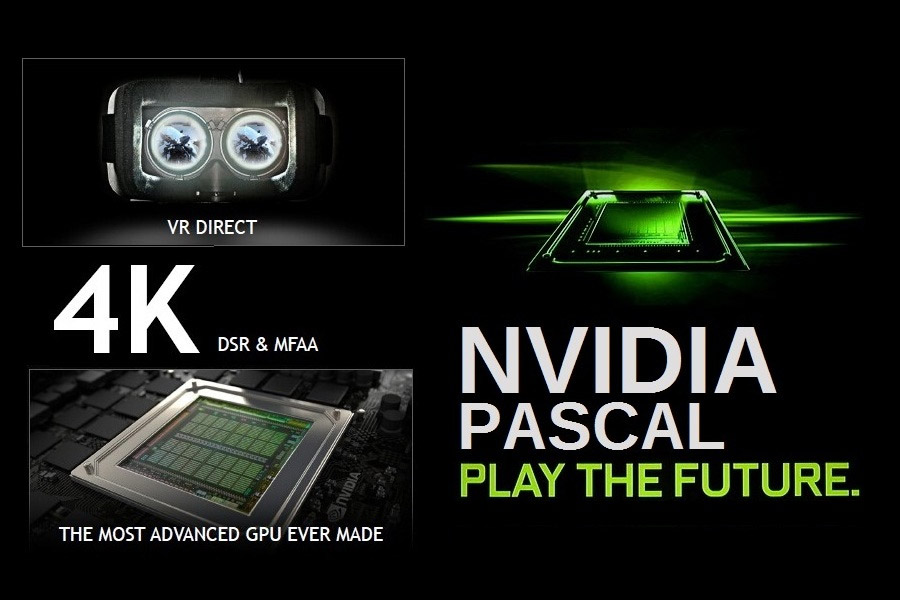 The Pascal technology is more compact and has better energy efficiency than the previous Maxwell architecture. Better energy efficiency leads to lesser amounts of heat that the GPU produces. The GTX 1080 needs 180W of power, whereas the GTX 1070 needs 150W of power and needs to be connected via a single 8-pin connector to the power source. The whole process is 16nm in size.

The new GPU also has a solution for making the whole multi-monitor gaming experience much more immersive. Nvidia has added what they call simultaneous multi-projection that allows the overall multi-display performance and displays the visuals without morphing. Multi-viewports will be used to make sure that the display is placed at the right angles when compared to the side monitors.

These graphics cards are also taking screenshot capturing to an all new level.  Ansel is the new game capture software that the company has come up with. This enables the users to take some next level, highly customizable screenshots. You can even capture virtual reality enabled screenshots that can be shared with people who have VR enabled PCs or phones.

Another remarkable move by the company is that it has finally removed the VGA port. With the reference design, you will get 3x display port 1.4, 1x HDMI 2.0b, and 1x DVI, so, for those of you who are looking to buy this card in the near future, make sure you have the compatible cabling. 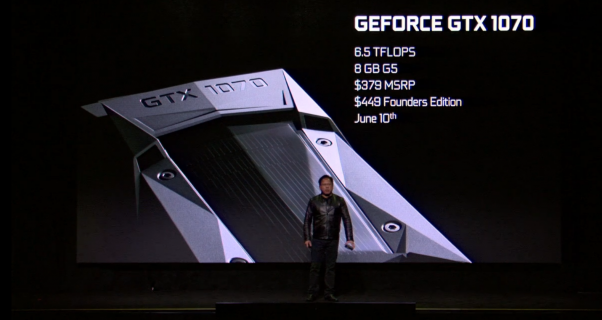 Both graphics cards have received a mixed response when it comes to popularity. Many enthusiasts have seen to be preferring the GTX 1070 over the GTX 1080 as it is priced at just half the price of the latter and is considered to have a much better value for the money. With 6.5 teraflops of single-precision floating point each second, the card is definitely an improvement over the GTX 970’s 4.7 teraflops. So, until and unless, AMD does something remarkable with the Polaris line of cards, Nvidia is going to dominate the lower price range market as well.

The price is another factor that is to be taken under some serious consideration. It is true that the GTX 1080 had made a debut priced at $599, however, according to some reports that are making their rounds on the Internet, there are chances that the $699 price tag of the reference Founder’s edition card may bleed over to other non-reference competitor cards. So it is definitely advisable for you to wait.

Last but definitely not the least, AMD is known for launching low priced “alternatives” to Intel’s processors and Nvidia’s graphics processor. With the widely anticipated launch of the Polaris series by the company, it will definitely be very interesting for us to see how it fairs against the Nvidia cards. However, it is being touted that the new generation of cards is definitely going to be more powerful. The good news is that the wait is not that long as the company is expected to unveil the latest generation by the end of May.