After almost a month of its release, the LG G5 is all set to make an appearance in the Indian markets. As we all know, LG has been focusing mainly on modularity and performance aspect of the device, but the real question is, do we have a masterpiece of a device and how does it fair against its predecessor, the LG G4. We have all the comparison covered in this segment ending with our summary and the reasons why you should consider the upgrade.

If you want to check side by side comparison, you can follow this link to see: LG G4 Vs. LG G5 – Comparison

Starting with the comparison, we will first focus on the design aspect of the two devices. First, let us get the numbers out of the way before moving on the finer details of the design changes. The LG G5 is 7.7mm thick and weighs at 159g and features an all metal build, whereas, on the other hand, the LG G4 is 9.8mm thick and weighs 155g. The material of choice for the G4 is plastic with a removable back that you can change to a huge selection of varying materials.

As far as the looks go, we are looking at a complete overhaul of the design in LG G5. Where the G4 looked a lot like its predecessors, the metal design of the G5 is a definite improvement over the plasticky feel of the G4. However, experts around the world have been complaining about the lack of “metal feel” of the G5 and the fact that the chamfered edges of the device feel a bit sharp when holding the device. The G4, on the other hand, takes some design characteristics from the G Flex series, featuring a slightly curved form factor, which was highly appreciated and talked about.

On shifting to the G5, you will definitely miss on the leather back of the G4, however, how you take this fact is completely a matter of personal preference.

Where we have a removable back cover on the G4, we have a modular design on the G5, both of which are quite unique and useful in their own way.

Another important design and feature aspect that you should consider is the fact that the G5 comes with a biometric fingerprint sensor embedded in the power button which is still at its usual spot in the back of the device like previous LG devices. This feature is lacking on the G4. 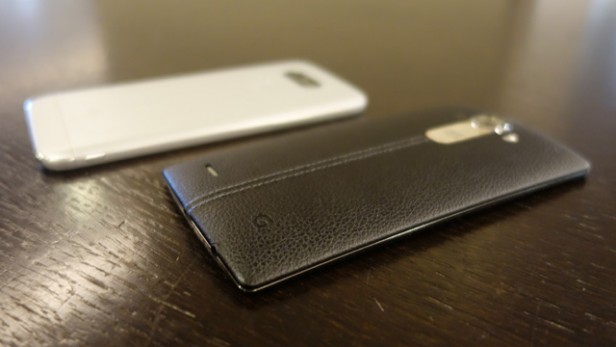 Definitely, one of the most important aspects of any smartphone, the display on the two devices could be a deal breaker for many potential buyers.

Both the devices feature a display with a resolution of 2,560 x 1,440 pixels, down to the IPS Quantum Display technology, however, they do differ in the size. Unlike its predecessor, which featured a 5.5 inches wide display, the G5 comes with a slightly smaller 5.3 inches wide display. The difference in size does lead to the difference in the pixel density on the two devices with 554ppi for the G5 and 538ppi for the G4.

However, the closeness in the specs of the two displays vanishes as far as the brightness is concerned, as, the difference is definitely massive and notable. The display on the G5 has 900 nits of brightness, which is almost double of the 454 nits brightness on the G4. This fact will definitely make a difference on sunny days and outdoor lightening conditions.

Another nifty feature that made its way to the G5 is the ‘Always On’ display technology. Like the Samsung Galaxy S7, the G5 will be able to display notification information, clock, and small data like the calendar on the display. However, unlike the AMOLED display on the Samsung device, the whole screen will light up for this feature on the G5. 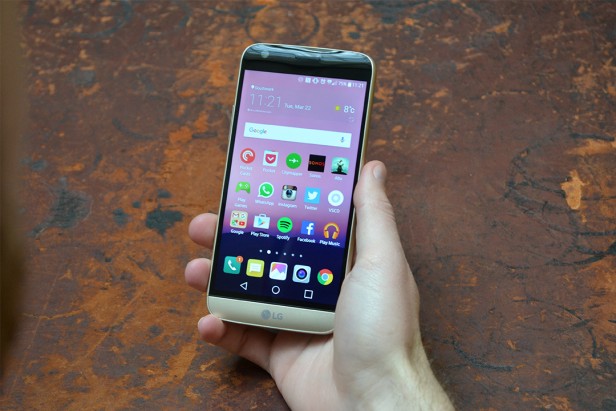 Here, without even going to the specs of the two devices, we can easily say that the G5 is the clear winner.

Powered by a quad-core Qualcomm Snapdragon 820 chipset having a dual-core clocked at 2.15 GHz Kryo and another dual-core clocked 1.6 GHz Kryo along with the Adreno 530 GPU for graphics processing, the G5 outperforms the Hexa-core Qualcomm Snapdragon 808 chipset without any doubt as it was not even the fastest processor in the previous generation. The 820 chipset is said to be 40 percent faster than the 810 chipset, which was the better performer in the previous generation.

The available RAM on the two devices has also gone up from 3GB in the G4 to 4GB in the G5.

However, the internal memory on both the devices is 32GB and both of these come with an external storage expansion slot. 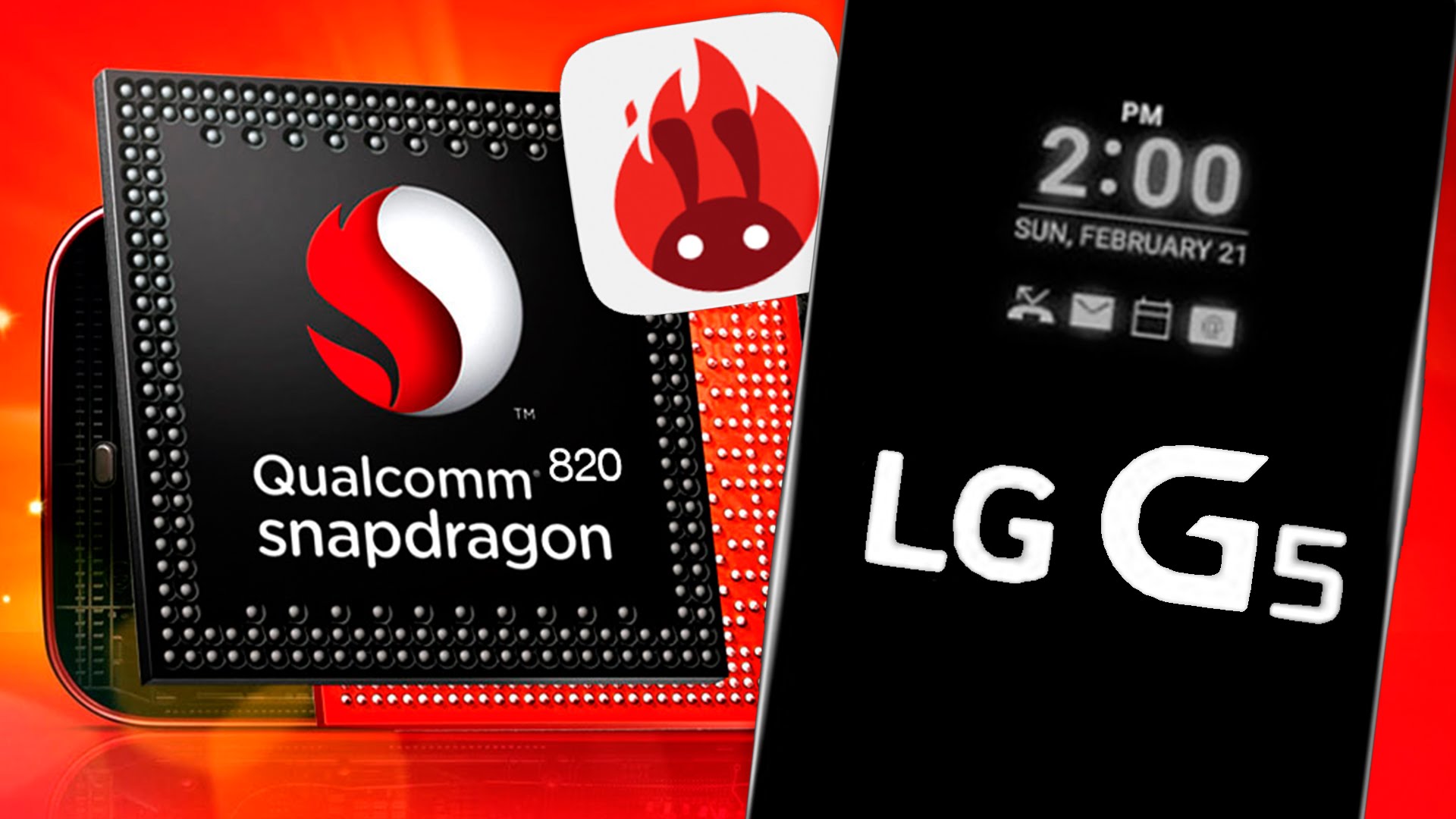 Both these devices have a very good camera performance. The LG G4 was one of the best cameras that you could get on a smartphone in 2015, however, the LG G5 takes the whole thing to a completely new level.

The primary camera on both the devices is still at 16MP, however, the rear camera in the G5 is now joined by a secondary 8MP camera that has a field of view of 135 degrees enabling the user to capture those wide angle shots. The two lenses on the G5 have an aperture of f/1.8 and f/2.4 and feature OIS along  with laser autofocus. Whereas the lens on the G4 has an aperture of f/1.8 and a sensor size of 1/2.6. It also features OIS.

Both the devices come with 8MP front-facing shooters, so there is not much of difference here. 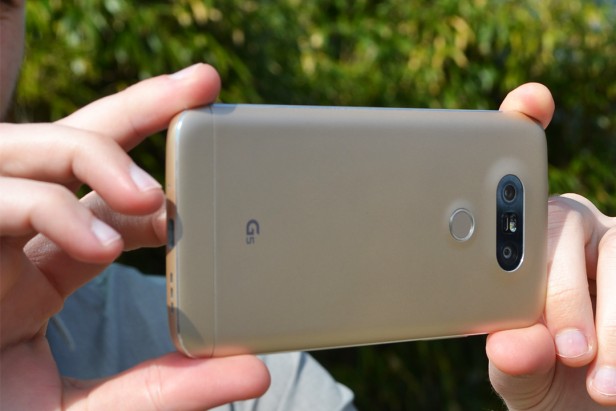 The LG G5 features a slightly smaller 2800 mAh battery as oppose to the 3000 mAh battery in its predecessor. Both of these batteries are removable. However, as far as charging times are concerned, the G5 has an advantage due to the USB type C charging port that has some performance improvements when compared to the USB 2.0 on the G4. 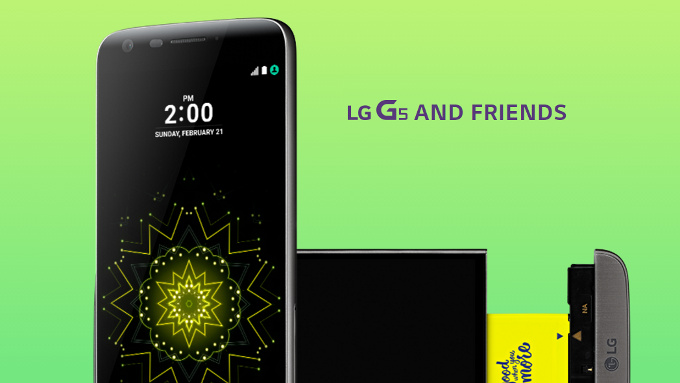 Given the price drop, the G4 is still a good device to buy at present, however, it is definitely not offering what its latest rendition does. Summarising everything, the things that make an upgrade to G5 from G4 a good option are listed below.