HP Pro Slate 8 weighs just 350g and feels light in hand even if it has metallic design. It looks nice. It is just 8 mm thick. It has speakers at the top and bottom both side at the front. It has volume rocker keys and power button at the right side. At left side, it has sensors to communicate with HP Duet Pen, docking port and sim card slot.

HP Duet Pen: It is stylus which come with the tablet. It uses Qualcomm Snapdragon digital pen technology. You can use it as a regular stylus on the tablet. It also has the ability to recognize what you are writing on the paper with this stylus. But you have to put sensor at the left side of the tablet. It has 7.9 inch display with 2,048 x 1,536 pixels resolution similar to Apple’s retina display. Viewing angles of the device are good. Display is also protected with Corning Gorilla Glass 4 protection.

It is powered by a 2.3 GHz Quad-core Qualcomm Snapdragon 800 processor with 2 GB RAM. It comes with 16GB/32GB storage models. Performance of the device is good. It can also be used for normal gaming purpose.

It runs on Android 4.4 Kitkat. It also comes with HP Paper Folio which lets you use HP Duet pen to write on paper and save it in your tablet.

It has a 8 megapixel autofocus rear camera and a 2 megapixel front camera. Both rear and front cameras can record full HD video. It has Google camera app to capture photos. I have also added video recording and camera photo sample at the end of the post. Non-removable Li-Po battery (21 Wh) which claims to perform good. I continuously used the device for few hours to check the software features and performance. Battery performed well. It i expected to offer around 13 hours backup. Price of HP Pro Slate 8 tablet: This tablet will be available in India in May for Rs. 33000. 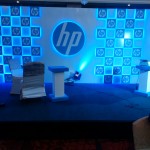 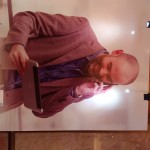