Google has started sending invitation for a Google event in event in San Francisco, Calif on July 24. Google has not revealed anything in the invitation. Main Heading of the invitation says, “Please Join us for breakfast with Sundar Pichai.” 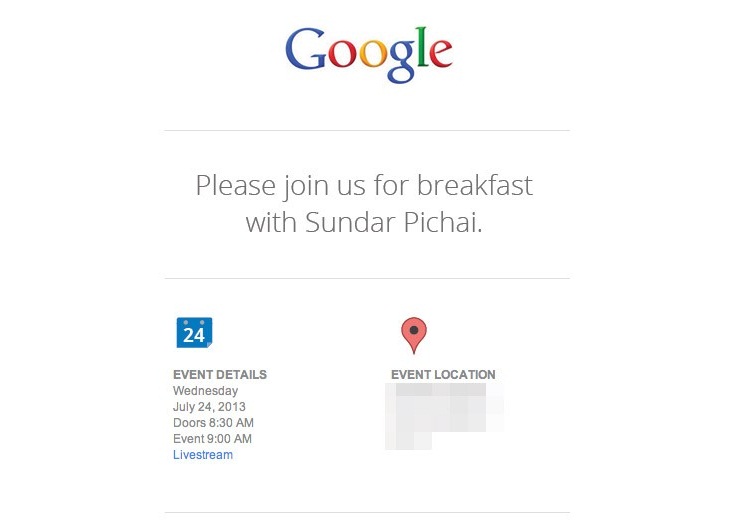 Sundar Pichai is the head of Chrome and Android division, we can guess that the event will cover new development in Android and Chrome. Google will also live stream the event. It suggests that there is something big to announce. We can expect the announcement of Android 4.3. There is also a possibility of new Nexus Tablet built by Asus. We can also expect the details of rumoured Moto X smartphone. But Moto X is anther big thing for Google. We should expect a big separate event for that.

The event Will begin 9:00AM PDT (9:30PM IST). Stay with us for details. Whatever happens, we will update it as soon as Google hints any detail about the event. Subscribe Techlomedia for more Android and technology related news.