Search giant Google has announced its hacking competition pwnium. Pwnium contest will be held in March and Google will pay up to $3.14 million. This time, target is its browser based operating system Chrome OS. 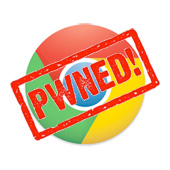 “We believe these larger rewards reflect the additional challenge involved with tackling the security defenses of Chrome OS, compared to traditional operating systems,” said Evans, an engineer with the Chrome security team.

Evans added, “Standard Pwnium rules apply: the deliverable is the full exploit plus accompanying explanation and breakdown of individual bugs used. Exploits should be served from a password-authenticated and HTTPS-supported Google property, such as Google App Engine. The bugs used must not be known to us or fixed on trunk. We reserve the right to issue partial rewards for partial, incomplete or unreliable exploits.”

Google has yet to announced the rules for this competition but it will be posted here on Chromium security page.