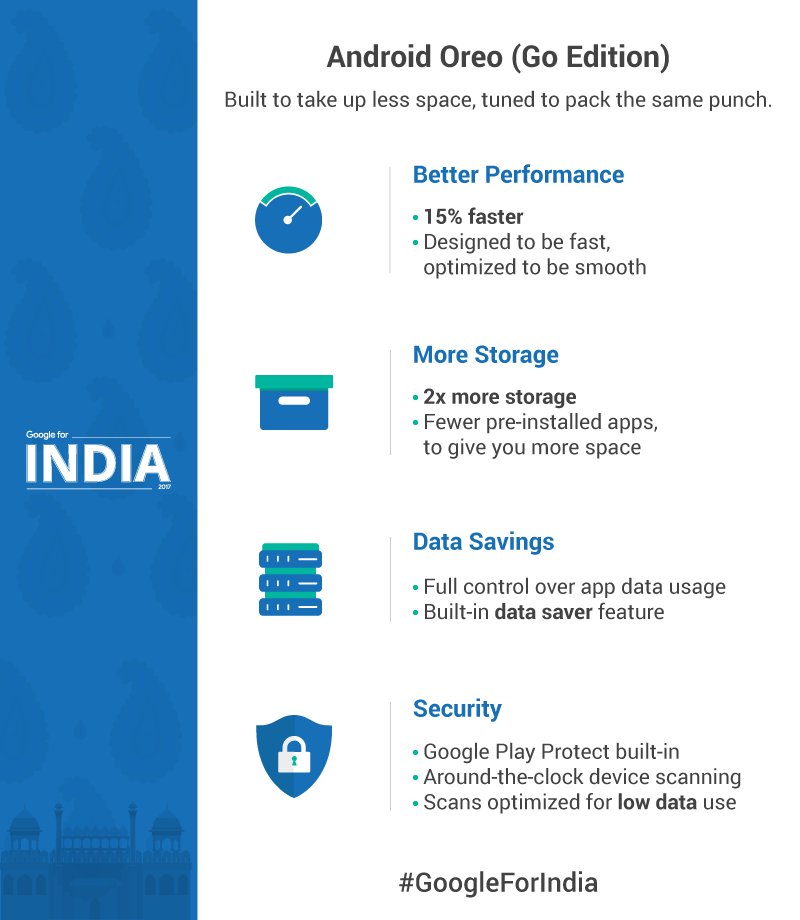 Google claims that the average app is now 15 percent faster on Android Go. Preinstalled apps on Android Go also takes 50 percent less space. Google also promised to work with developers for bringing optimised apps for Android Go as well. Apps that are already optimised will be flagged as Go-ready.

Google is also giving data-saving features turned on out of the box. So, everything you access on Chrome will come through a Google server after data compression. Google also recently launched Datally app for tracking your mobile data.

Android’s data saver feature is on by default. Google also offers the same level of security that you get in Android Oreo. Google claims that Android Oreo is the most secure Android yet. So, same applies to Android Oreo Go as well.

With Android Oreo Go, we can now expect better entry-level smartphones. Even if you will miss feature features, the performance will be better with Go-ready apps.