The primary change in this update is the ability zoom in and out while recording video through the app. Just by sliding a finger up and down the screen, you can zoom in or out.

Also see: WhatsApp for iOS to get GIF support soon

From the main interface of the app, one can now delete, archive or mark multiple chats as read in one go. But, Mark as Read and Delete multiple chats is not applicable if you try to include a group conversation.

You can also see the change in the emoji size. Now emoji show up bigger in a thread. Initially, only heart emoji showed bigger. If you try to put multiple emojis in one go, these will show smaller. 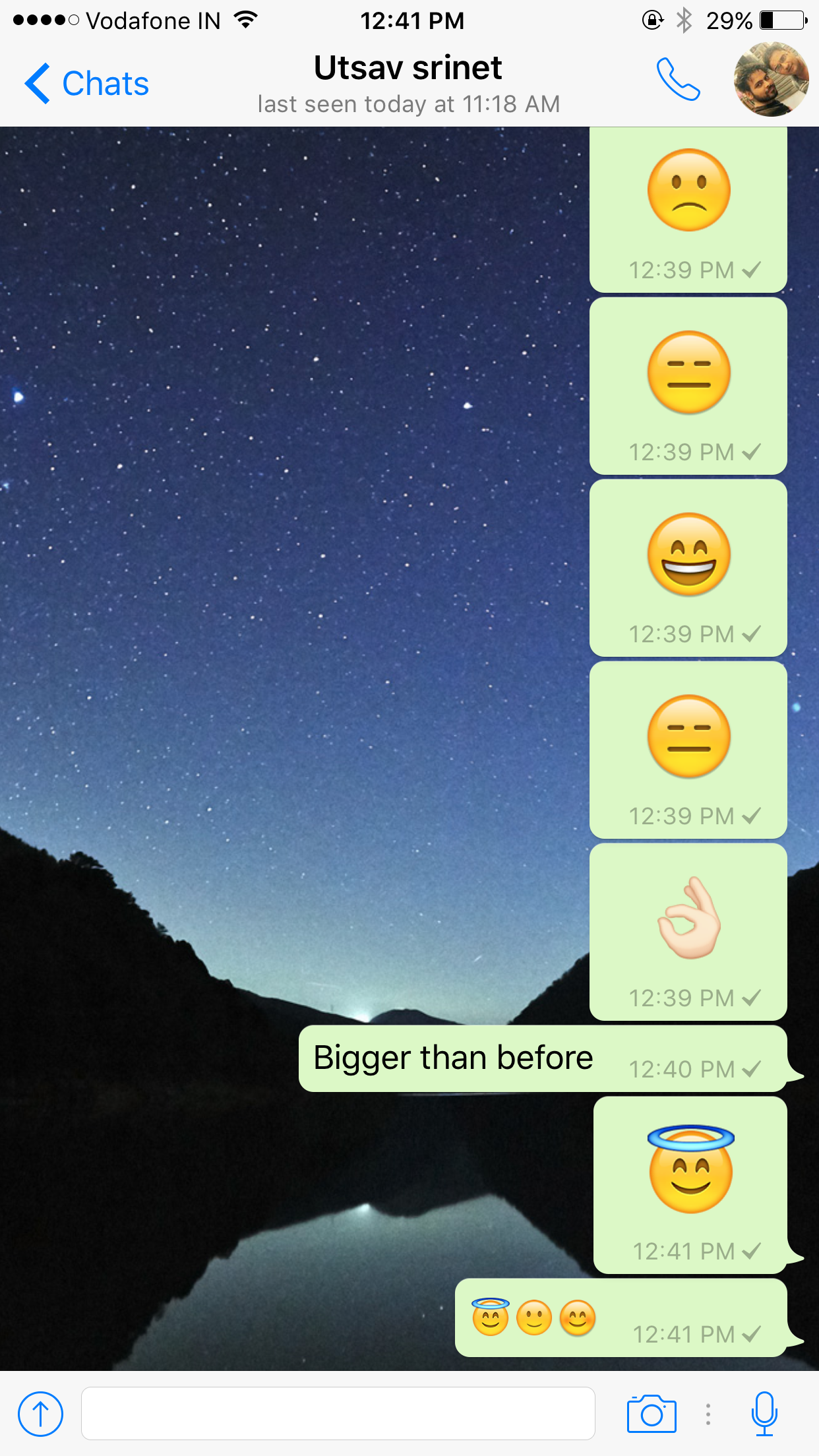 There are also few bug fixes and improvements. Chat threads are now faster to load and can now be scrolled through continuously. It makes it easy to access the older messages without requesting to scroll again the older messages.

All these changes are already live on WhatsApp for iOS. Check your app and let us know your views on this update.